We came down to Summit to track the recent layers of buried surface hoar, take a look at the facets below the New Year’s crust, and see how the continued warm temperatures are affecting the snowpack. We found surface hoar buried about 10″ deep under the snow from the past week, but it was hard to find and did not produce any unstable test results. The facets under the New Year’s crust are still large and not very confidence inspiring, although they have rounded and gained a little strength over the past month.

Despite the very different snowpack compared to Turnagain Pass, our terrain choices are very similar. Big picture: there is a thick slab sitting on top of weak snow. It is becoming more difficult to trigger, but if you find the right spot it has the potential to go huge. In Summit the layer of concern is still the facets below the New Year’s crust.

The avalanche on Butch had rocks and tundra poking out of the bed surface- indicating a deeper weak layer. The large avalanche on Moose looks like it actually went once during the 3/22-3/25 cycle, and then again more recently. The crown looked to be 6-8' deep or deeper, but the bed surface did not have any rocks or vegetation in it. This indicates it is most likely a really thick wind slab, potentially failing on one of the newer weak layers of buried surface hoar.

Warm and cloudy, with some very brief holes in the clouds. We saw maybe 100 snowflakes falling while we were out. Winds were light out of the northeast, with occasional moderate gusts.

The snow was locked up at the road in the morning, but the surface crust melted up to about 1500' in the afternoon. Above 1500', the breakable surface crust was everywhere except for the most northerly aspects, or little pockets that were shaded by trees. The new snow from the past week had settled to about 10".

There was a layer of surface hoar on the surface that had melted on most aspects and was intact but laying down on shaded slopes. It did not look nearly as concerning as any of the other surface hoar layers that formed earlier in the month.

We dug three pits on east to north aspects. Two were at around 2400' on east and north aspects, and one was at 2800' on a northeast aspect. We found a layer of surface hoar about 10" deep at the interface between the 'new' and old snow, but it did not give any alarming test results (ECTN24, ECTX). The New Year's crust was 3-4' deep, with 4F hard facets below. The layer of facets did not fail any stability tests, but it is remarkable how long that nasty layer is sticking around. At this point it has been buried for over 4 months and it is still showing cause for concern. 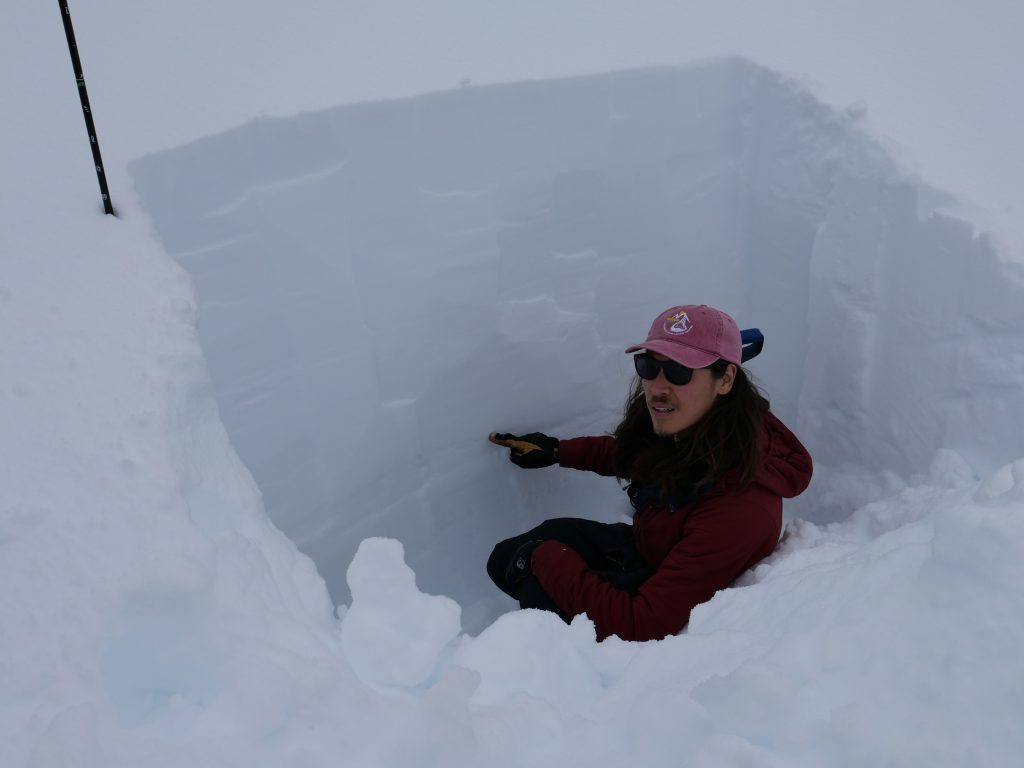 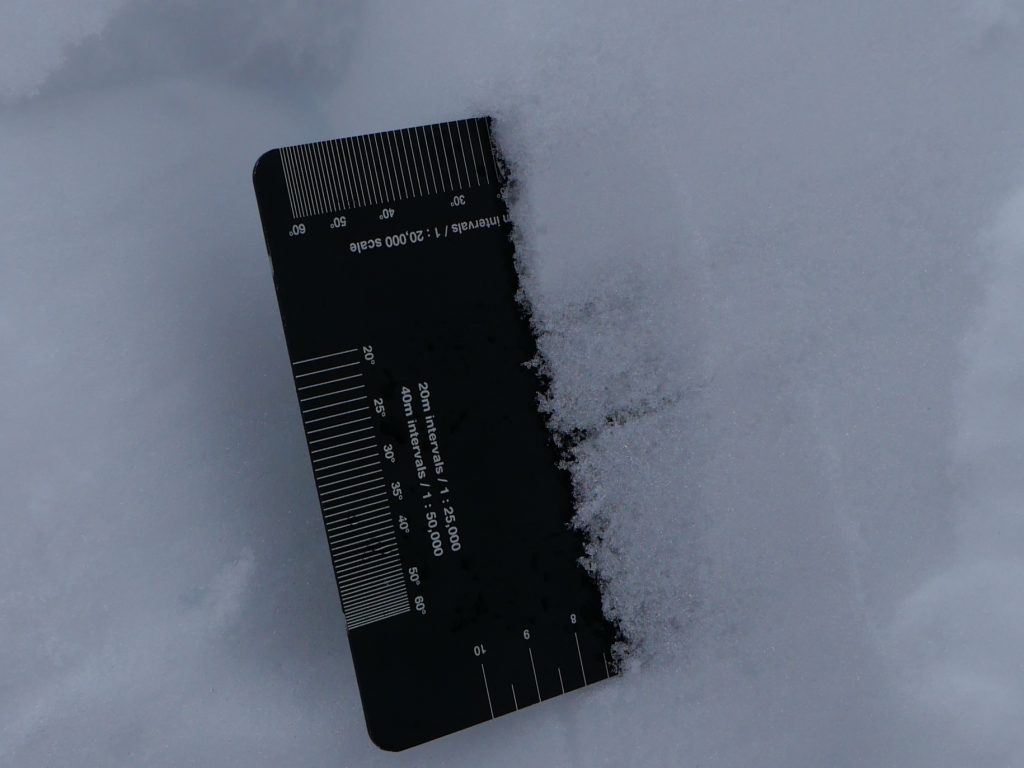 A layer of buried surface hoar in the pit wall. The layer was about 10" deep and unreactive in stability tests. 03.31.2022 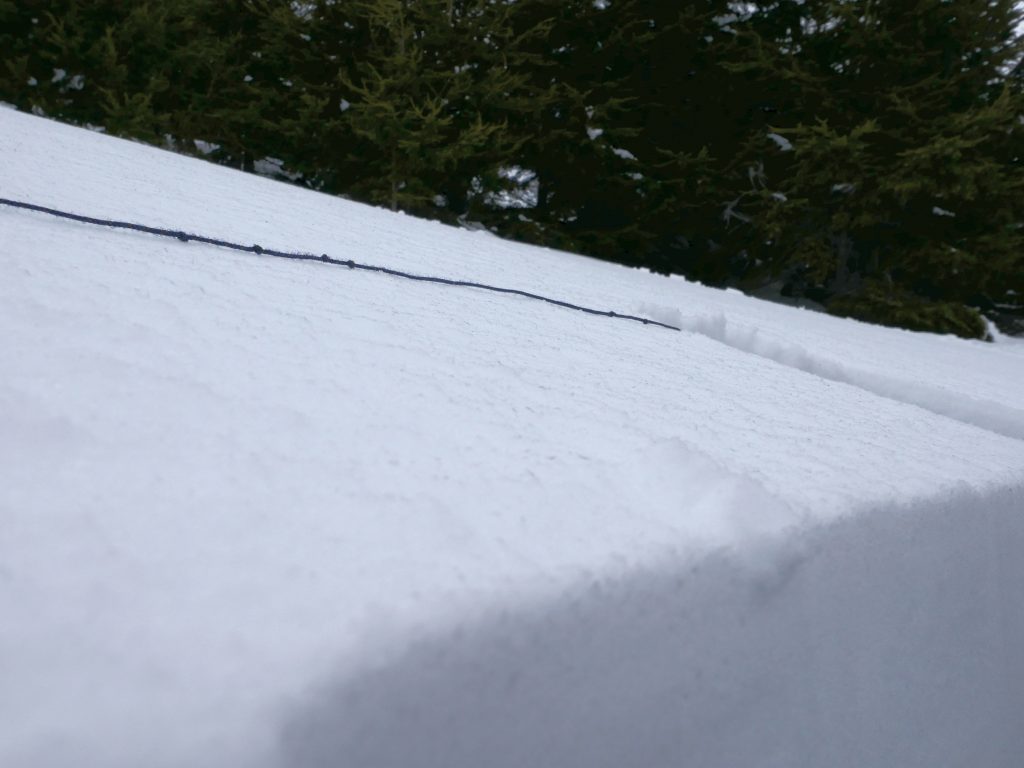 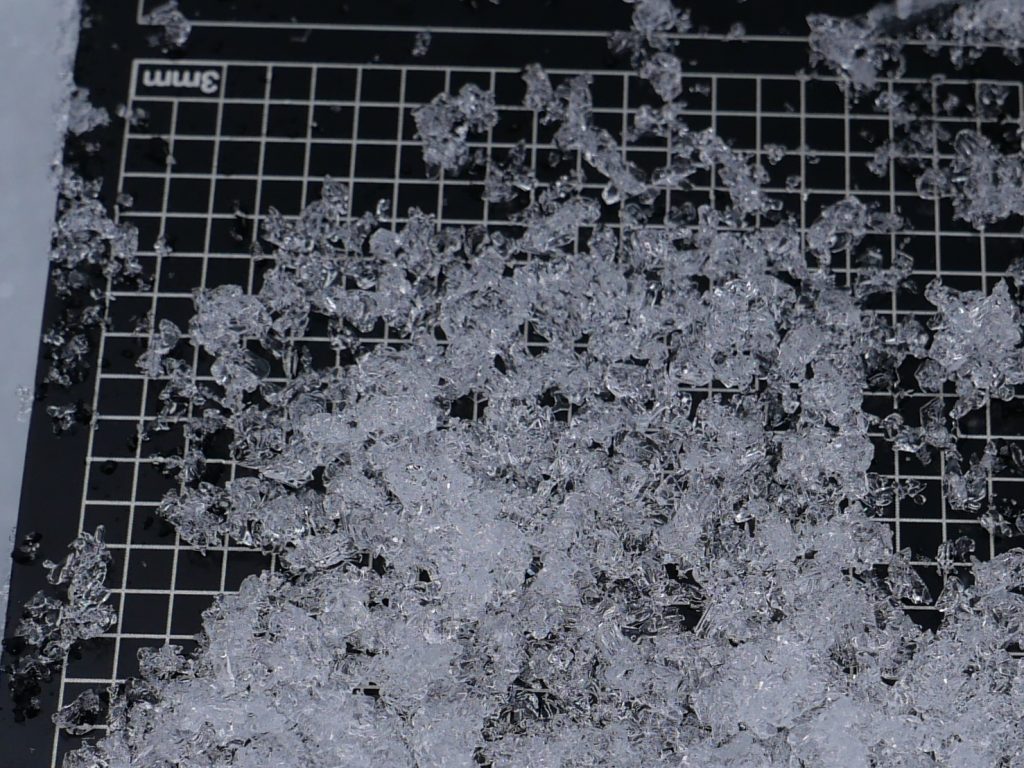 The facets under the New Year's crust are starting to round, but very much still there. 03.31.2022 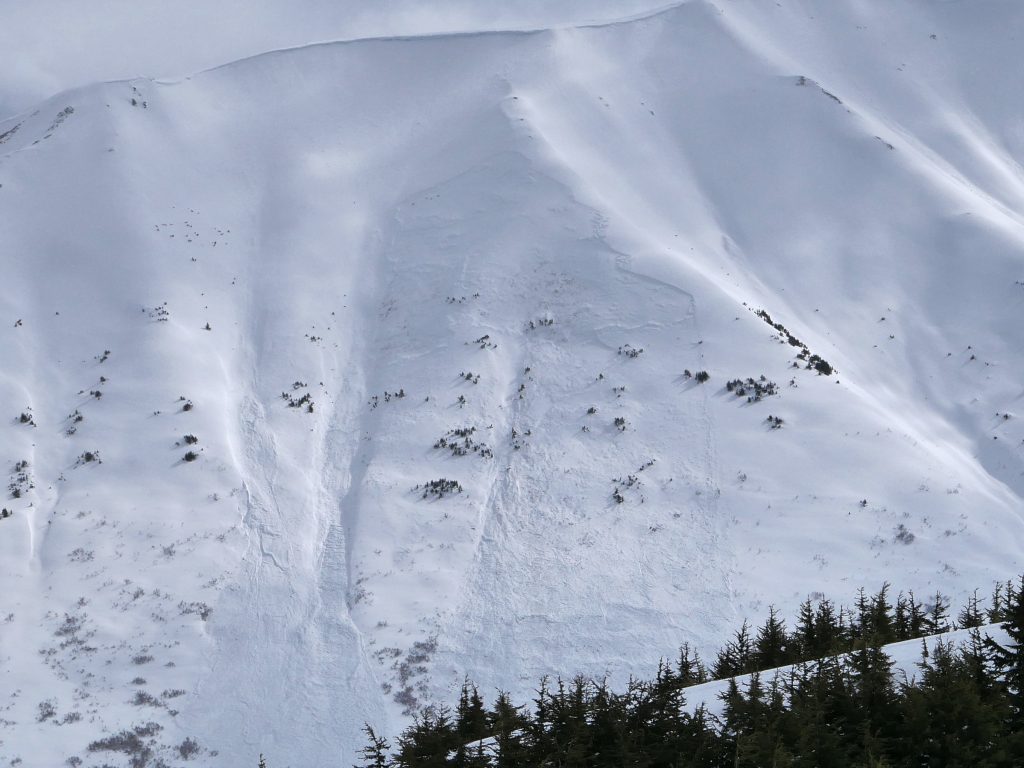 Looking across the valley at the avalanche on Butch first reported last Friday. The rocks in the bed surface indicate that this avalanche failed on a deeper weak layer. 03.31.2022 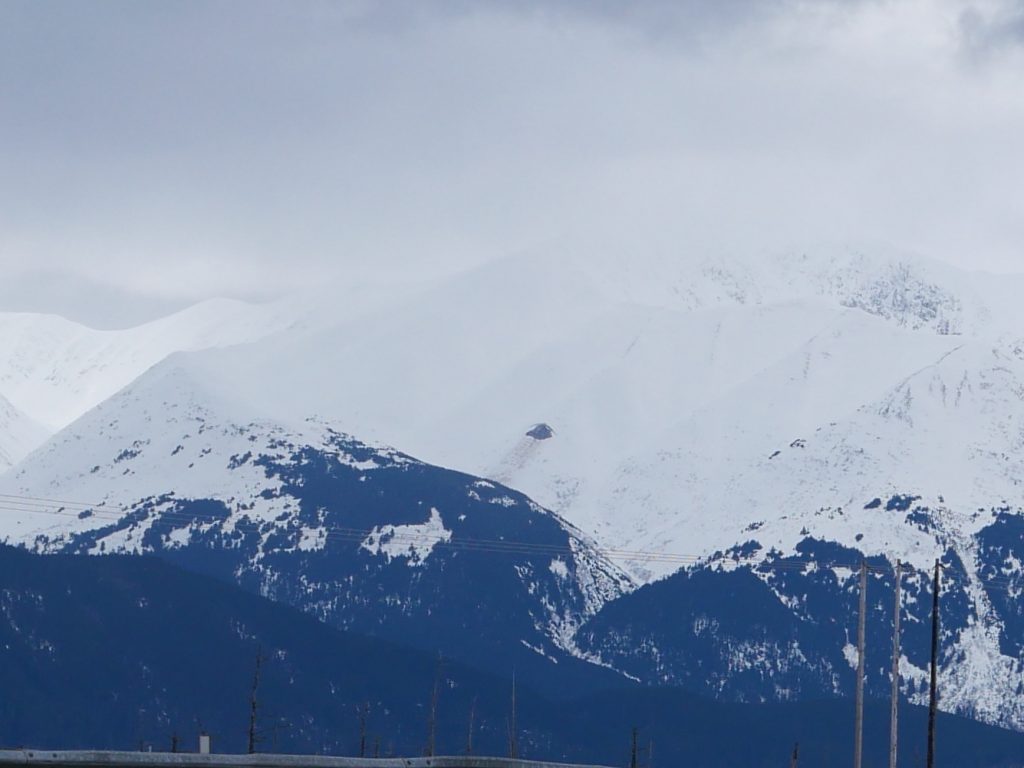 Fresh glide release up Sunrise creek across the Turnagain Arm from Girdwood. 03.31.2022 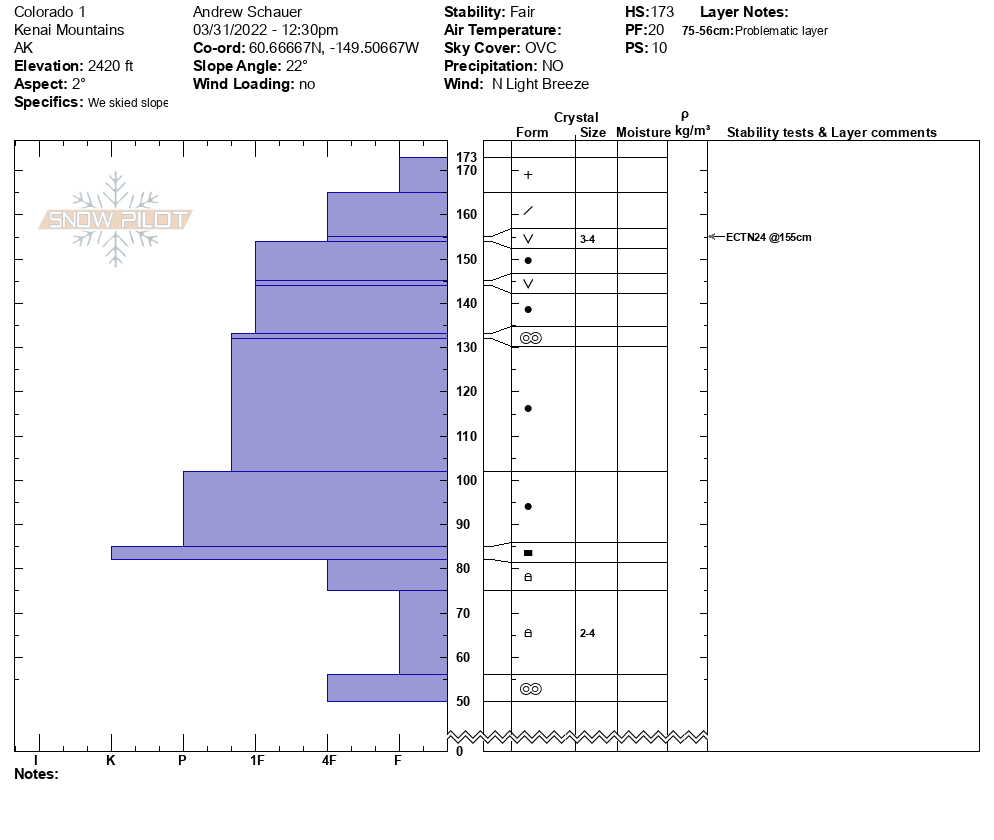 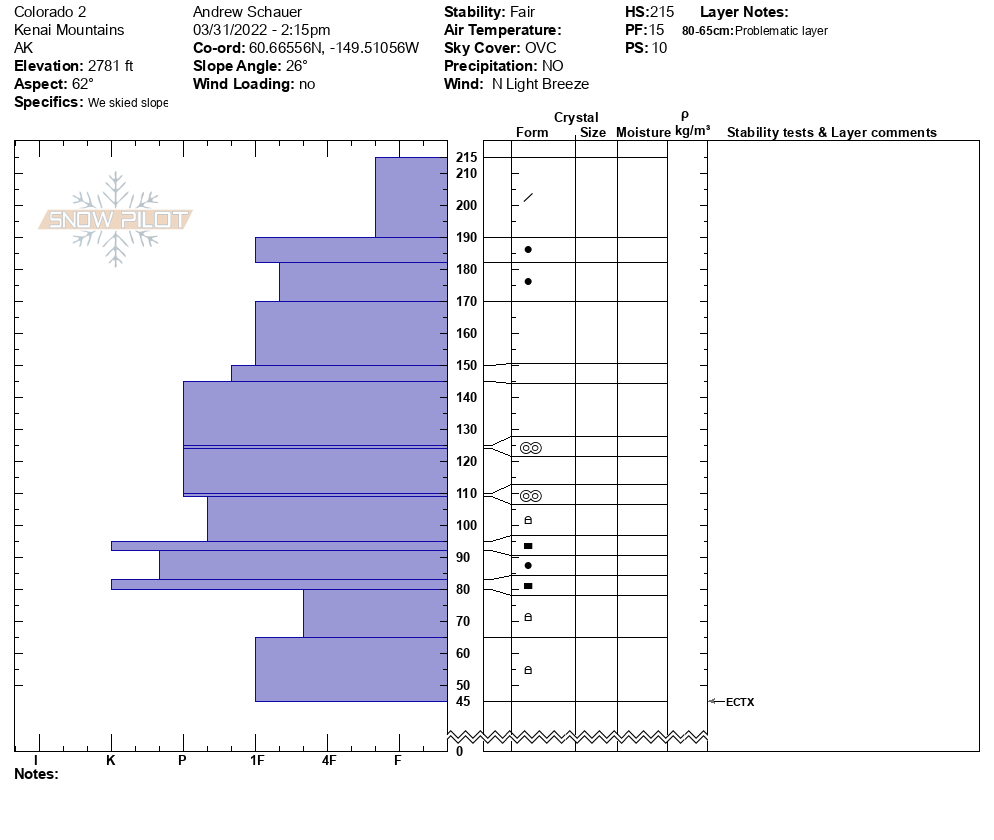 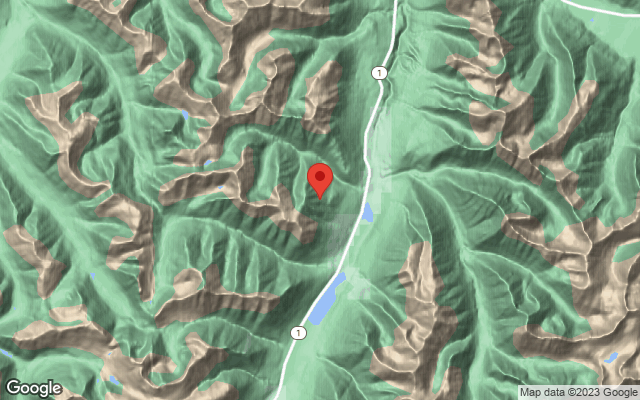