Toured up to 2800′ to take another look at the snowpack in Summit. Overall structure was the same concerning layer cake we’ve been seeing in the Summit area, with the New Year’s crust buried 2-3′ deep, and a weak layer of well-developed facets buried 3-4′ deep. Those facets were unreactive in our pits, likely because of how stiff the NY crust was. But the poor structure was enough reason for us to be careful with our terrain, avoiding the steeps.

We saw recent activity across the highway on Butch, which looked to have been within the past few days.

We saw crowns from 3 recent avalanches on Butch. One of which looks to be in the observation we posted with Paul W's photos from 2/10. Linked here: https://www.cnfaic.org/observations/summit-lake-24/. The other two were around 250' wide, and looked to be 2-3' deep. There was bare ground exposed in parts of the bed surface.

Cloudy skies with light snowfall picking up around 2:30. Winds were light and variable but generally out of the south. Temperatures were just below freezing, and the snow seemed like it was borderline drizzle back at the parking lot at 4 p.m.

There was about 6" soft snow on the surface from the parade of storms over the past week. This new snow was capped with a thin (5mm) crust up to about 2500'. The crust was brittle enough that skiing quality was still good.

The snowpack had all of the same characteristics that have been reported in the Summit area over the past few weeks. The New Year's crust was buried 2-3' deep and was highly variable. In some places the crust was 4-5" thick and set up as hard as concrete, in others it was a sandwich of melt forms and ice lenses 1-2" thick, and in others it was a single ice lens 1/2" thick or thinner (See attached photo from Heather's pit for one of these). The crust properties were changing across the slope on the scale of tens of feet.

The November facets were well-developed and borderline depth hoar in some of our pits. Despite this really weak layer, we did not get any propagating results in our stability pit. This was likely because of how stout the New Year's crust was. 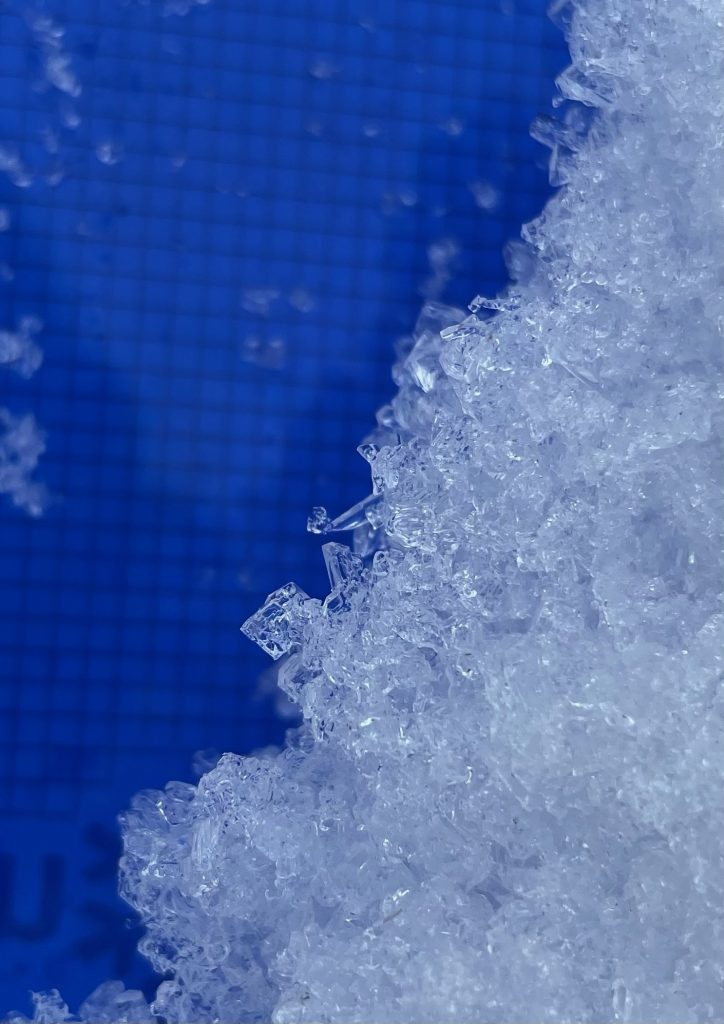 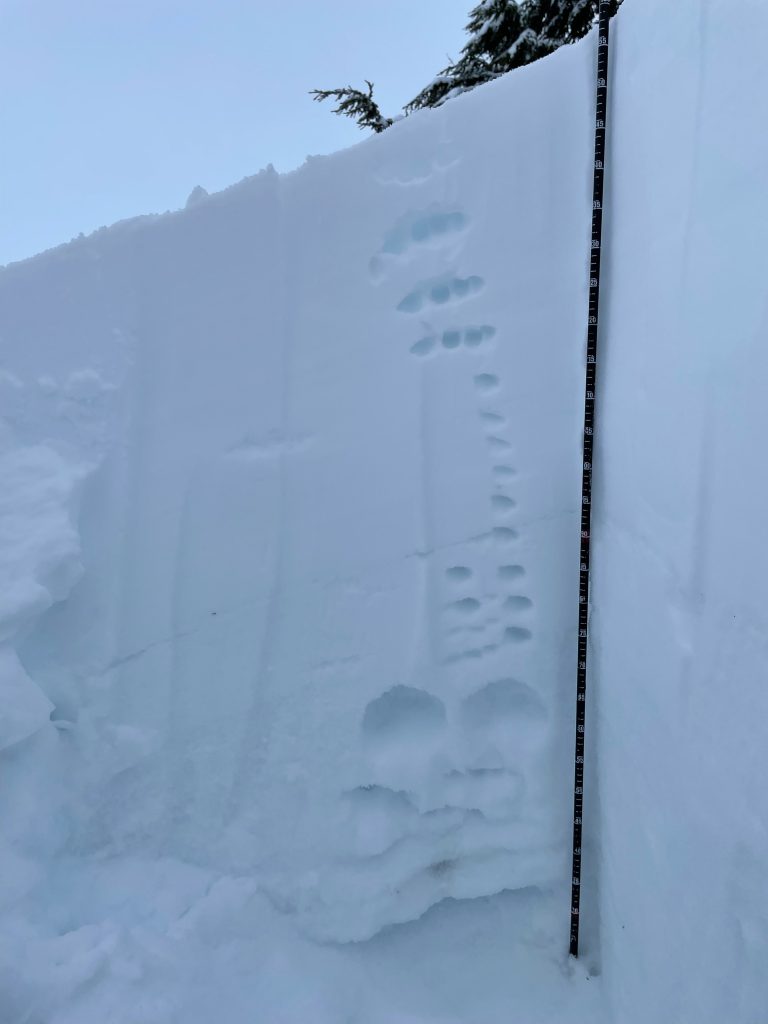 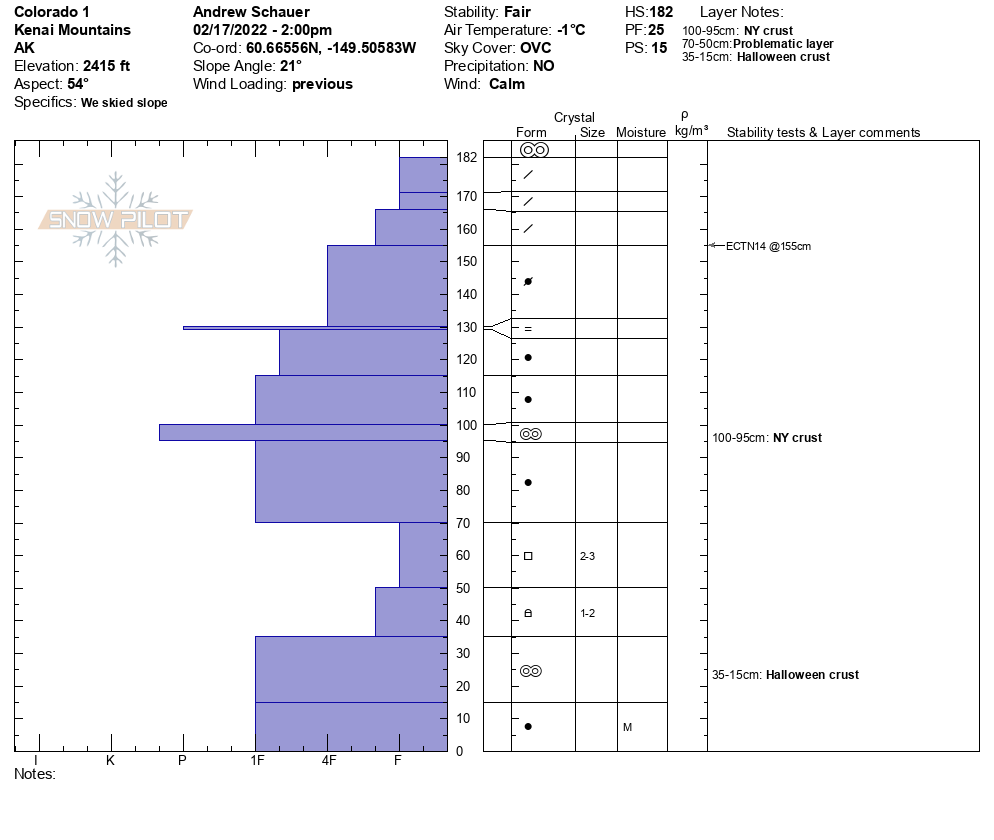 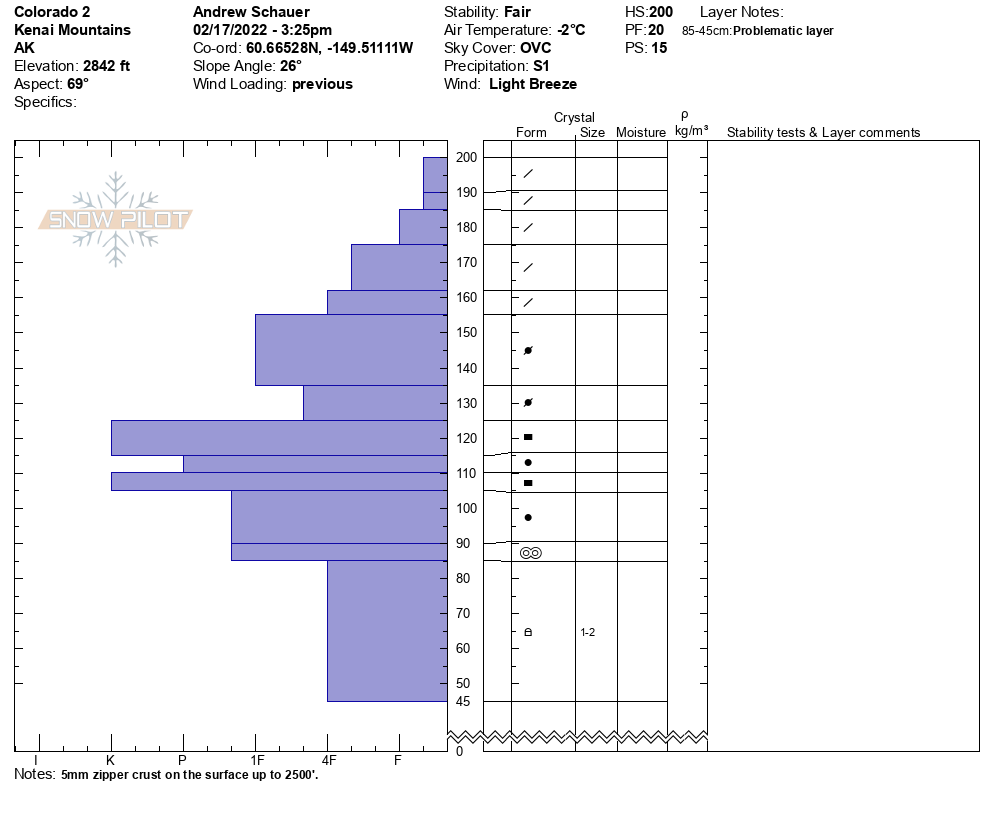 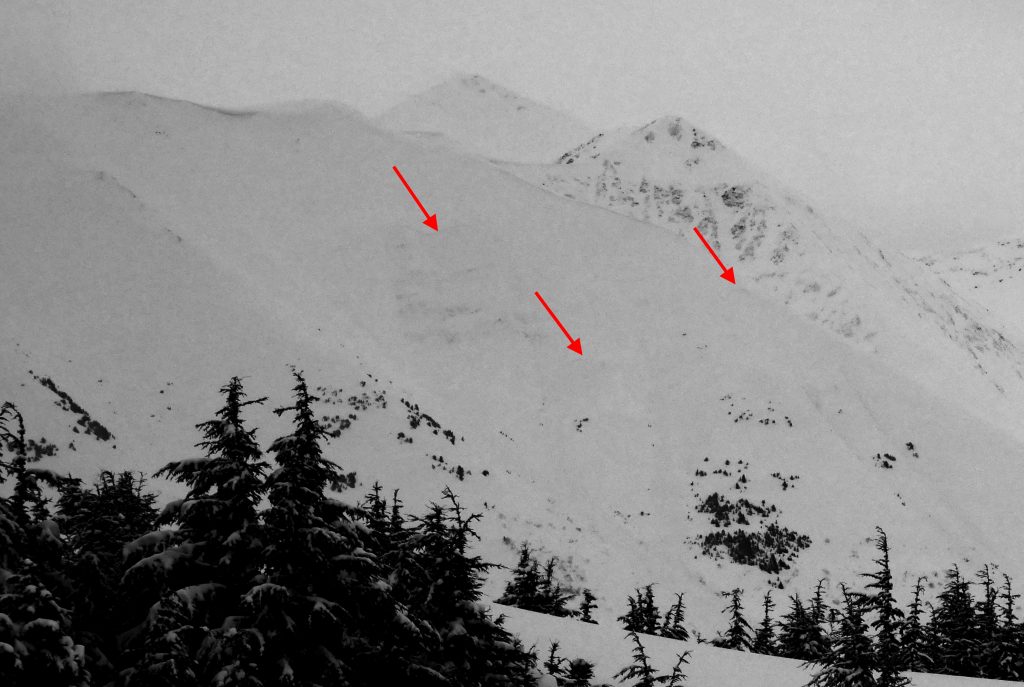 Recent avalanches across the highway on Butch. The rightmost avalanche is likely the same one that was photographed on 2/10. 02.17.2022 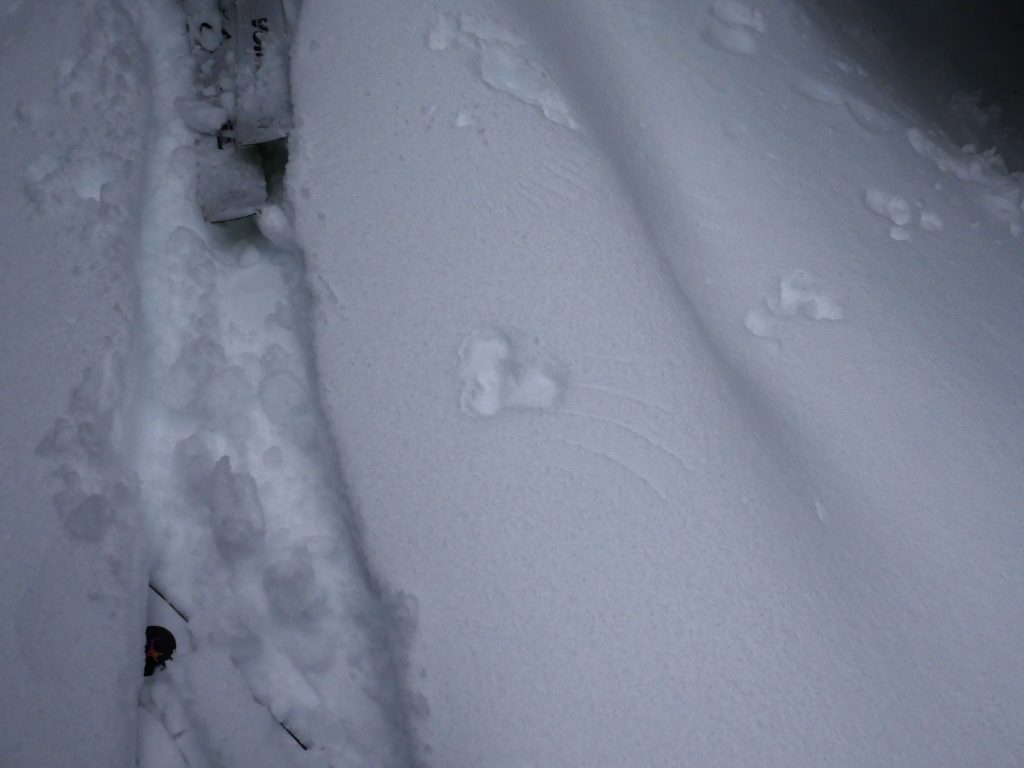 Tracks from the elusive flying snowshoe hare, or the intersection of predator and prey? Impossible to say. 02.17.2022 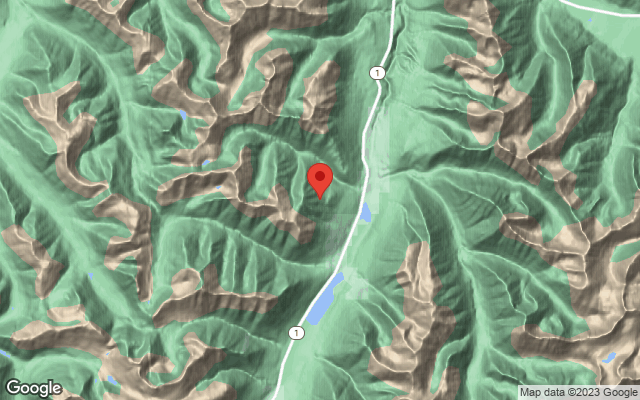