Center Ridge parking lot up, up Center Ridge past the weather station, turning around at the high point
(~2000′). Back down roughly following the skin track.

Broken to overcast sky throughout the day, with the temperature near 32f throughout the day. Light
winds from the NE at the parking lot, and from the East at 2000′; otherwise calm. Light snow began
falling at 3 PM when we were departing.

A melt crust with a trace of new snow was present at the parking lot, with the snow above the crust
increasing to 4″ at 2000′. Down low the new snow was wet, but it transitioned to moist and was just
barely dry at 2000′. The crust was semi supportable up at 2000′, but was unsupportable below 1500.’
Quick hand pits and a full profile revealed that the entire snowpack was either moist or wet along the
entire route, with the exception of the surface snow at 2000′

Snowpit results from 1900′ – several hundred yards east of the weather station – are below.

Recent natural avalanches from the past day or two were observed on Sunburst, Tin Can, Seattle Ridge,
and even Center Ridge (photo below). These slides ranged from D1 to D3 in size on all aspects,
including both wet slides and slab avalanches. Some slides started low; a recent slab avalanche on
Tincan was visible from the road in the morning, starting at 2000′ in elevation ~1/4 mile north of the
uptrack; it looked to be several hundred feet across. Several small crowns were observed on the north
face of sunburst, down from ridge lines and between 3000′ and 1000′ in elevation.

Previous small slabs were observed on Center Ridge between 1000-2000′ on rollovers surrounded by
alders; similar rollovers would generally not react today under skier weight, but when one did it failed
just under foot, sliding on the facets right below the Dec drizzle crust.

Stability tests at the snow pit showed propagation potential, with failures that were very pronounced
under medium and hard pressure. In each sudden collapse test result, the entire block would fall
~10cm! Yikes.

Signs of recent crossloading were present on the north face of Sunburst.

No collapsing or cracking observed today. 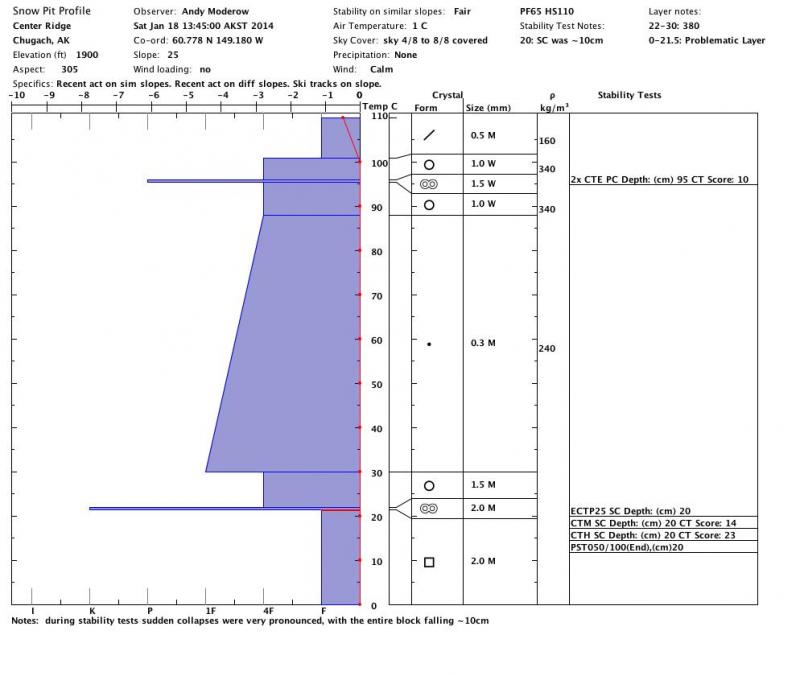 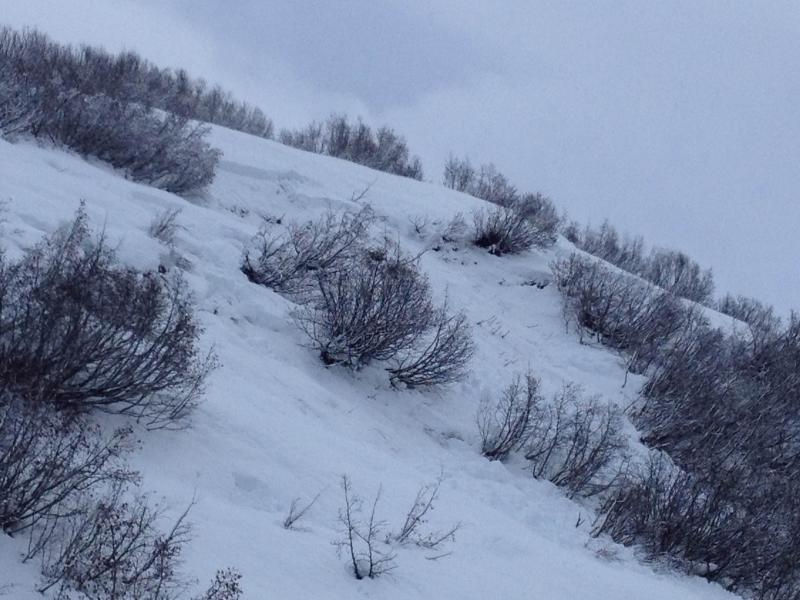 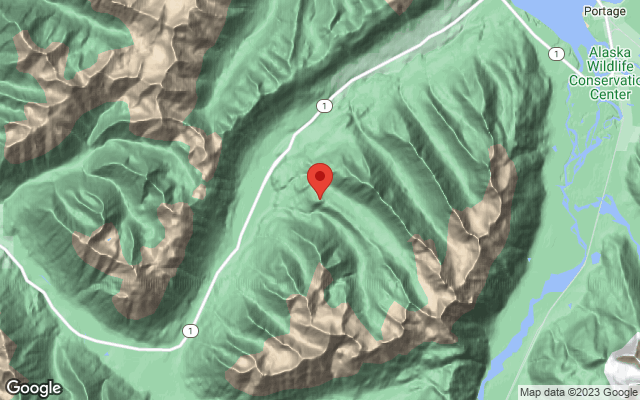