Weather: High 30’s in sheltered areas, with a very warm wind pushing the temperature to low 40’s in
windy locations. Scattered, high clouds in the morning changing to few clouds in the afternoon. Winds
light from the East or Northeast in open areas, occasionally gusting to moderate (~20 mph).

Snowpack: Height of snow ~30cm at the parking lot, increasing up to 90cm along the route. Very wet
snow over wet to very wet snow along the entire route, with slush making up the bottom half of the
snowpack in flat, lower areas. On the surface, a semi-supportable melt freeze crust ranging from 1-
4cm in the morning loosened up and became unsupportable during the day – particularly on the aspects
that briefly had sun.

A full profile dug at 1900′ is below – it was located next to the pit submitted in an observation last
weekend.

Instability: Numerous recent avalanches – slabs and wet slides, generally D1 or D2 in size, occasionally
pushing D3 – observed on a variety of aspects on Tincan, Sunburst, and Seattle. Most avalanche activity
appeared to be below 3000′, with the exception of a few D1 wet snow avalanches starting near the peak
of Tincan Proper. Small glide cracks seen on a S aspect of Center Ridge, near 1500′.

Winds were occasionally transporting moderate quantities of snow off Tincan Proper, and off the top of
a taller peak on sunny side. Large rollerballs seen across valleys on numerous aspects.

Minor collapsing – just underfoot – occurred occasionally on the way down. This collapsing didn’t occur
at similar locations during the morning hike up. 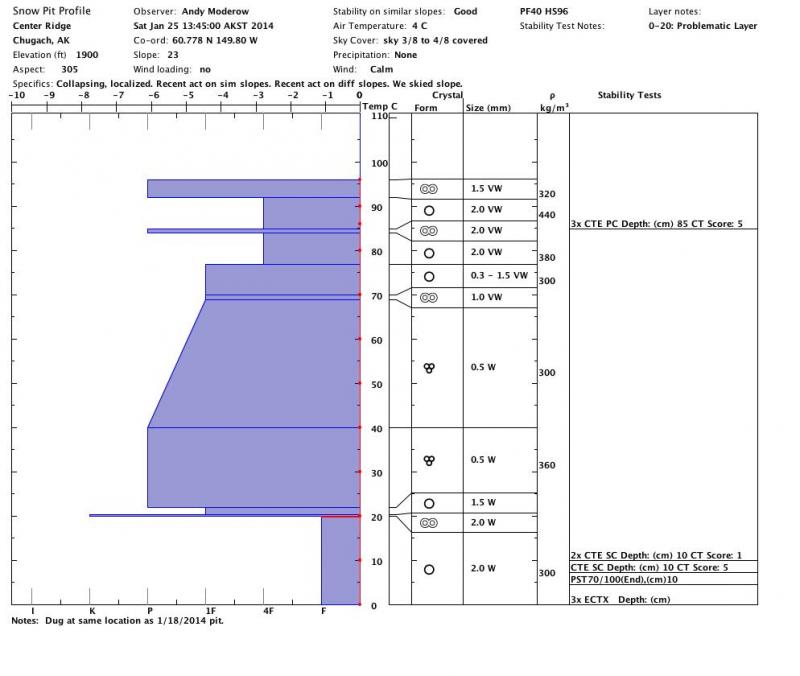 Full profile near the weather station. 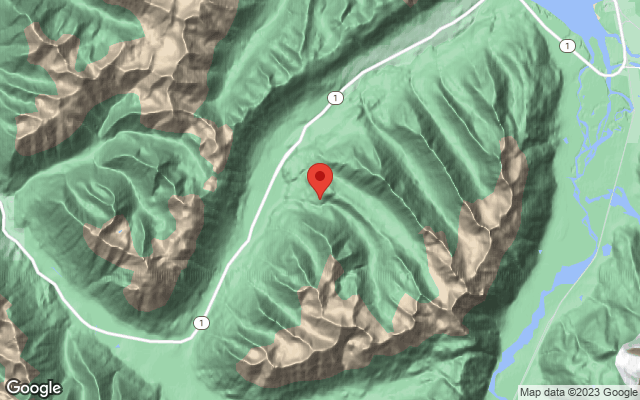