Toured up to the Snotel site to clear the sensors. After a little TLC I walked around the top of Center Ridge and dug a few quick pits to take a look at the snow surfaces about to get buried by the incoming storm. The majority of the area has been sheltered from recent strong winds, and I found around 2″ low density snow from yesterday sitting on top of faceting snow from New Year’s Eve, which was on a facet-crust sandwich with two brittle crusts. I could not find any surface hoar along the top of Center Ridge, or in hand pits along the way.

These weak surfaces that are getting buried will be a concern as storm totals start to stack up overnight and into tomorrow.

9 F at the car, 5 F at 1800' at 13:30. Light snowfall began to intensify around 2:00. 1-2" new, low density snow had accumulated on my truck during the 3 hours I was out. Winds were calm down on Center Ridge, and visibility was too poor to see if it was blowing harder at the ridgetops.

2-3" cold smoke from yesterday on top of 2-3" faceting snow from the New Year's Eve pulse. There was enough soft snow on top of the New Year's crust to actually make for decent skiing. There are still plenty of alders left out there to be buried, but I will say it has improved since I was out there a month ago.

Average depths at 1800' were around 6'. I dug several hand pits and found a crust/facet sandwich about 6" below the surface, with two brittle crusts (1F- hardness) surrounding a fist hard facet layer. The whole combo was about 2" thick.

The facets on top of the New Year's crust, along with the very low density snow from yesterday are the main concern as the next storm moves in. 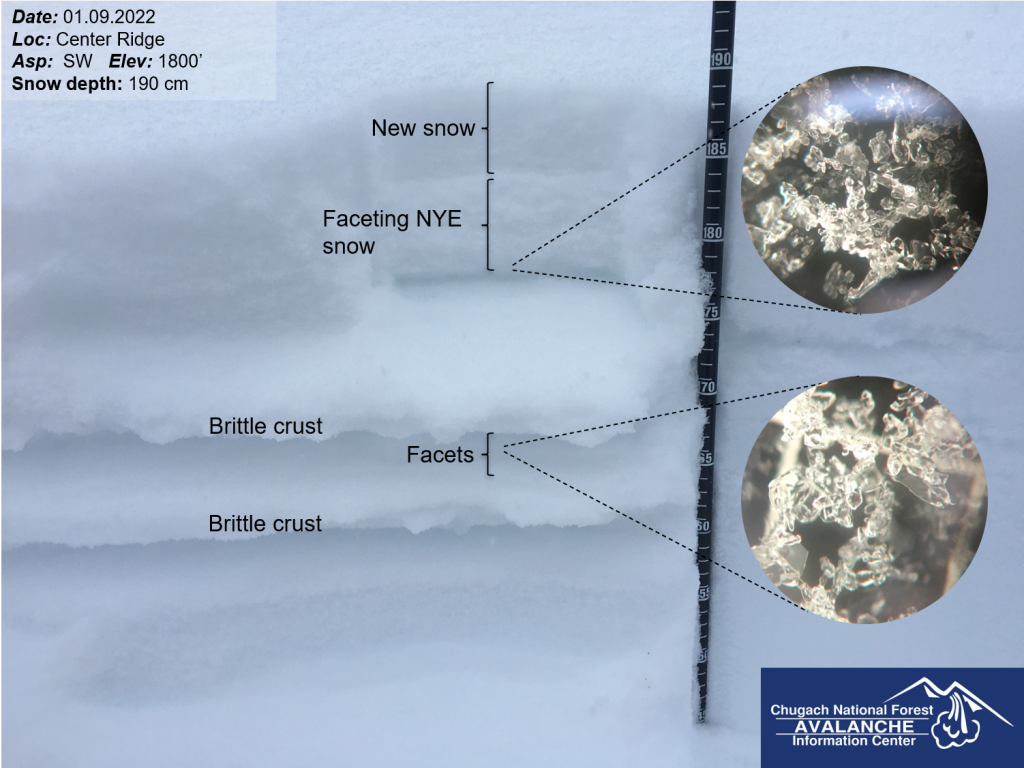 Profile of the upper snowpack near the Center Ridge snotel site. 01.09.2022 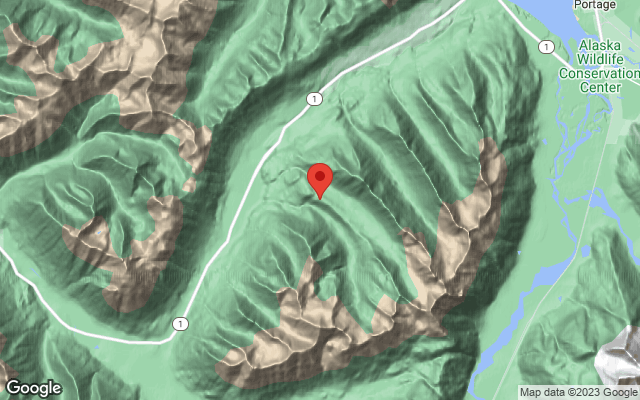