Quick trip up to Carter and Crescent Lake. Not many folks have ventured into this area yet.

Very low visibility, light to moderate winds - blowing snow off trees every now again in the lower elevations. Light snowfall in the afternoon. Temps warmed up considerable today - up to 33F at parking lot by 2pm!

2-3' of settling powder from last Fri/Sat's storm snow - deep still! Warming temperatures in the afternoon created moist surface snow up to elevations around 1,500'.

Around 3 feet of storm snow is settling due to warming temperatures. We noted three slabs on rollover like the one in the photo near Carter lake. All look to be storm slabs releasing likely at the tail end of the storm on Saturday, failure layer suspected to be new/old snow interface. Visibility was very limited but we could make out some debris piles under the steeper terrain that sits on the North end of Carter and Crescent lakes.

With the uptick in winds today and the warming temperatures, we opted to stick to the flats and watch for natural avalanches and powder clouds- none seen however. 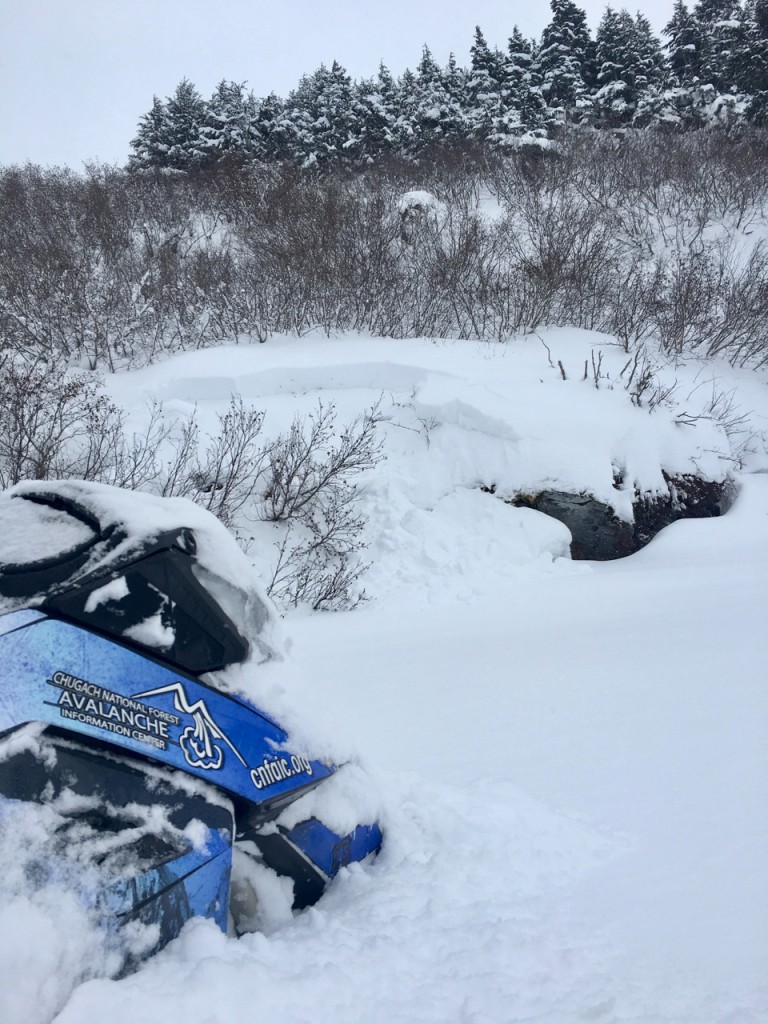 Storm slab on lower roll along Carter lake. Possibly released due to warming today or during the tail end of storm on Saturday. 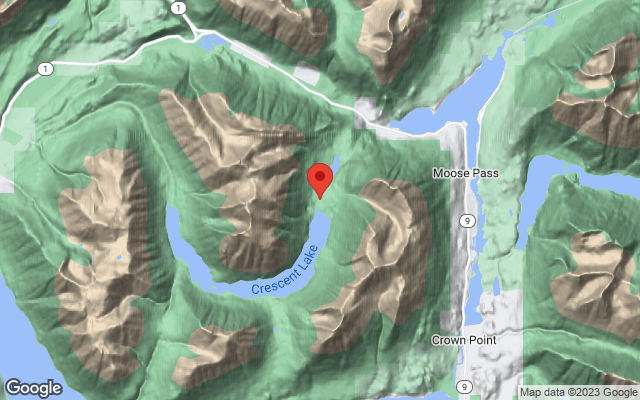