Human Triggered Avalanche on 2/18/2013 around 1300 Wrong Mt today triggered by a snowmachiner who was high marking. Witness reported that it slid about 15 seconds after
snowmachiner had gone out of sight above. No one caught in avalanche but 2
sleds were partially buried in the slide one turned upsidedown. Avalanche was
200 yrds wide at its widest point and estimated 6 to 8 feet deep in places and
slid to the ground (facet/depth hoar layer). Two friends were at the bottom
when avalanche came down watching with snowmachines turned off and ran out of
the way leaving the sleds and gear and made it out of the way. The avalanche
went up and over a small hill partially burying the sleds. Glad everyone is OK
and thanks for the information. Watch out for shallow trigger points!
Estimated D3 from pictures. 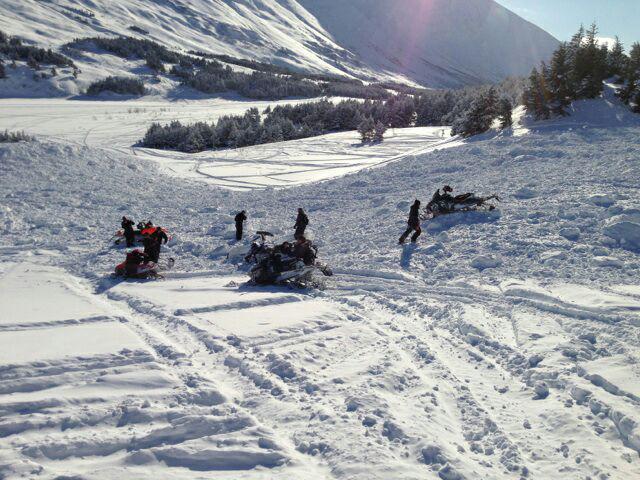 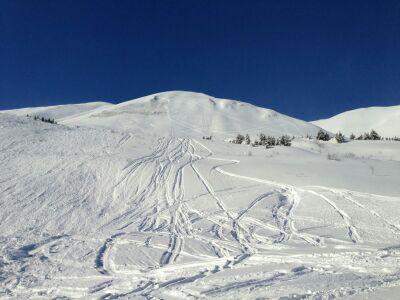 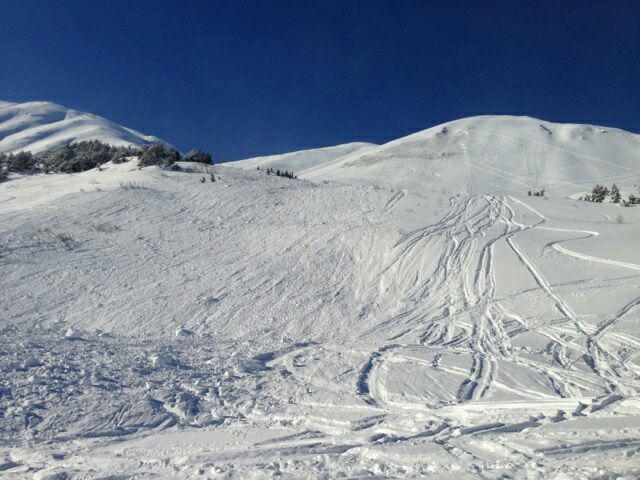 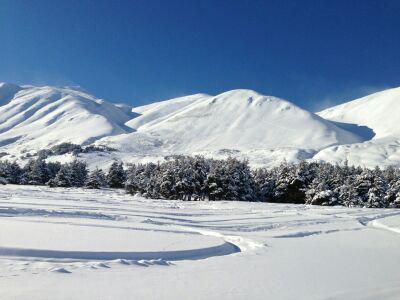 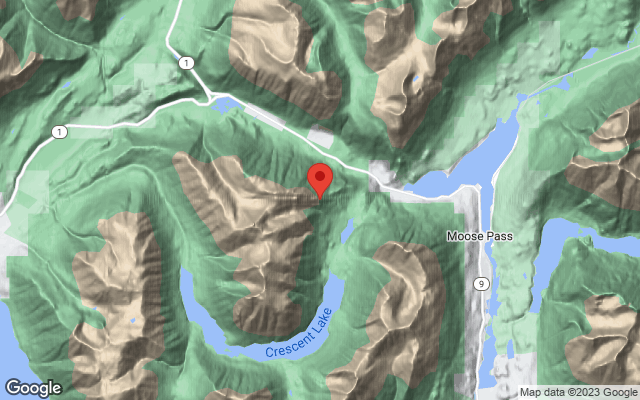