Walked up the Byron Glacier Trail to assess the avalanche hazard as we head into May. The trail is still snow covered but folks have been walking most of the way up the trail before splitting off where the trail becomes lost under snow. The last portion of the trail is completely covered in old avalanche debris. Much of this debris is from the early April avalanche cycle.

I could not see any signs of recent avalanche activity in the area (avalanches or cornice falls that have occurred within the past 48 hours). However, the East side of the Valley (West facing slopes) still has enough snow cover and over hanging cornices to be a threat. A cornice fall or wet avalanche on this slope can send debris to the valley floor and overrun areas people may choose to travel. On the West side of the valley (East facing slopes) there is no avalanche hazard as most of the snow already avalanched and the terrain has melted out and is almost snow-free. Further up the valley, past the point where the summer trail is maintained, there is avalanche hazard from all slopes/aspects.

Bottom line: There is enough snow remaining that natural wet avalanches could occur at anytime during the month of May and possibly longer. Most likely times for natural springtime avalanches are during sunny afternoons/evenings or during warm rainy periods. The exception is the East facing slope above the summer trail where little snow exists, hence no avalanche concerns. If choosing to head this way, steer clear of being under any slope that still has snow. Additionally, snow free slopes may have a rockfall hazard.

Snow and ice caves. This area has popular snow and ice caves where Byron creek runs through the old debris. Remember that portions of these caves can collapse at any time – which can be unsurvivable.

Snowpack is isothermal along trail. Essentially 2-6' of wet and unsupportable snow if venturing off the beaten path (post-hole-extravaganza). 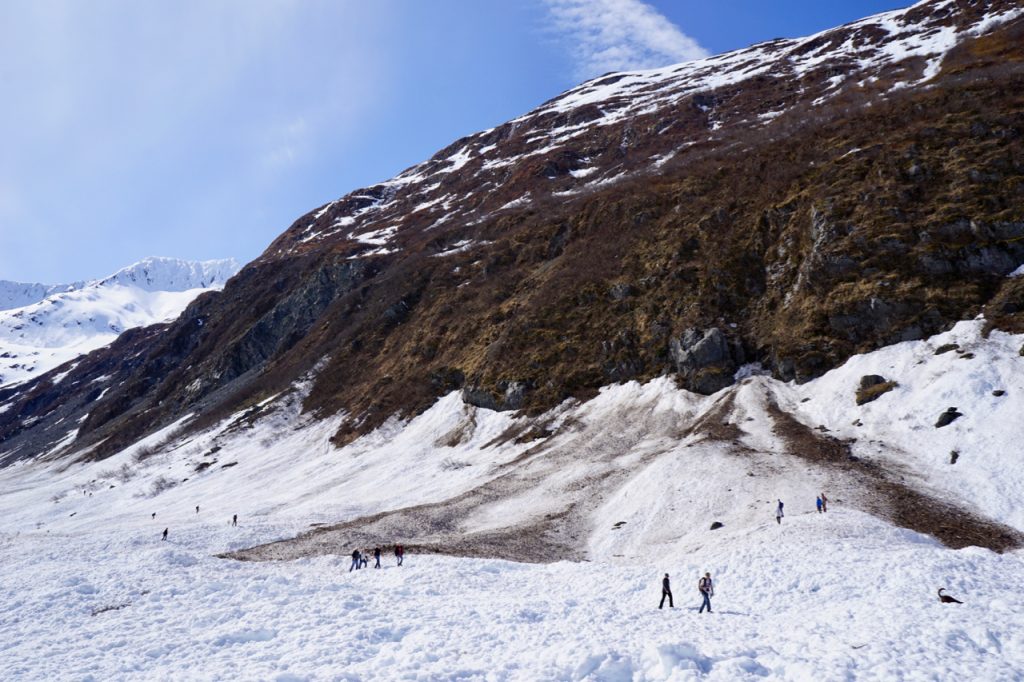 Several hikers on old avalanche debris and away from any avalanche concerns. This slope on the West side of the valley (East facing) has lost most of its snow and there is no avalanche hazard - however rockfall hazard exists if close to the cliffs. 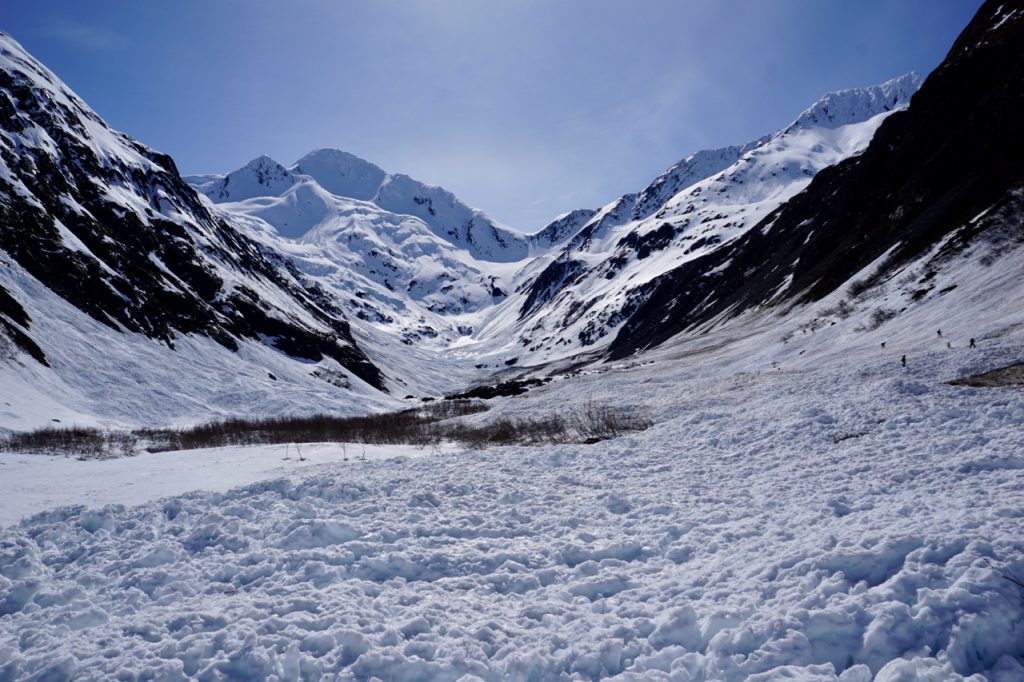 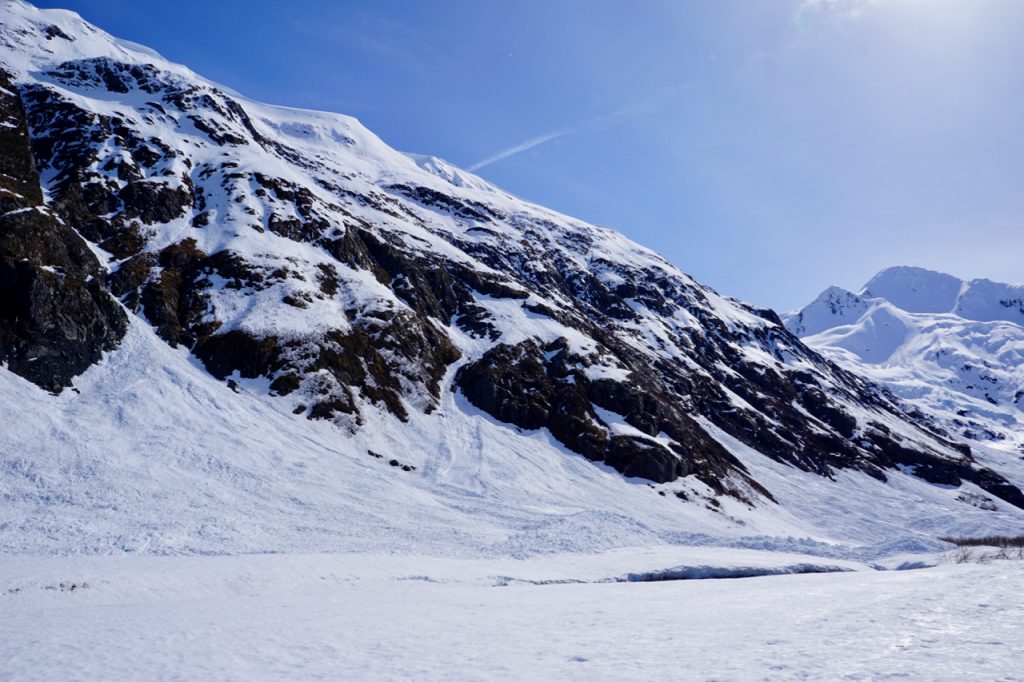 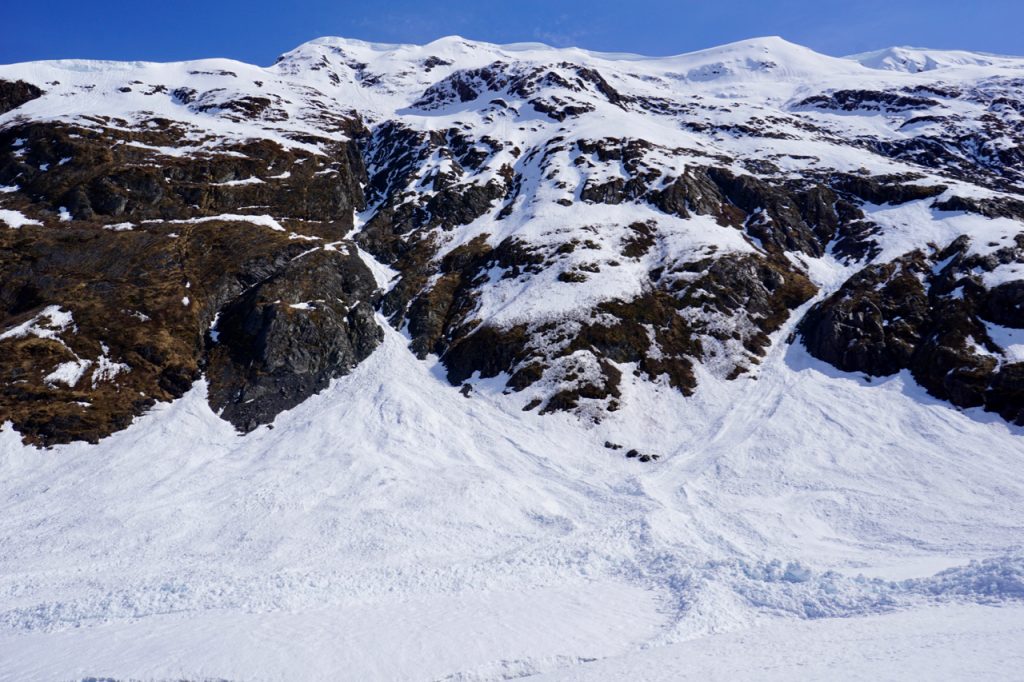 Cornices and snow covered upper slopes on the East side of valley (West facing slopes). This is where the avalanche hazard is that can be accessed from the trail. 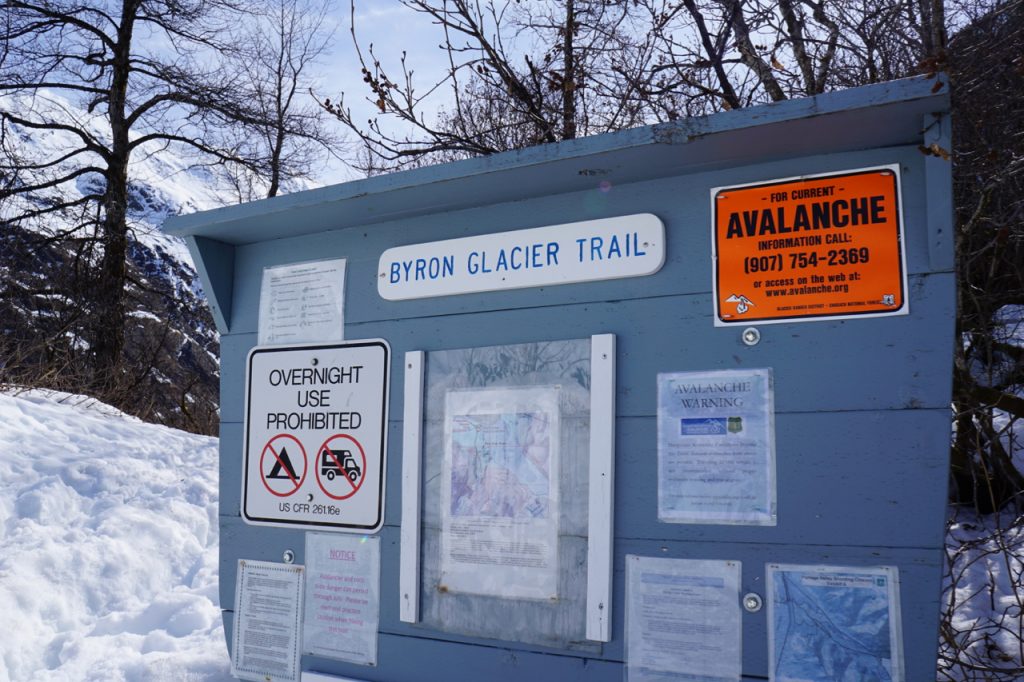 Just because it's a nice day, don't forget there is avalanche hazard! Remember, nice warm days can melt the snowpack and cause avalanches. 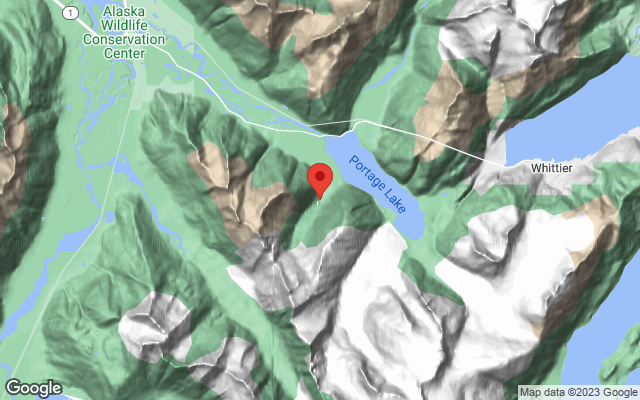