Today I saw these avalanches that had come down recently. The one on Butcher
Peak was a cornice break that triggered a D-3 avalanche. Must have been a big
block to leave as big of an impact mark as it did on the slope below. In that area it went to the
ground but did not propagate very wide. Maybe took out 100-200 feet square to
the facet layer it looks like. The recent surface slab from the past week
broke wide though and followed some old ski tracks it looks like to the left
and covered about half the bowl up there. Large debris could be seen through
binoculars in the bottom of the bowl. This would only be a point of interest
and perhaps not as important except I watched 3 folks ski/snowboard this on Friday
last week (2/8/13). Big terrain, big trigger, big results. I guess if you read my
advisory we should add Cornice Breaks as a potential show stopper now.

The fracture off of Tenderfoot ridge I believe is older during storm since I
thought I saw some debris early Friday but bad visibility and poor lighting
made it difficult to judge. We were up on the ridge yesterday and our ski
tracks have been blown away by the short period of scouring late yesterday so
it is possible that it may be newer but cannot tell. However you want to look
at it that South face of Tenderfoot Ridge has been active recently and best should be avoided. It
has slid more often this year than in the past. It runs frequently but more
this year.
Visibility was poor on Friday but it looks like they are recent from the fracture lines and or debris. Post storm avalanches. Not much else out there today for avalanche looking around.

Choose the slopes you are going to be playing on carefully! Cornices are hard
to predict and are now producing some significant if not potentialy fatal
results. 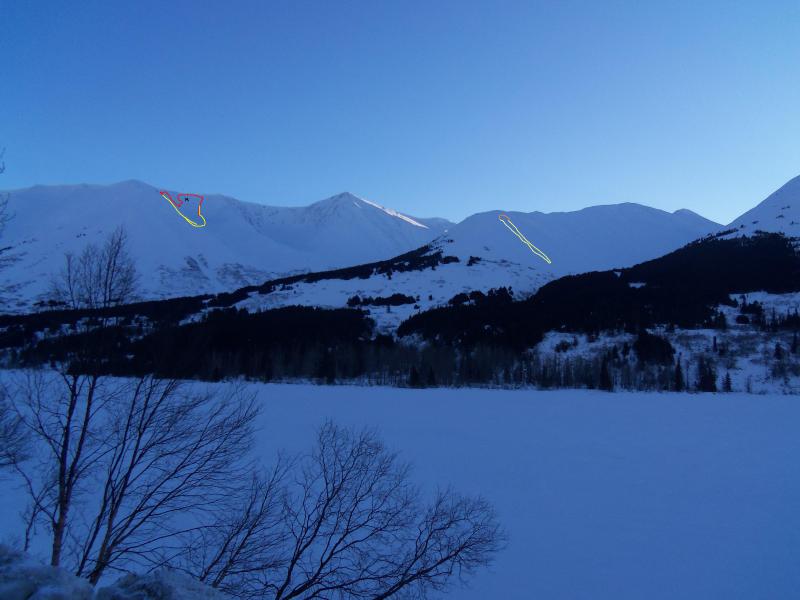 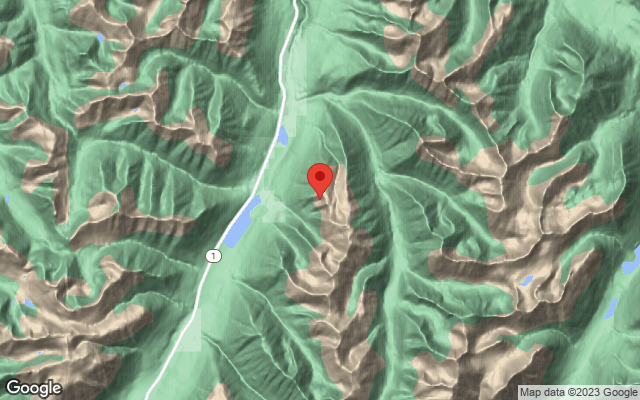