Heard a report from the USFS that a motorists was driving near milepost 41 of
the Seward Highway south of Summit Lake. The motorist reported seeing a 40
meter wide avalanche in motion on the west side of the highway on Sunday
afternoon. The debris stopped far away from the highway but a dust cloud
filled the air above the highway. The wind on Fresno had moderate winds out of
the normal direction with strong gusts up to 30mph on Sunday 11/14/11. I also
observed other medium to large avalanches in the milepost 44 area of Summit
Lake that looked more like wind slabs than glide cracks (see photo of Summit
Lake Gully #2 at milepost 44). The snowpit on “Birch Trees” at 2500′ was
mostly unremarkable except an interface about 20cm deep from the surface where
I found a clean Q2 and a strangely large temperature gradient. Plus we also
felt an ice layer near the ground interface in most hand pits. It seems like
avalanches are running further than normal right now. It must be all the light
powder in the tracks and lower elevations. 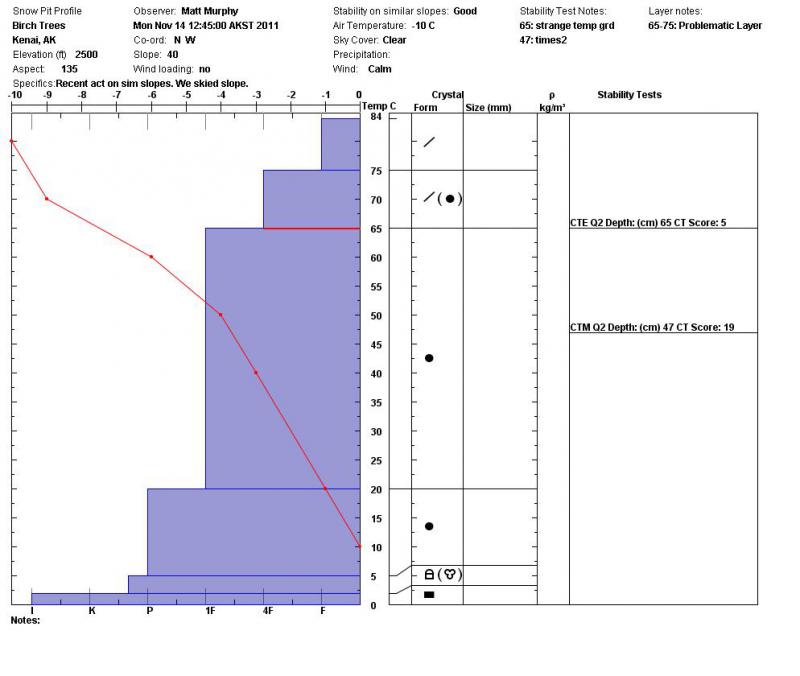 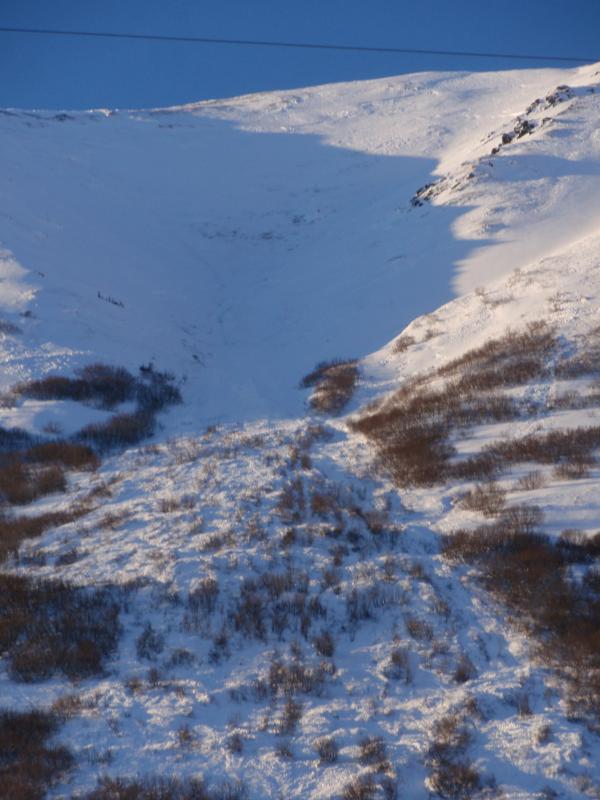 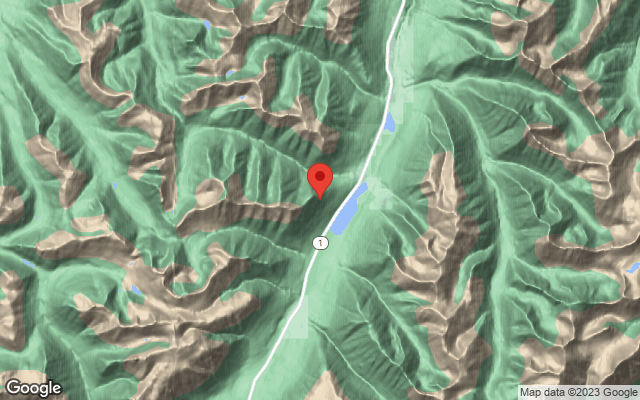