Route
Up Seattle Ridge via trail, south on ridge, down to Seattle Creek and then up
the SE side of Big Chief
Weather

Toured back to Big Chief from the weather station parking lot. Dropped down to
Seattle Creek via the drainage just before the head of the valley to avoid the
alders in the valley. At the valley bottom as we were transitioning to skins
we noticed two other skiers headed for Big Chief.

The skiers started up the valley but then veered over and started going up the
east ridge. We started up valley while watching them and noticed that upon
reaching the ridge (around 2400’) they put their skis on their backs and started
booting. As we skinned we watched them and then suddenly noticed that the guy
leading had triggered a wind slab and was knocked off his feet and sliding down
with the debris. His partner tried to run out of the way but was also caught
and carried. The slide carried them out of sight and we started up towards
them – but within a minute both skiers were up and walking around. We did not
feel comfortable approaching the ridge and communicated back and forth by
shouting. Upon discerning that they were unhurt and had not lost gear we turned
and continued on our way up. A little while later the skiers traversed back to
our skin track and followed us up valley.

Where the skiers had turned away from the valley and headed toward the ridge the
snow had transitioned to breakable. Likewise the valley route traversed
underneath a series of glide cracks (whereas the ridge route avoided the glide
cracks). However the ridge route was quite wind scoured and had a few rocks
sticking out. One of the photos attached has a zoom of the route the skiers
chose (photo taken earlier from Seattle Ridge). The loupe is focused on the
the shallow area right where the skier triggered the wind slab. Also note the
recent slides and debris further right.

We continued up valley. Higher up the snow transitioned from variable /
breakable to nice supportable power. We ended up climbing the south face to the
upper east ridge to summit. We contemplated the north face but given the
avalanche we witnessed and the history of the route we opted to ski down our
ascent route. We found rime ice on the summit and soft boot deep powder on
the south face followed by breakable in the lower part of the valley. On the way
down from Seattle Ridge we skied a further south of the regular up track to reach
the valley and found the snow to have a thin layer of sun crust at mid elevation. 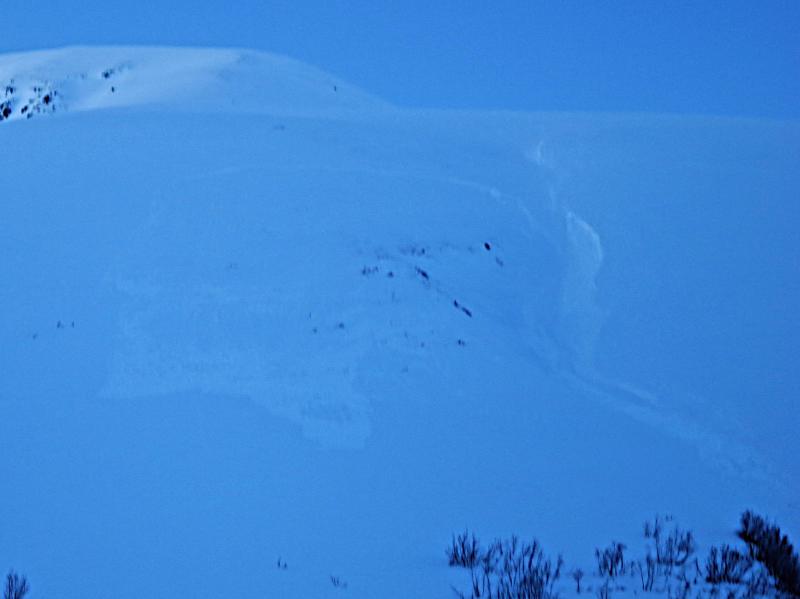 Looking up at the slide from below. Skier was booting above and left of the rocks when the slide was triggered. 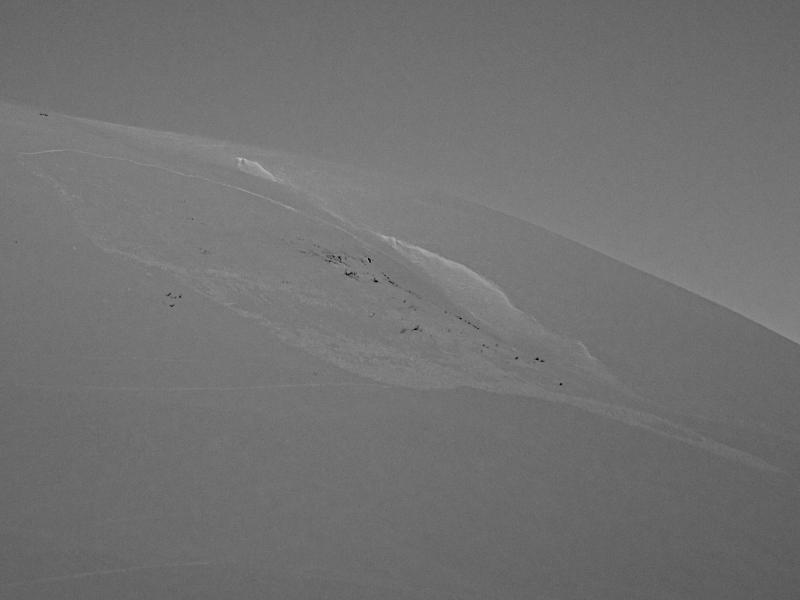 Looking at slide from the valley next to the ridge. 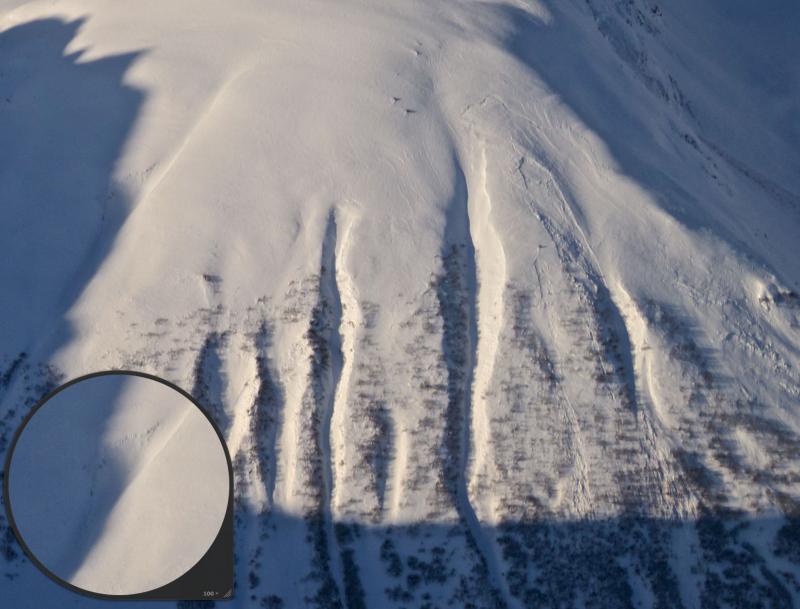 View of the area where the ave happened taken from Seattle Ridge. The loupe is focused on the area that later failed. 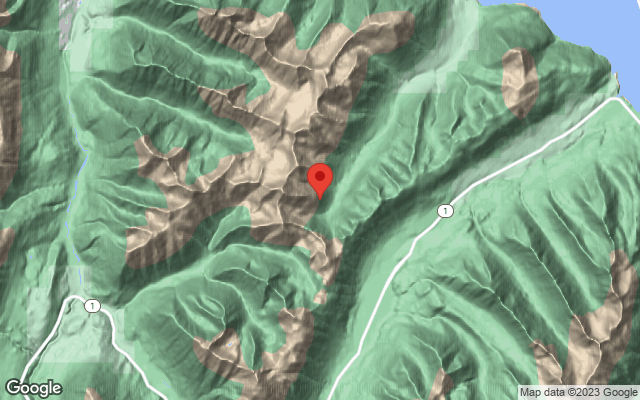