This weekend we skied Big Chief, Kickstep, and from near the top of Tincan Peak. Lots of people out there this weekend and late on this obs, so just including general notes of interest.

While we were in the Seattle Creek drainage on Saturday a glide avalanche released on a SW face in the early afternoon. The slide was at about 1,500 feet ASL and 300 feet wide. Also, on the way up and down Big Chief we noticed a strange zipper crust above the main rain line. This was present all the way to the top. It looked like a very thin rain crust, so thin it didn’t affect skiing quality, but you could hear it and feel it. I didn’t notice this over by Kickstep. Sloughing on the N face of Big Chief produced big powder clouds and was large enough that it would have been a problem if caught.

For Kickstep we skinned up Tincan Creek, then ascended the W ridge and skied the N face. The Library looked nearly unskiable due to a combination of slides and glide cracks. Upon turning the skintrack left towards the pocket glacier and onto the lateral moraine there was a really cool cornice failure, a picture of which is attached. On the ascent up the ridge we noticed a thin solar crust on extremely steep south facing terrain. Before dropping into the N face I stomped on a distinct wind pillow which did not budge. Upon entering the face the sloughing on the descent was remarkable. The powder cloud I generated was about the size of New Sagaya.

Following Kickstep we skied from above the glacier at the headwaters of Tincan Creek (Tincan Glacier?). Of note, the snow on the bergshrund slumped and opened as we crossed it (picture attached).

Then, of course, we saw ongoing surface hoar formation up to about 1 cm in avalanche terrain. Larger in valley bottoms. 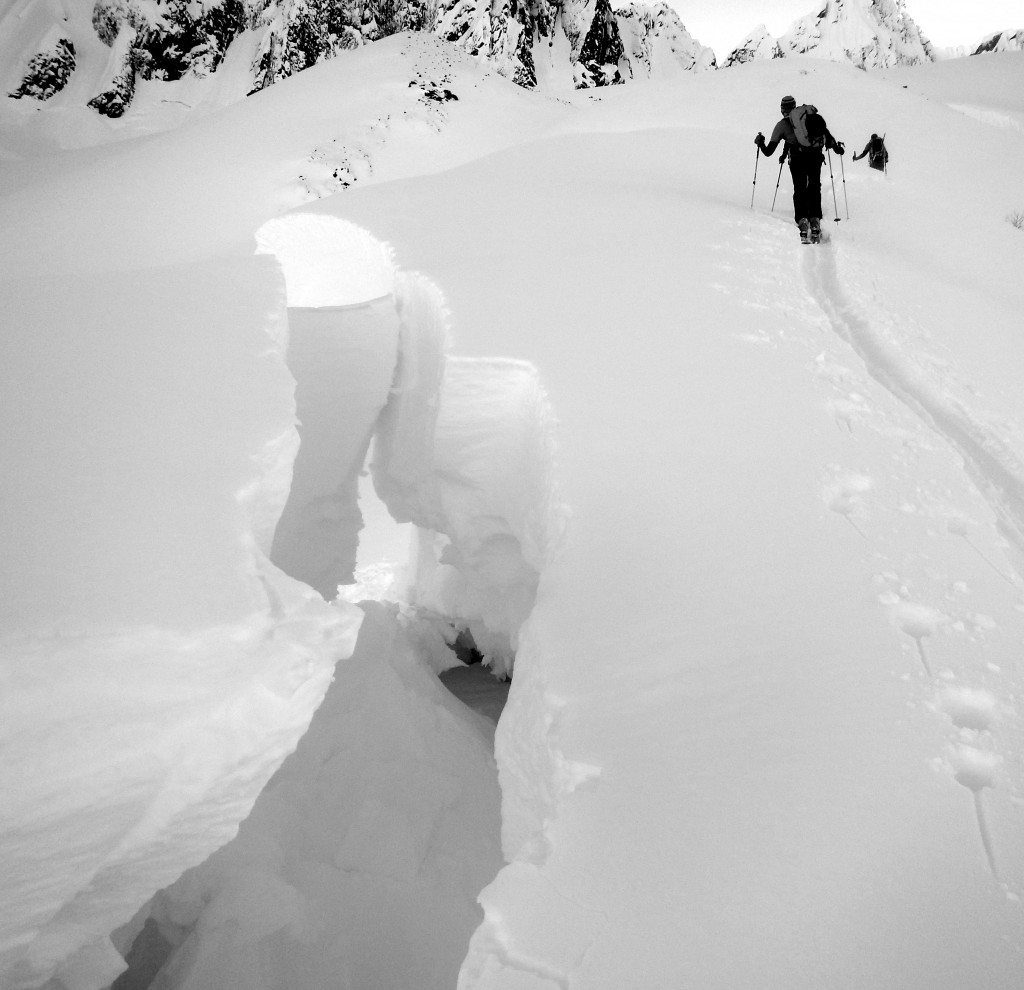 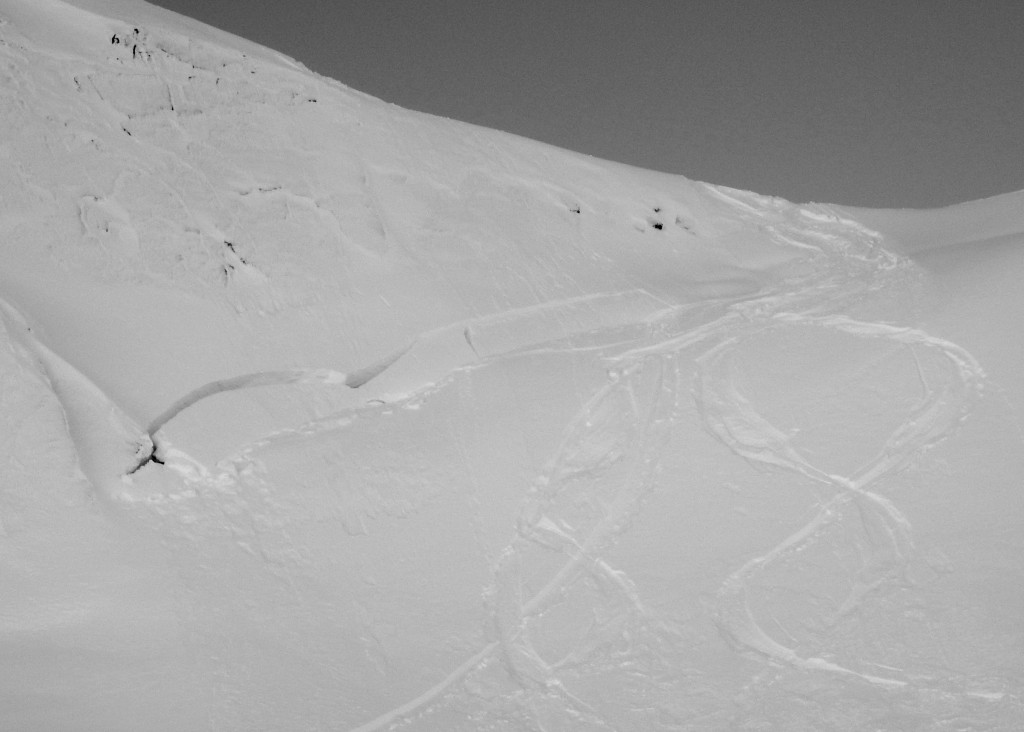