Toured into the Bertha Creek area on one of the few gorgeous sunny days so far
this year (well until around 3pm when the clouds moved in).

Old but widespread natural avalanche activity was seen from the Valentine’s Day
storm Thursday. Everything from wind slab, storm slab, cornice falls and loose
snow avalanches were visible. All of these were withing the 16-18″ of storm snow.
Wind and storm slabs were 1-2′ thick in general and did have good propagation.
Photos below. No avalanche activity was initiated in this storm layer, save for
loose snow sluffing, today despite several attempts and many people roaming about.

Weather today:
Calm, mostly clear and chilly (low teens). Upper level clouds arrived in the
early afternoon. The east winds picked up on the highest elevations around noon
and blew steady most the day. Plumes noted on several peaks (see photo below).

Surface conditions:
8-14″ of loose dry snow in most locations. Exposed ridges and sub-ridges
had some wind affect and stiffer surfaces.

Pit #2 – 3,500′ S 40 degrees. HS over 3m.
ECTN 11 RP 25cm down in a hardness change in the 2/14 storm snow. This is where
the widespread natural activity failed but is now healing quickly and not very
interested in propagating. Otherwise the top meter is right side up with no
failure planes found. Including the prior 1-2′ snow from Feb 6-10 smaller storms.

Concerns:
-Mid elevation crust. There seems to be some potential for the past 3 weeks of
snow 2-5′ to fail on this late Jan crust. No signs of avalanching have occurred
yet in Turnagain Pass but this has been a problem in the Girdwood Valley the
past week.
-Lingering wind slab. We did not find a reactive wind slab today, but I’m
guessing there were a few out there. 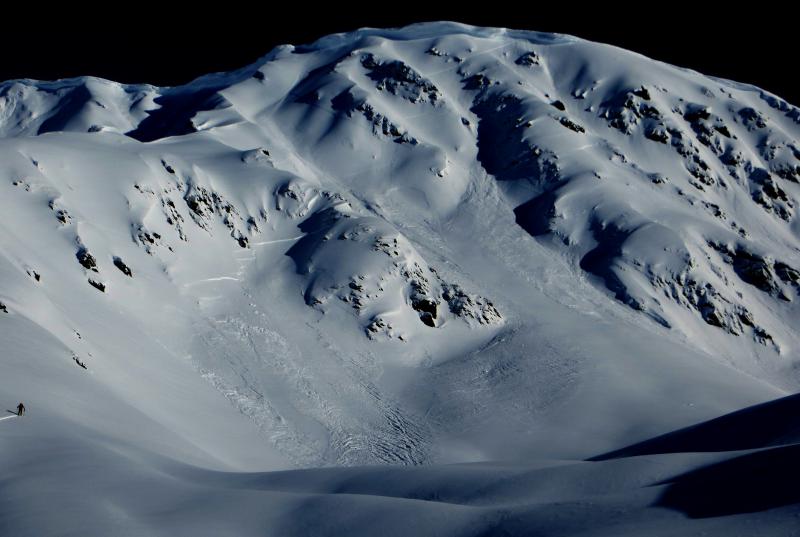 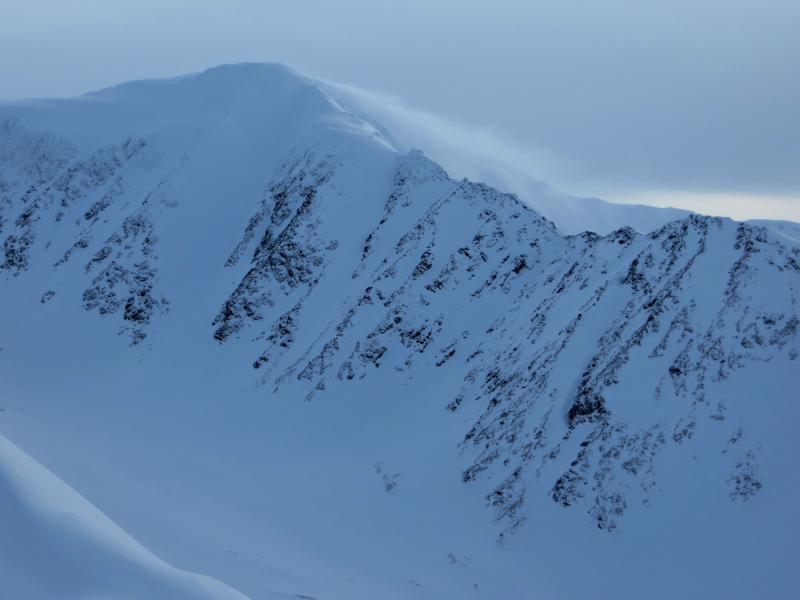 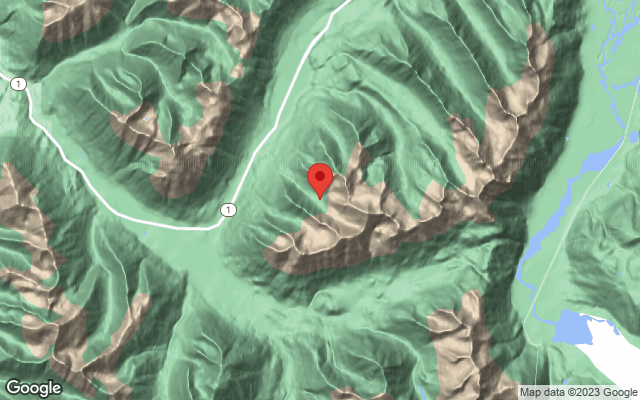