We rode into Bench from Trail Lake. We poked into a few different valleys, reaching the ridge at about 4250′. We saw a lot of recent natural loose activity (dry and wet). Winds started picking up in the early afternoon, and we saw a lot of snow transport along ridgelines.

There was a lot of recent natural loose activity, both dry and wet.

Increasing winds in the afternoon were transporting a lot of snow near ridgelines.

Partly cloudy, with some periods of really good visibility and other periods of very challenging visibility. Light winds increased significantly in the early afternoon, and we saw a lot of snow blowing off the peaks and ridgelines. Solar aspects remained dry all day.

6-8" new snow from this week. Solar aspects had a new breakable crust that was covered by a dusting of snow.

There were three layers of faceted snow in the upper 2' of the snowpack, but none of them were producing alarming test results in our test pit at 3200' on a W aspect:

Key take-homes were (1) the loose snow is picking up a good amount of volume and running far, (2) there are multiple weak layers in the upper snowpack that will likely be an issue when loaded, and (3) the winds were moving a LOT of snow around at upper elevations. 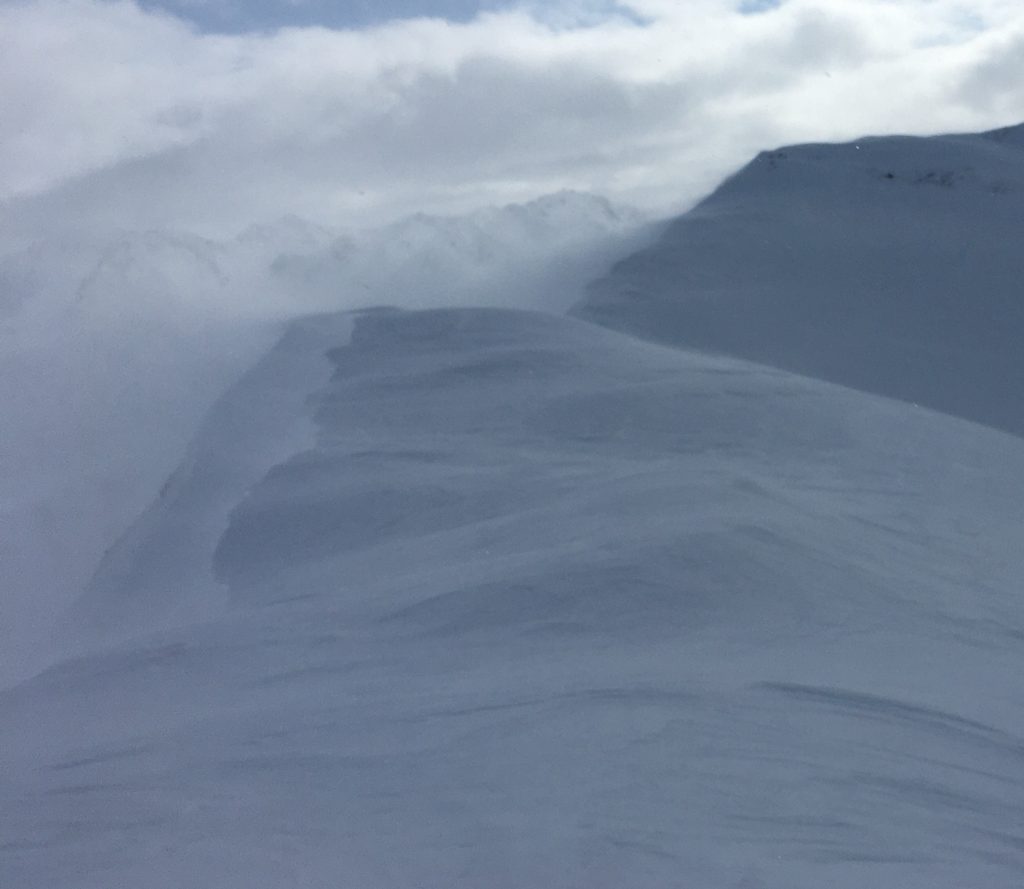 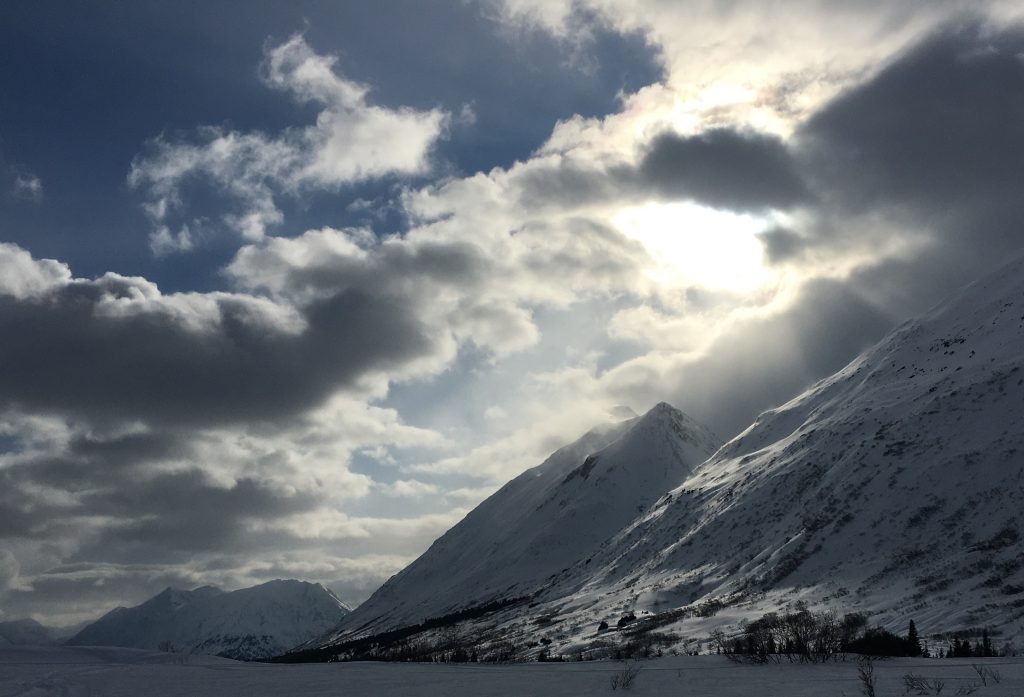 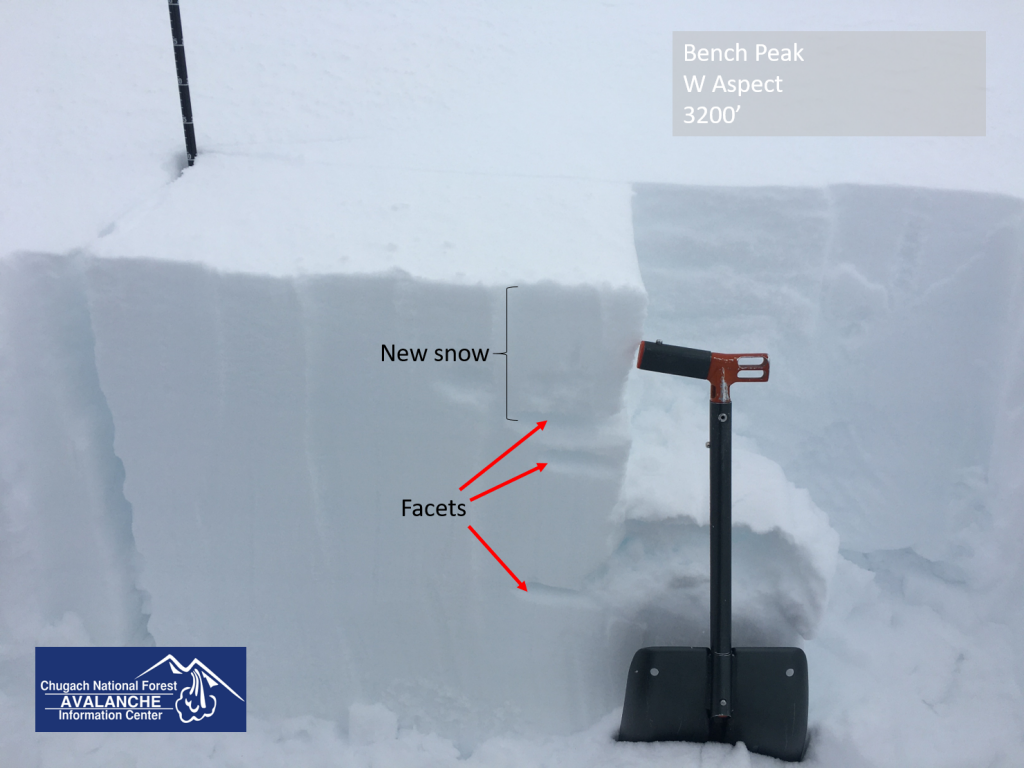 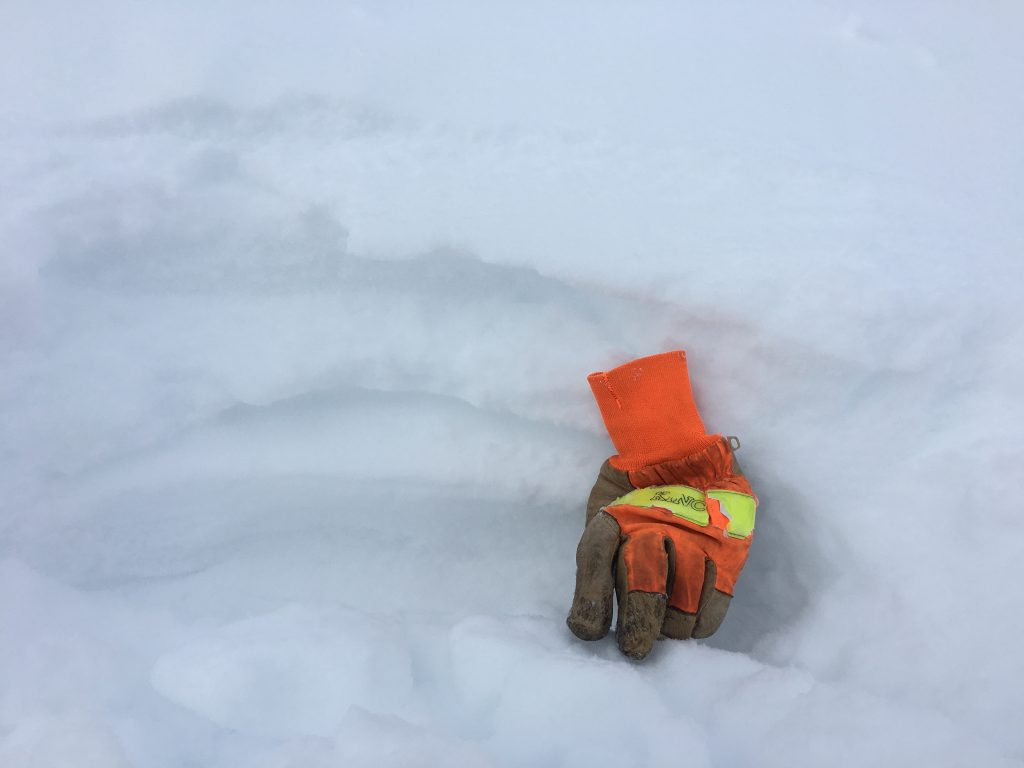 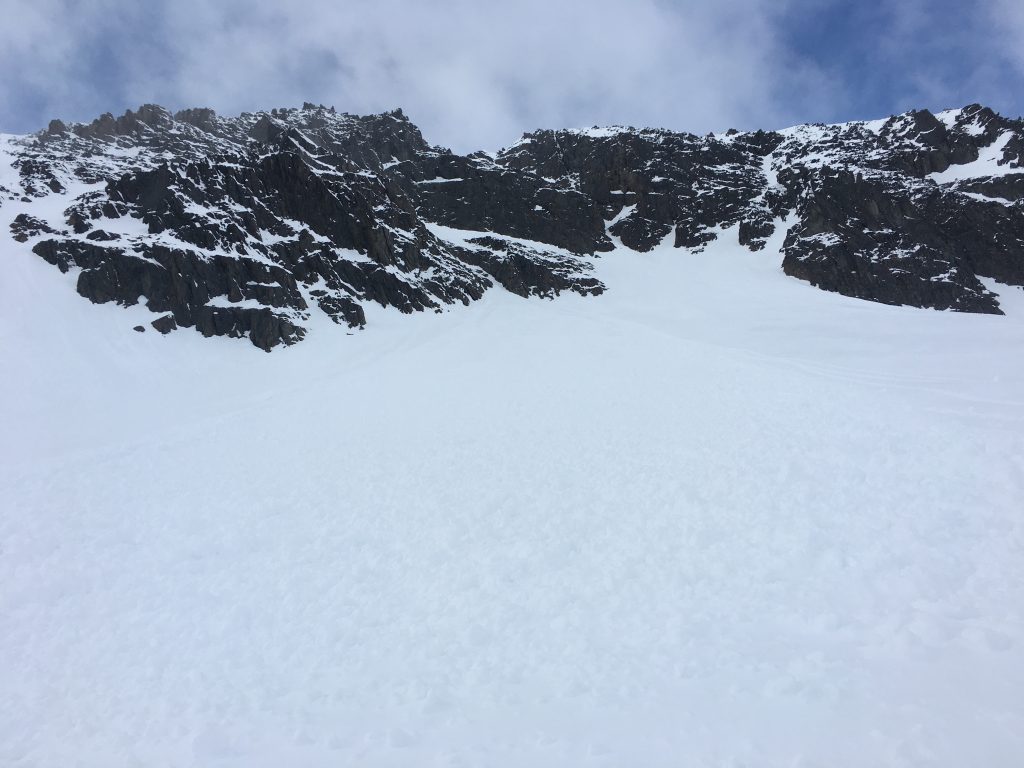 Looking up from the bottom of a recent loose avalanche on a southerly aspect. 03.27.2021 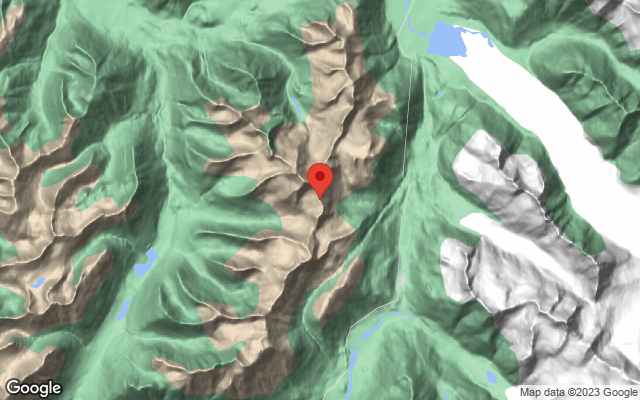