Johnson Pass Trailhead to bridge over Center Creek, then did circles in the trees for a while until we found clearings that took us up the mellow NW ridge indicated on the map.

See photo below for suspected fresh natural windslab yesterday or today - noticed the crown around noon, likely a few feet deep, on the ridge extending above where we turned around (see map). Visibility was limited when we finally made it to a place where we could look for debris and/or more closely at the crown, but at that point we found pre-existing cracks where a soft slab had formed - up to 2' deep - over a pencil hard bed surface. Height of snow was 240cm at this point, approximately double the height of snow found in more sheltered locations at the same elevation. Interface appeared to be small facets; no surface hoar was present.

Additionally, runout from a glide avalanche was evident on the ridge directly east from us, see picture below. Though the photo didn't capture it, the crown could be seen along with a fairly large patch of exposed ground below it.

See avalanche report above; additionally, rollovers along the ridge were very sensitive to skier weight, with cracks extending up to 50' from the tips of our skis. Glides in Lynx Creek valley - as reported over the past few weeks - are still present and haven't released. One glide crack observed mid slope on a south aspect of Pete's South, but visibility was limited so there may be more.

Overcast skies transitioning to obscured above 2000' midday
Light snow from 1-3 PM with no real accumulation
Temps in the single digits in the AM at the trailhead, warming to teens/20s
Winds below 1500': Occasional light north to east winds
Winds above 1500': Moderate NE sustained winds occasionally gusting strong
Snow transport was light to moderate along our route, with our skin track filling in at places in ~1 hour.
Occasional Intense snow transport observed along upper ridge lines before clouds obscured our view

A dusting of soft snow over a almost supportable crust at the trailhead; this crust rapidly dissipates at 1200', where ~4-6" of soft snow was present on the surface. Ski penetration of 1-5" above 1200', depending on what the wind had already done, though places that showed recent wind affect were still quite soft. 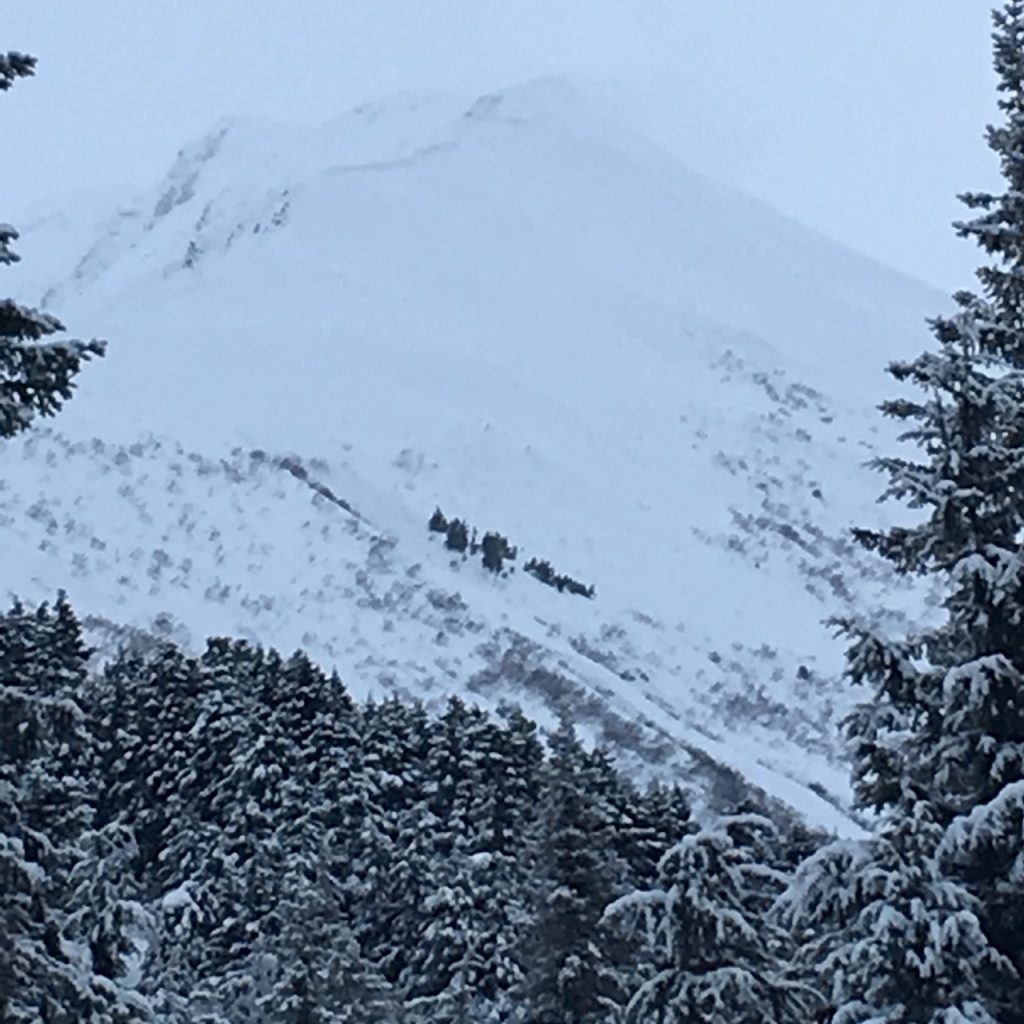 Crown discussed above, along with a snow plume over it as observed midday. 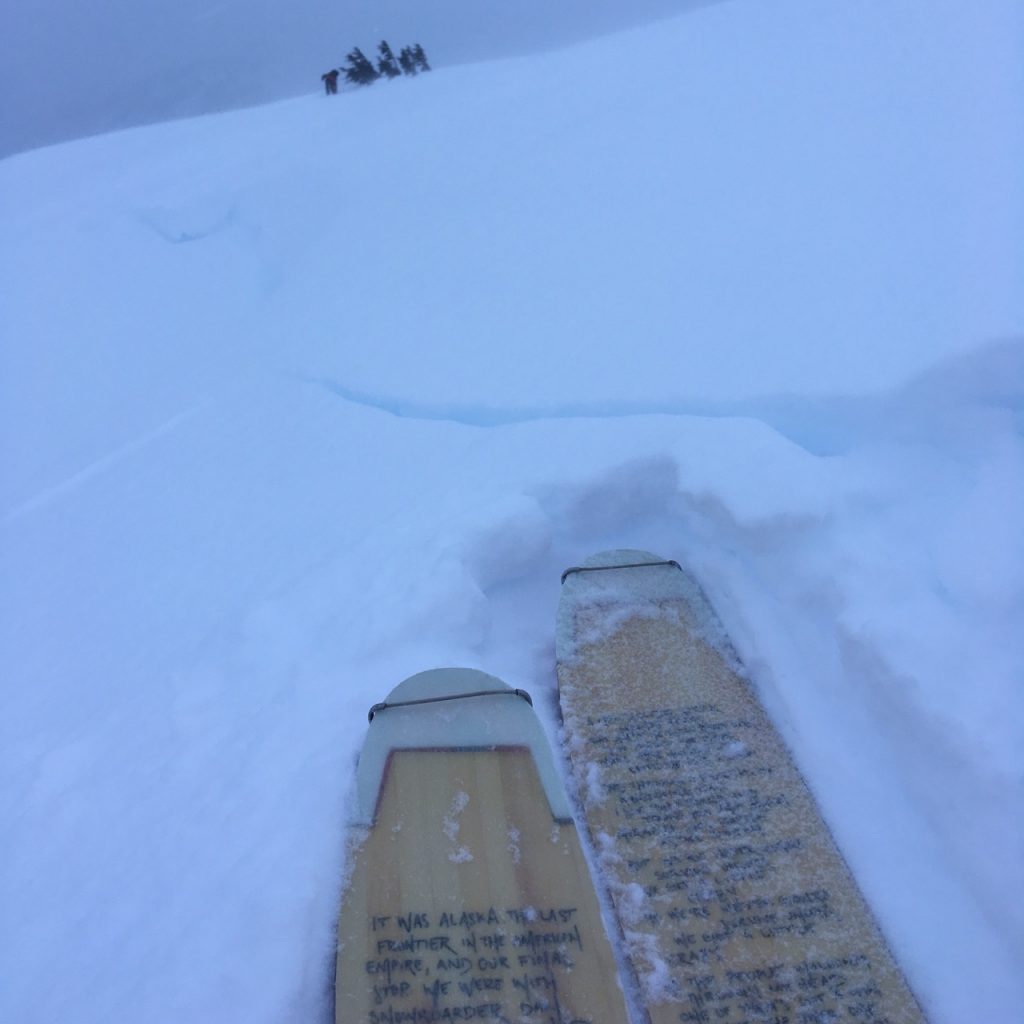 Cracking underfoot along a recently wind loaded rollover at ~2200' 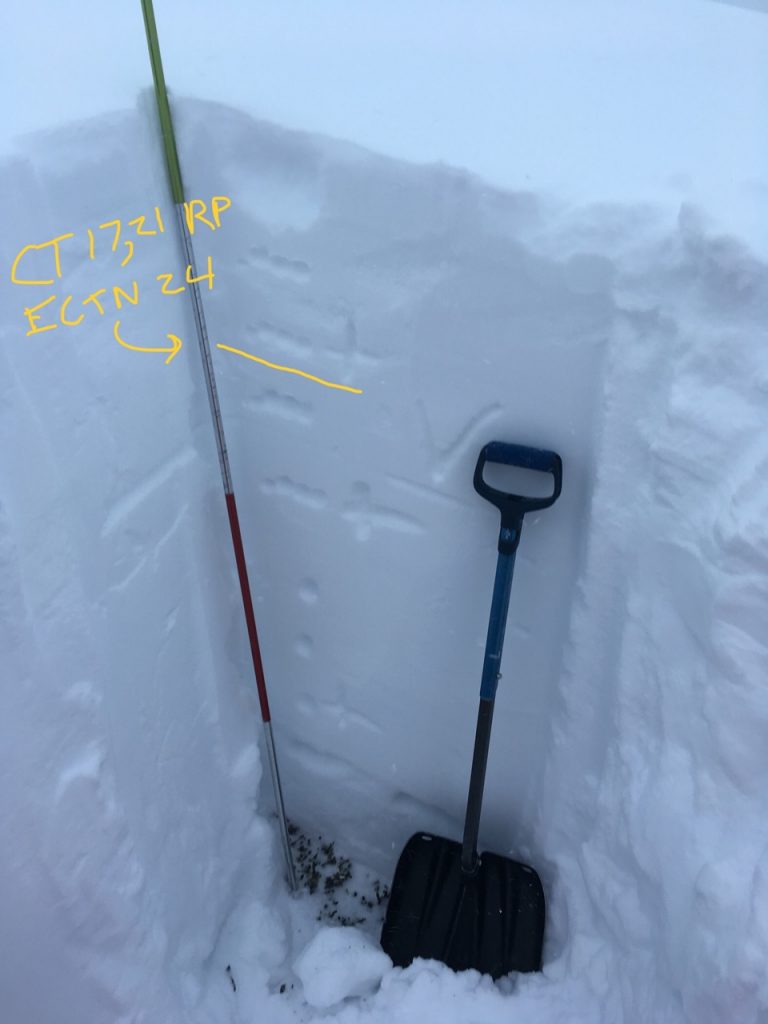 Snow structure/pit results at a representative location @ 2200' - results are above. 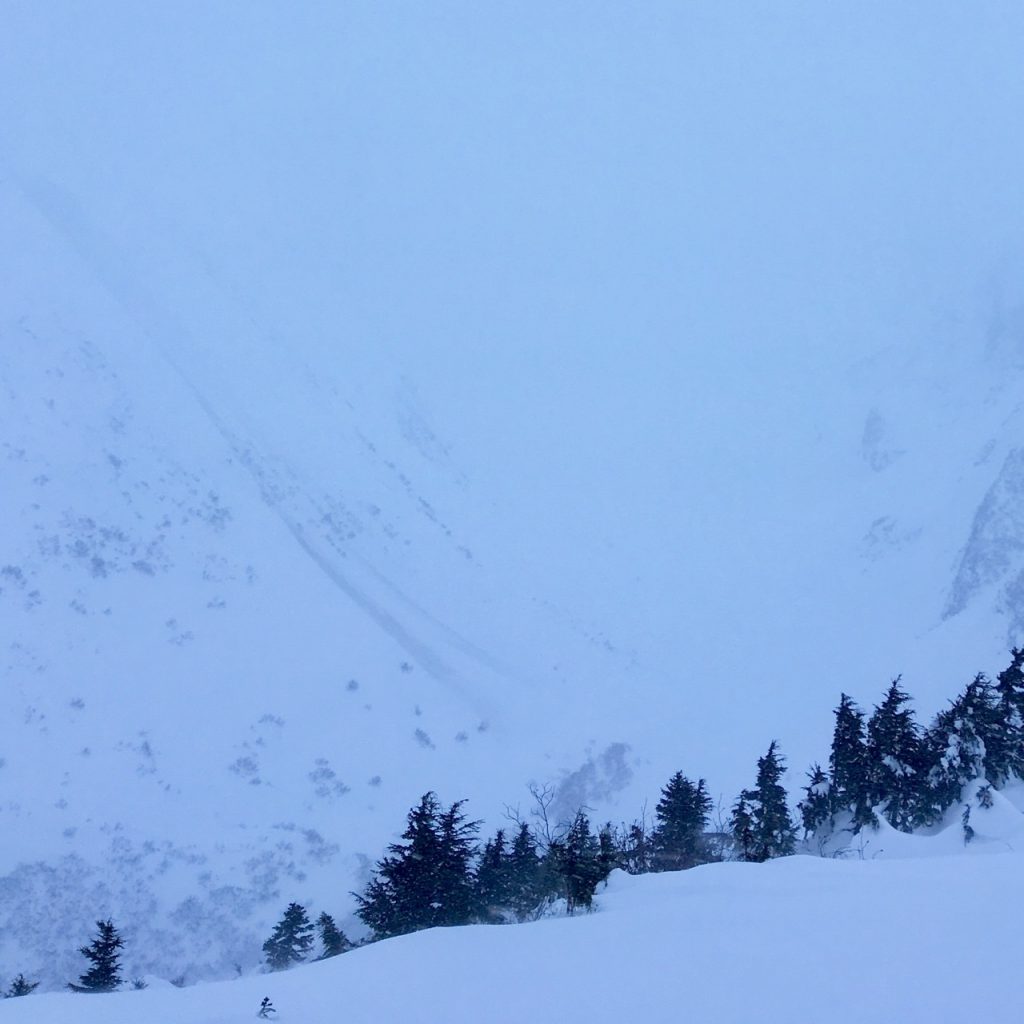 Recent glide avalanche debris, directly to the east of the point indicated on the map below. This would have been hard to see with the limited visibility, but luckily the slide entrained some dirt! 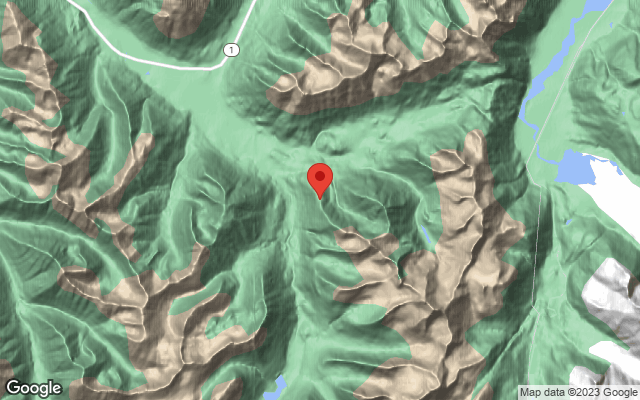