Location: Below Snowbird Mine

On the Bomber Traverse route, our party observed highly variable, wind-affected snow. Slopes from Gold Mint parking lot to Mint Hut were primarily scoured, with small, unconnected, cross-loaded pockets present but avoidable on the ascent from valley floor to Mint Hut. One of these small pockets had released naturally prior to our arrival; we were surprised to see this on a west-facing slope, as we had expected to find that aspect scoured based on predominant storm wind direction. Backdoor Gap and the north-eastern portion of the Penny Royal glacier were both highly scoured as well. Our party dug a pit at Backdoor Gap, finding hard (4-finger to pencil) hard snow, with no failure in a CT and ECT (ECTX), in this scoured snow.

Backdoor -> Snowbird had wind-impacted breakable crust on travel snow; some pockets of wind slab were observed on slopes to side above route.

Glacier Pass -> Reed Lakes trail had significantly more wind slab development. Difficult route-finding to avoid hazard. On final portion of descent, triggered avalanche described below with a ski cut. In hindsight, our group could have avoided this pocket of gulleys on the final descent to the Reed Lakes trail, if we had used the technology available to us (Gaia) to scout a better route down this final few hundred feet. We discussed where to ski down, looked at various options, and chose this based on viewing from above. As skier 1 approached slope, she noticed that what had appeared to be a crown (and thus snow that had already slid) was actually just strange wind-texture in the snow. She then proceeded cautiously, executing a ski cut across the suspect pocket, which then subsequently slid.

Hard wind slab released on cross-loaded slope, during an intentional ski cut above a convexity across the top of a cross-loaded gulley. Slab released ~ 4 ft below skier. Ski cut was from scoured surface to scoured surface, across hard, wind-loaded pillow. Propagation was quick and clean across the slope, flushing the entire wind-loaded pocket down slope.

Weather & Snow Characteristics
Please provide details to help us determine the weather and snowpack during the time this observation took place.
Snowpack 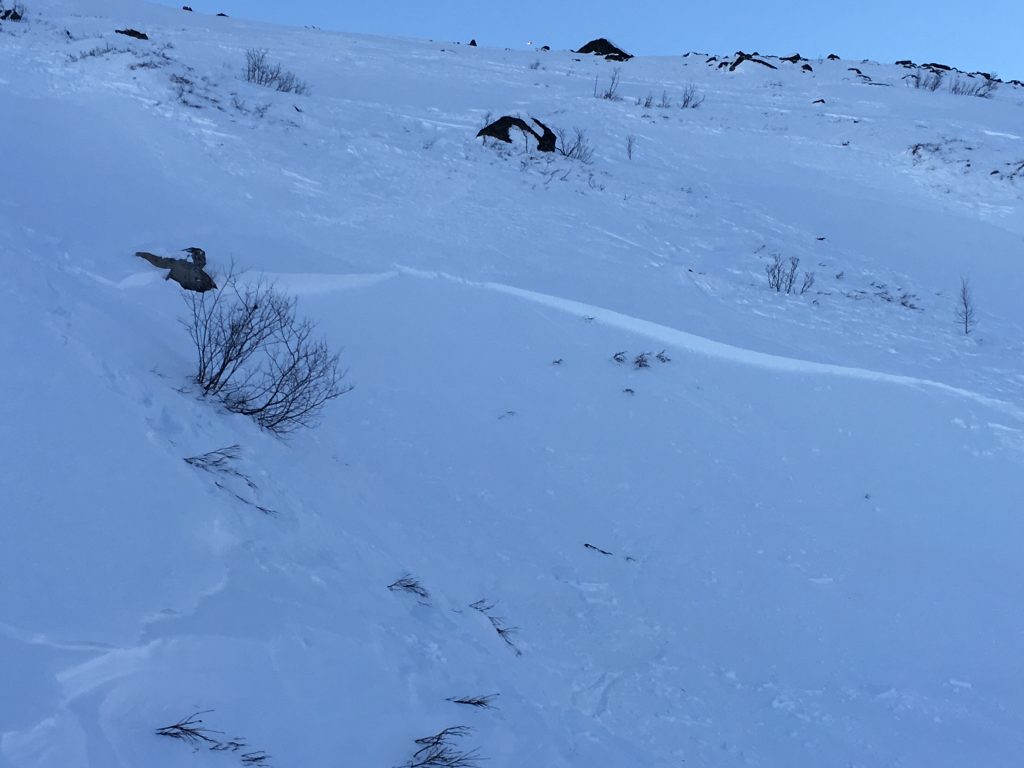 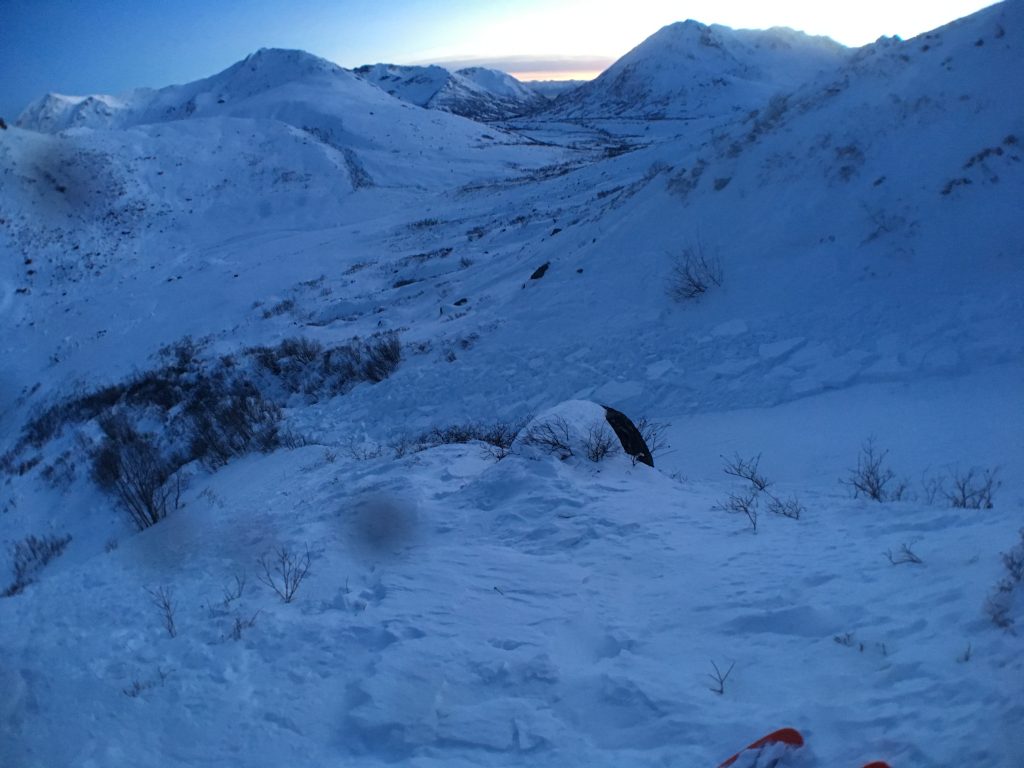 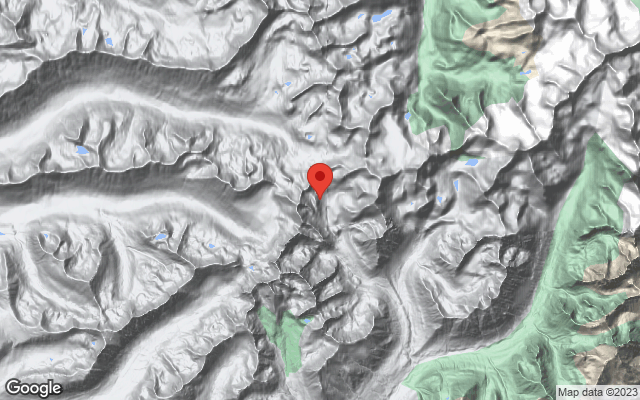