What is unique about this slide is that it appears to have run full path to the
trees below taking out a couple towards the toe. The crown has was quickly
destroyed by the 103 mph winds that followed the precip. I was up there late
tonight with limited light but it appeared to have no visible crown.

I dug into a slab at the top that had not been ripped away from the slope by the
wind and found a extremely variable thick 0-45cm Pencil hard slab capped with a
new rain crust, over Fist hard 2mm facets. I assume the extra weight of the
rain and slab softening kicked it out. Big slide for little terrain. Would
have hurt. I gave it a D2+ because a car would have been pummeled by the hard
chunks and mostly buried. A person well…. yikes. 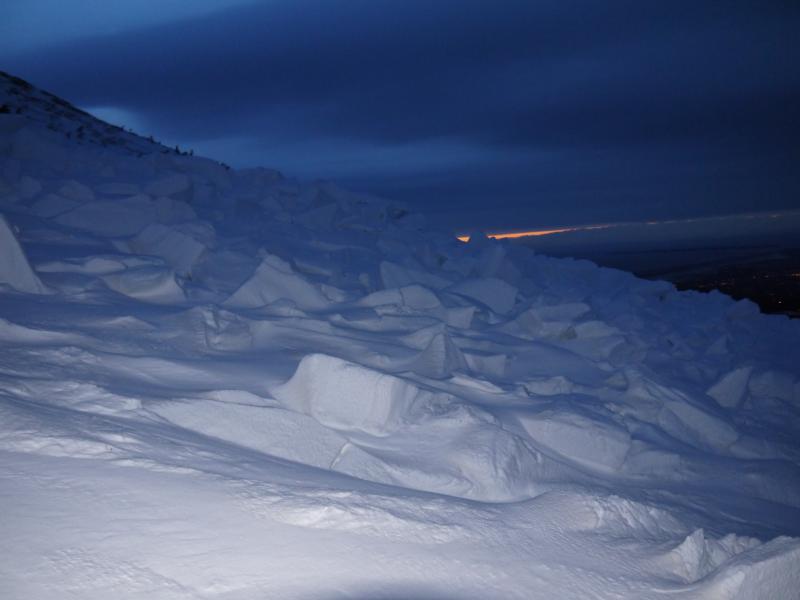 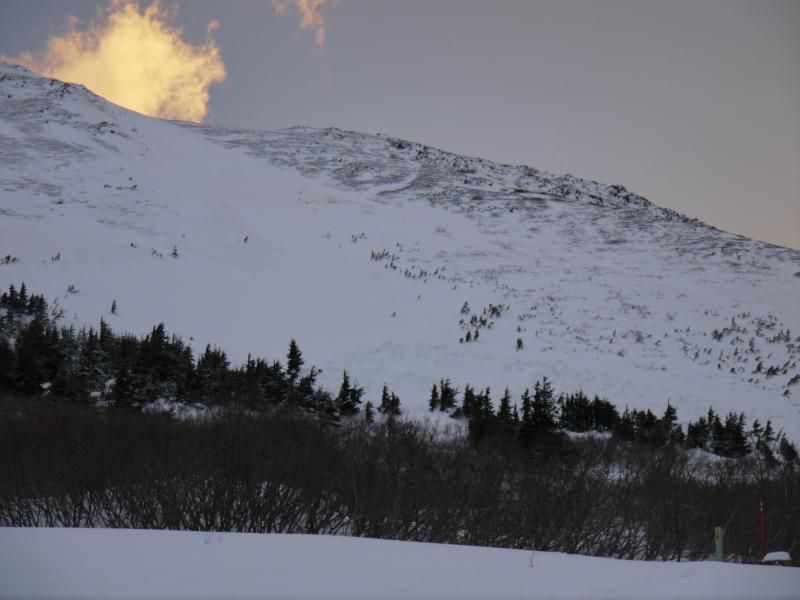 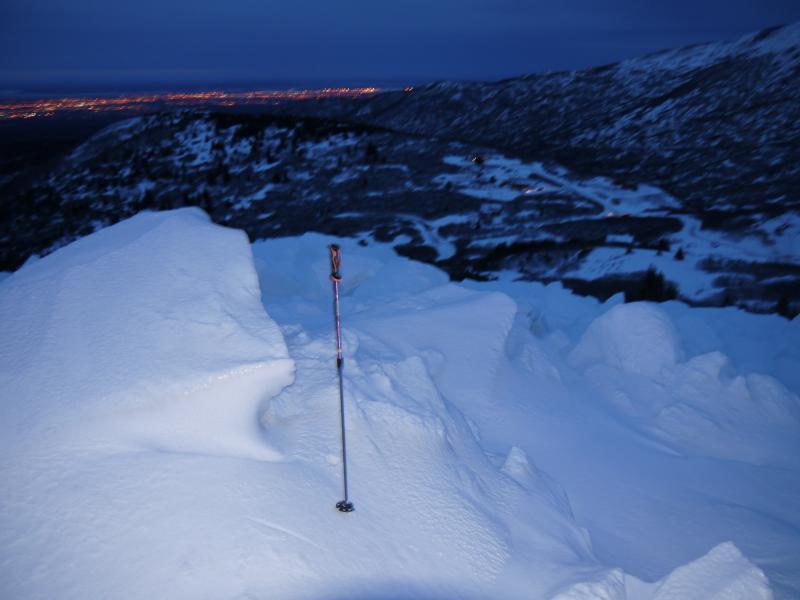 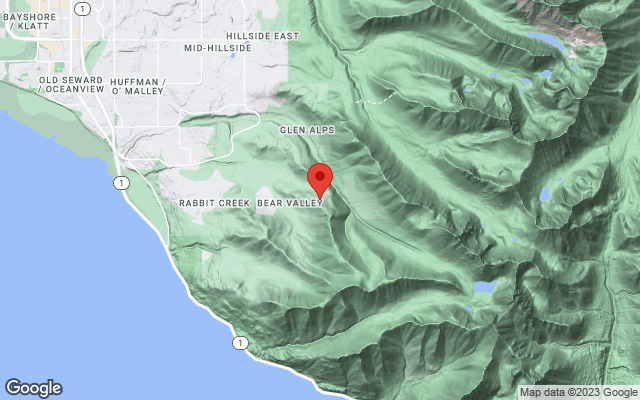