Toured above Independence Mine to check out Baby Ruth and check in on surface conditions. Flat light and poor visibility was present throughout the tour.

No cracking or whumping was observed. Glide cracks on Skyscraper and Marmot are getting quite large.

The visibility deteriorated rapidly today, at independence mine we could see all the way to Pioneer peak. In about an hour Marmot and Microdot were no longer visible from Baby Ruth. Snow started right around 12pm and intensity of snowfall increased all the way back to the car.

Trace amounts of new snow accumulated last night and this morning. Snow surfaces were a mixed bag, with pencil hard wind slab found at around 4100'. Below 4000' the old melt freeze crust were beginning to deteriorate with faceted grains hiding right below. NSF was observed in sheltered areas below 4000', old stiff wind slab was found at higher elevations. Conditions above 4100' were firm and boot pen was minimal. Firm riding conditions exist near ridge tops. 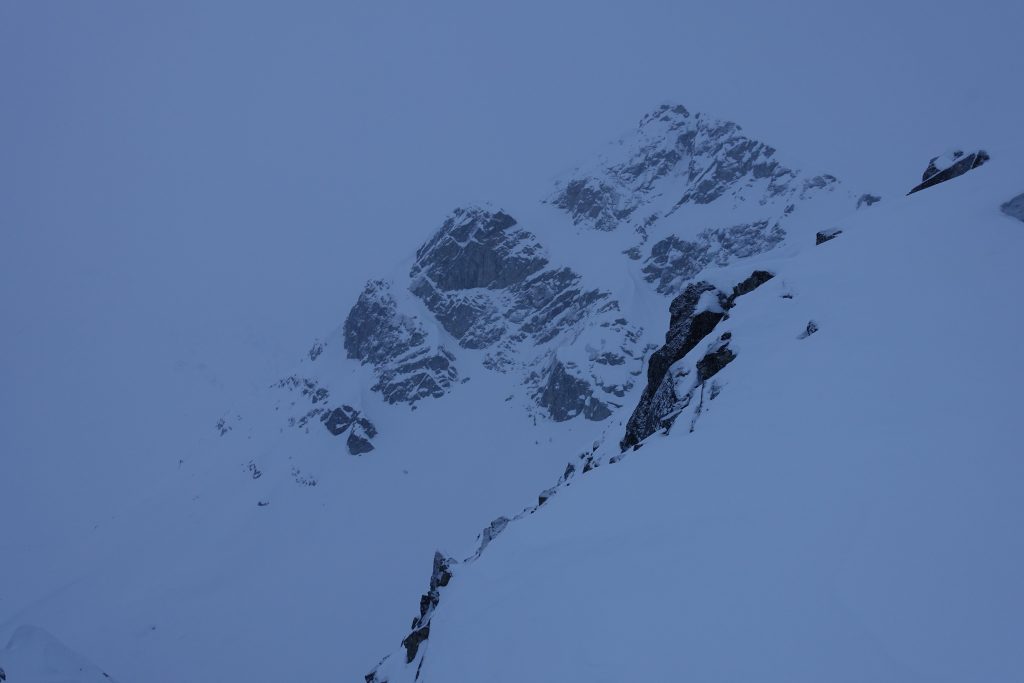 View across the valley looking at Marmot. Rock bands are barely visible. 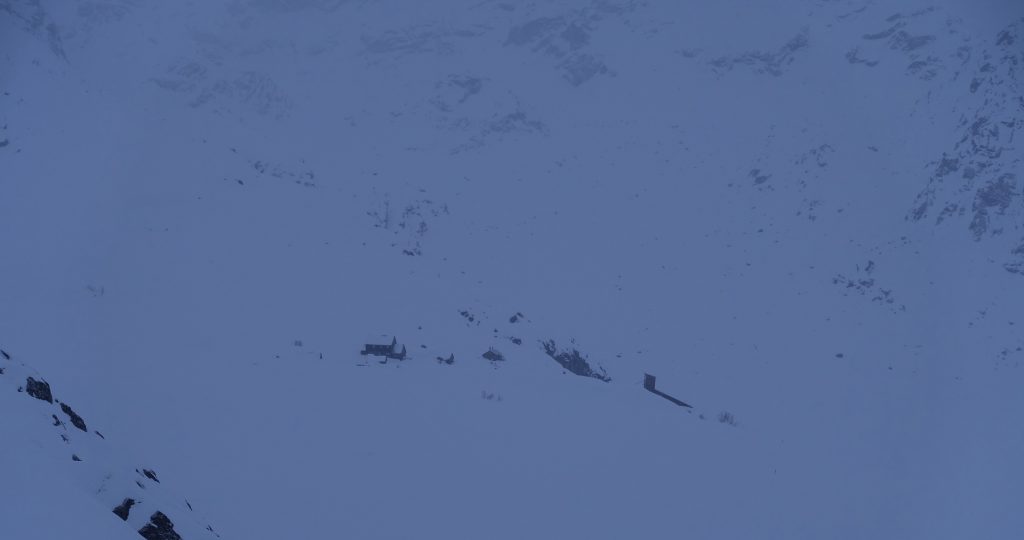 Looking at gold chord mine with deteriorating visibility 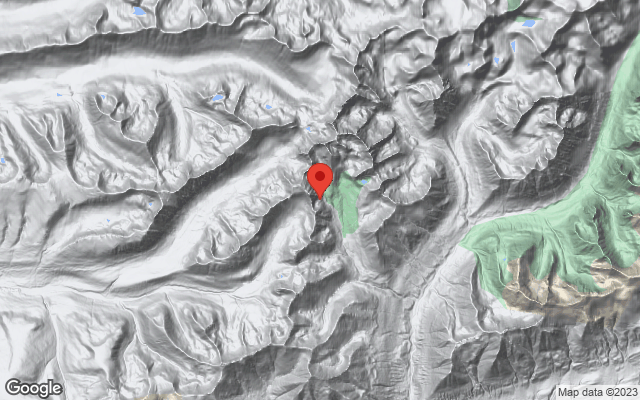