On January 7 a party of five skiers remotely triggered an avalanche in a nearby gully while ascending the north ridge of Arkose Peak on a westerly slope in Hatcher Pass (southeast of Lonesome mine). No skiers were caught.
Though we had no signs of instability on our approach, we were closely monitoring slope angles and were travelling on 30d or less slopes. On a broad slope to the right of a major gully, I skinned slightly closer to the gully than the others. Upon turning, I felt and heard a large whoomph and ‘rolling thunder’. We observed the lower third of the avalanche from our location. On the ski down the broad slope Elena and John reported shooting cracks. The day was mostly clear and calm with temperatures in the 20’s.
With closer inspection, the crown face was about 1’ with the right flank (climbers view) upwards of 3’ with two significant slabs. The crown face was at ~4,400’ and the runout zone at 3,600’. The debris was contained within the gully spread over about 300 yards and possibly 10’ deep or more.

None until the avalanche. 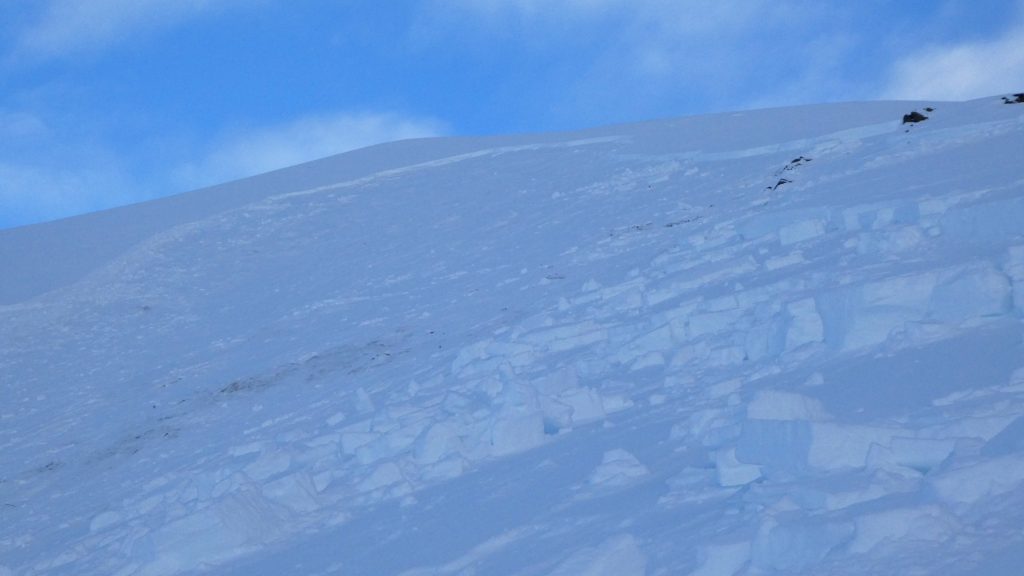 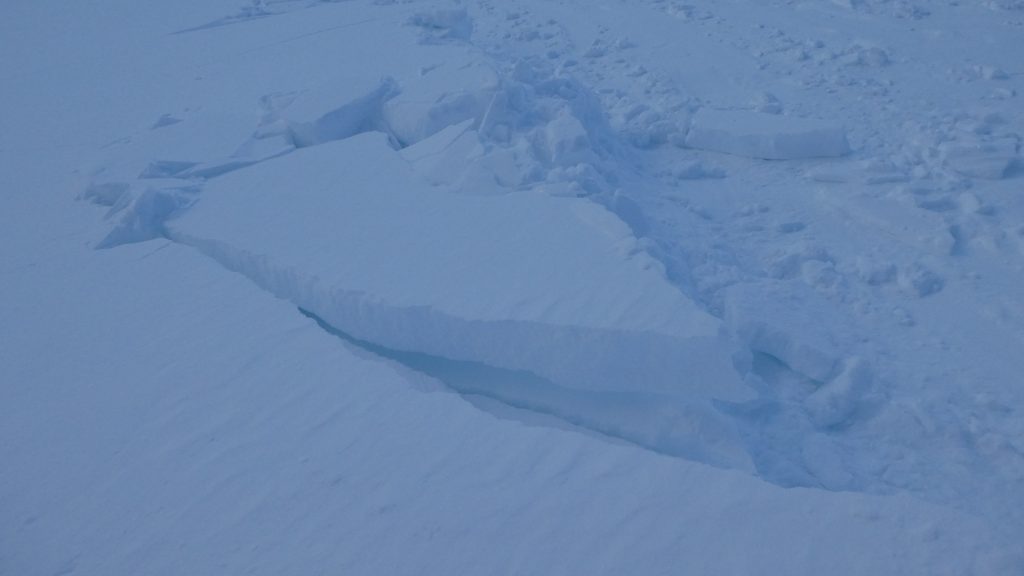 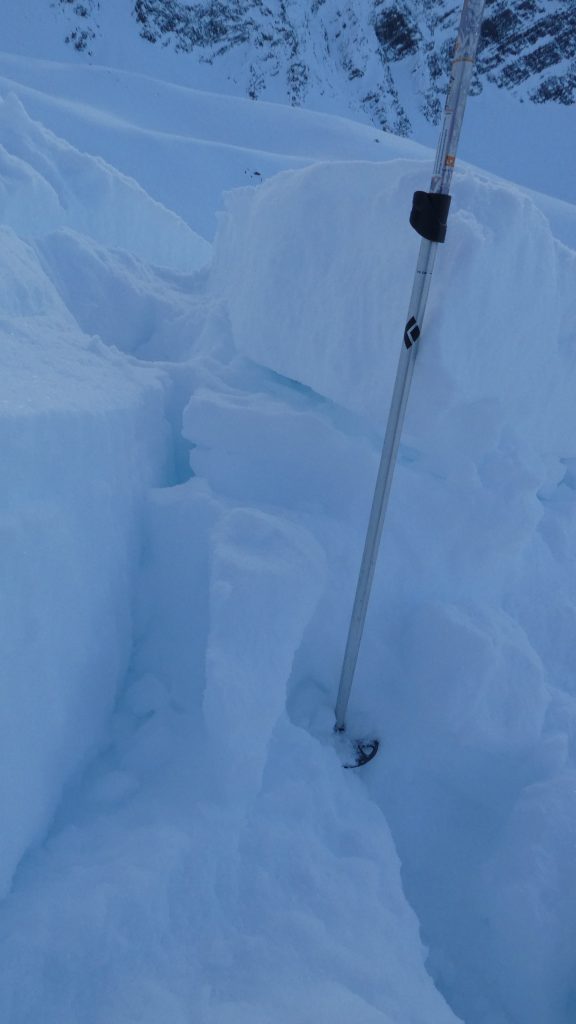 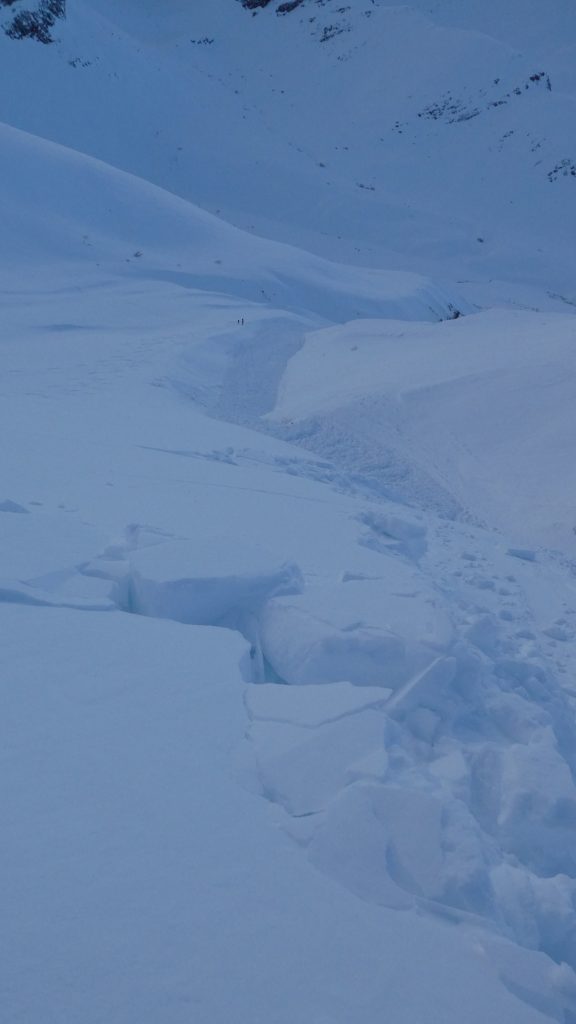 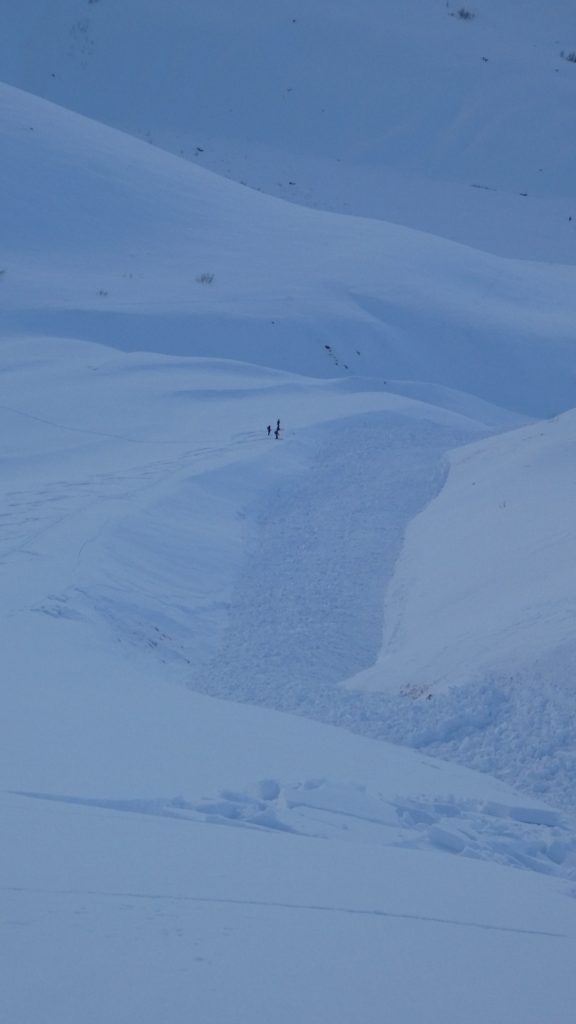 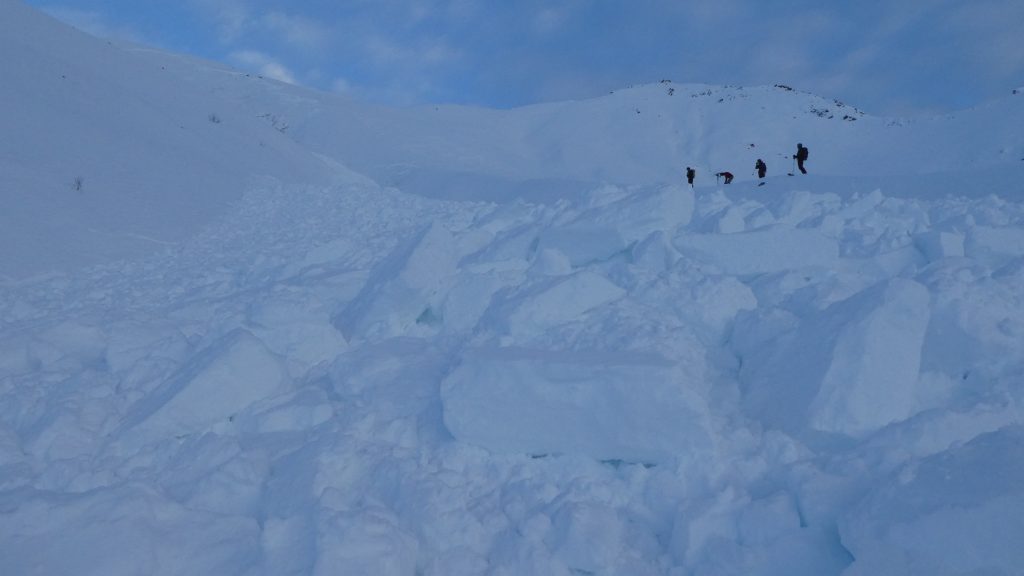 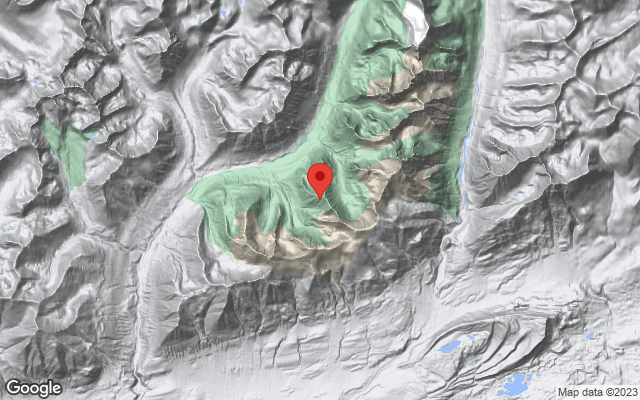