Whumphing in larger consistent patches of snow at lower elevations in the valley and easy CT results in this same area; snowpit at 2900'.

Highly variable. Shallow overall, but patchy with areas scoured to ice crust on the ground to deeper areas of wind packed deposition. Depths from ~5cm to ~100 cm in areas we observed in the mid-elevations of the valley.
In general the snowpack is a mix of faceted weak layers, crusts, and wind slabs in several layers. See pit profiles photos.
Both snow pits had ~10cm of basal facets overloaded by a thick melt freeze crust, facets, and then a combination of facet/crust layers and wind slabs in the mid to upper pack. The snow pit @ 2900' had 2 thin (easily breakable) ice layers that indicate it may have rained for short periods during the recent warming trend. These were not observed in the pit at 3500'.

Pit 2: N, 3500': Moderate to Hard CT results (CT15-CT26 (SCx2, SPx1) 66cm down on a weak facet layer below a 44cm thick dense wind slab. Hard CT results (CT23, CT28, CTN) on the basal facet layer. This area is near the saddle and has pockets of deeper snow and a lot more wind effect than lower down in the valley but is still highly variable in snowpack depth. Test results suggest that the dense thick wind slab in the mid-upper snowpack (found in snow deposition areas at this elevation) is more supportive and more stubborn to collapse than found at lower elevations. However, the weak facet layers still exist in the lower snowpack below this dense slab and suspect could still be triggered in areas where the slab is thinner.

If this is any representation of the conditions of the Front Range and Eagle River, there are definitely some persistent weak layers still present in the lower snowpack underneath wind slabs that are present in varying depths and in most areas (including SW to NW slopes) that indicate touchy to stubborn sensitivity to collapse dependent on their thickness. Something to be cautious of if we ever get a big snow dump that we are all waiting for. 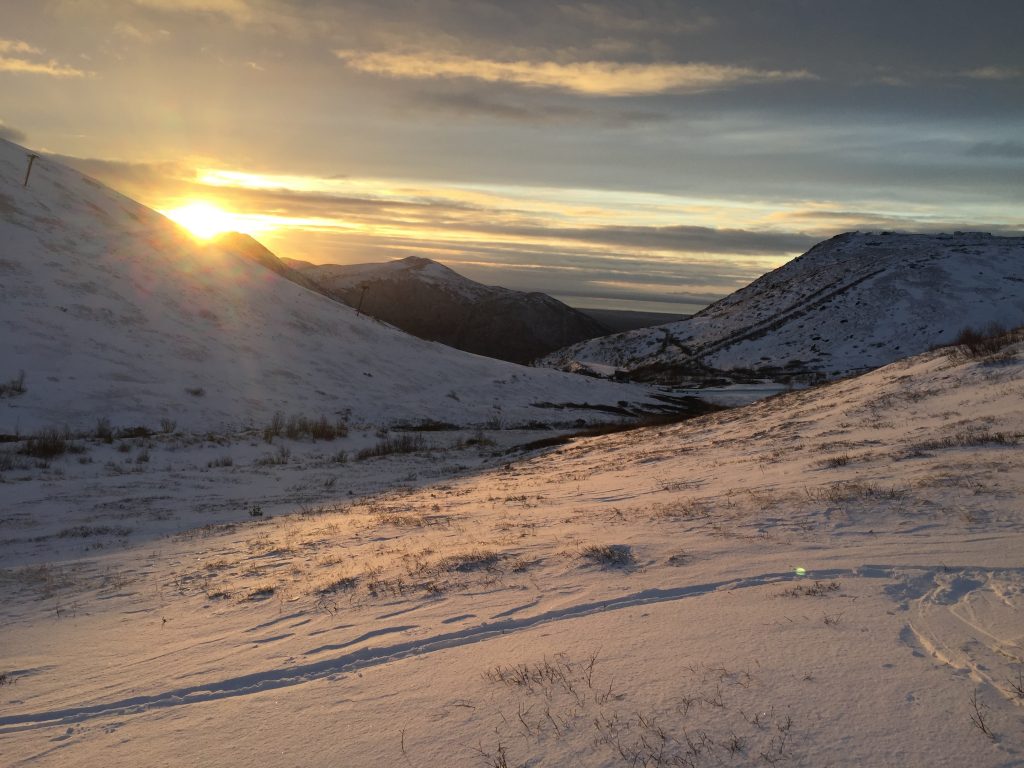 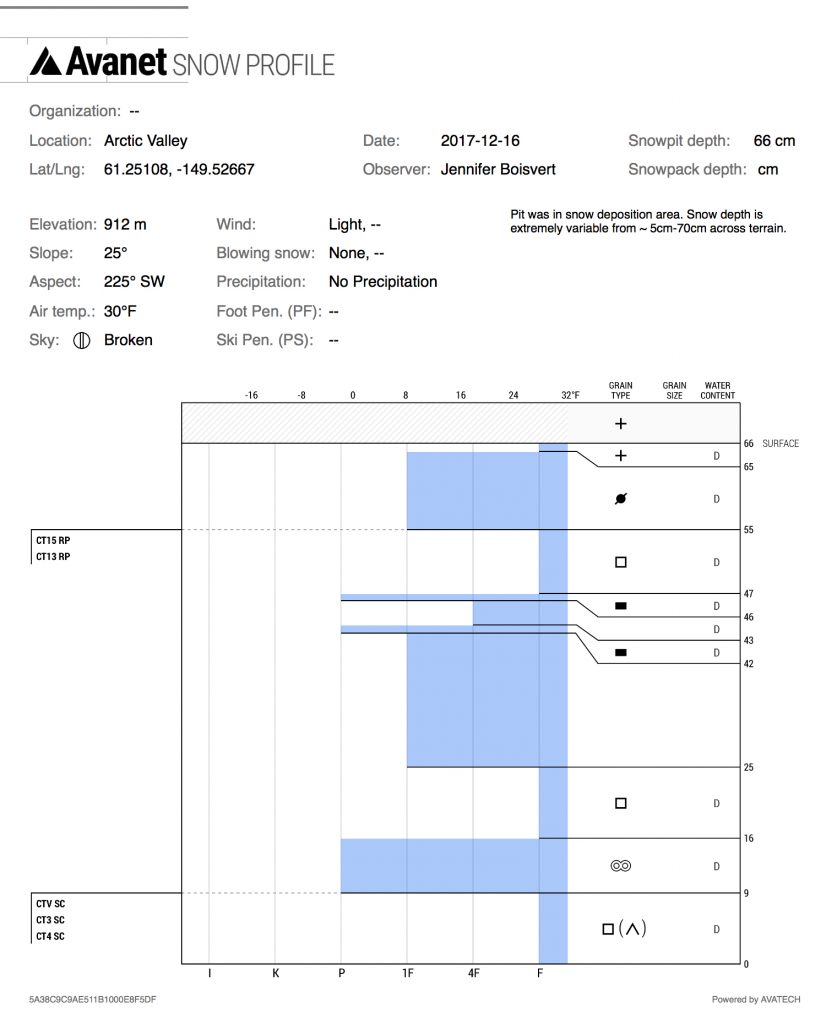 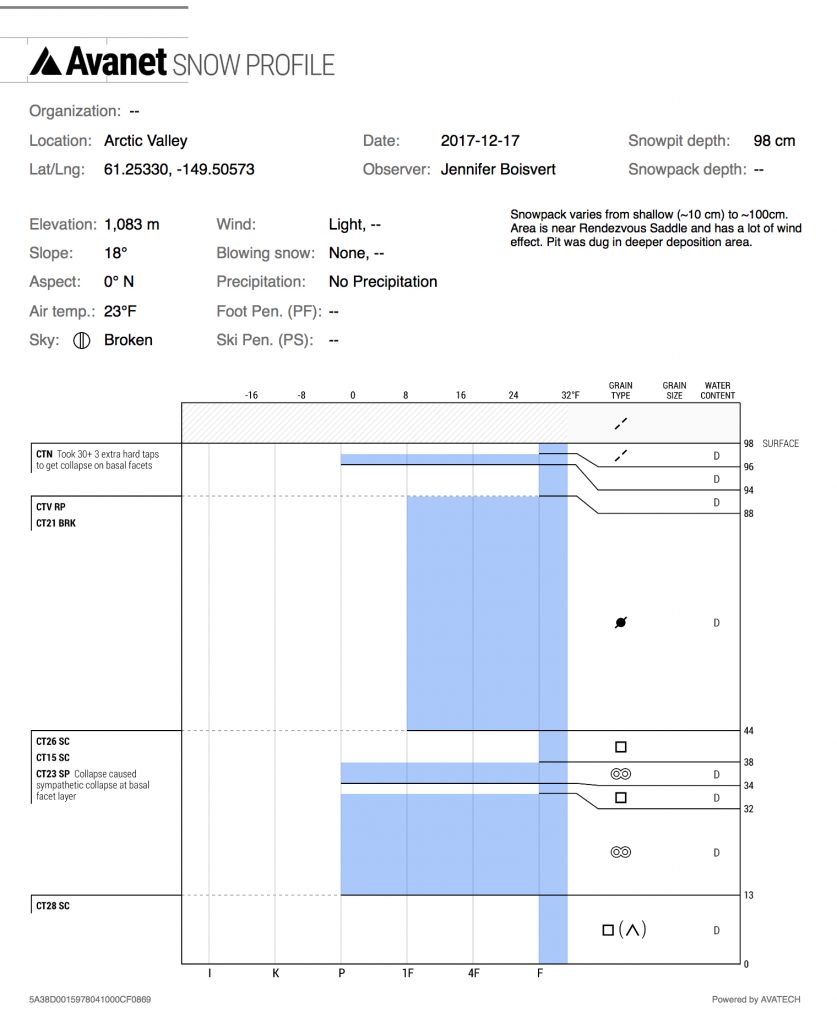 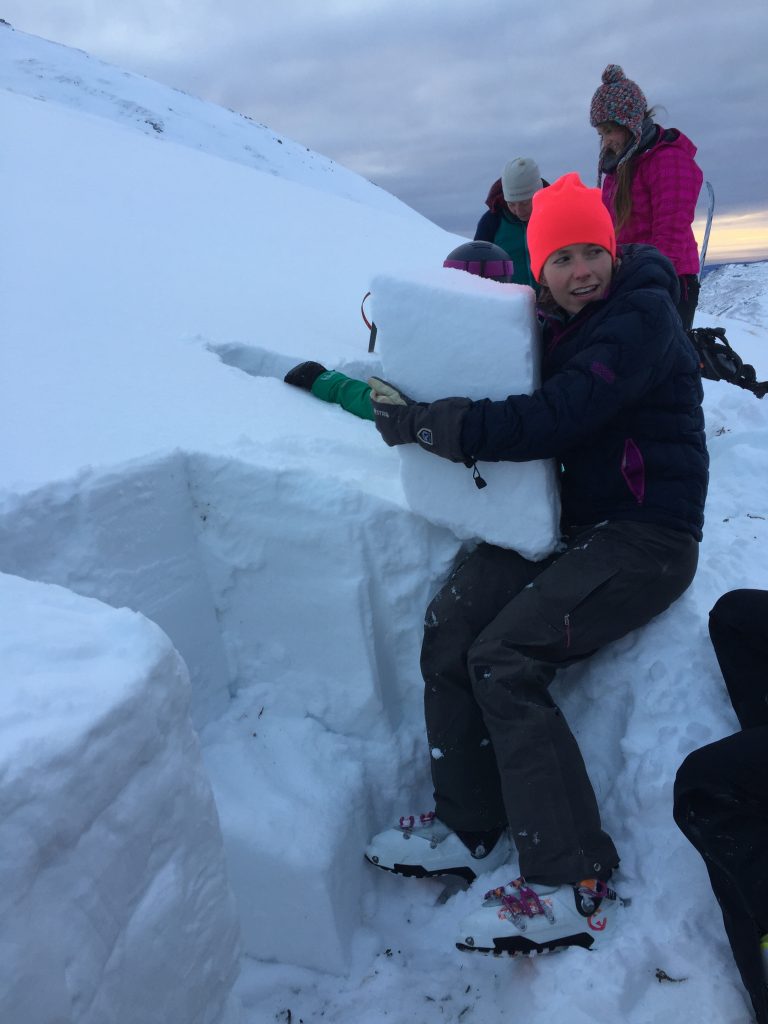 The dense (and obviously strong) wind slab, with layer it eventually broke on in CT tests. 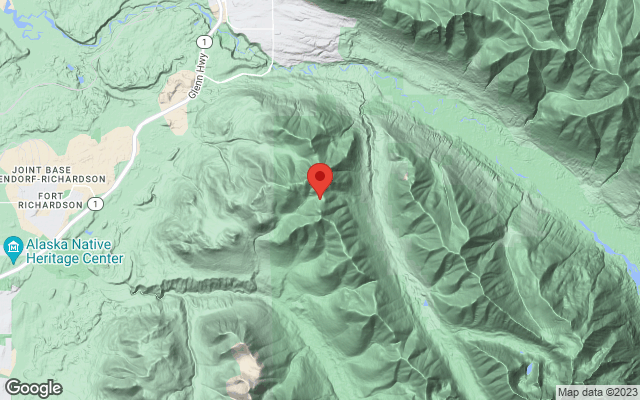