Skied the Arctic to Indian tour route on 3/19/18, 12 large and fresh natural avalanches were observed on all aspects. The popular ski tour route crosses the run-out zones of numerous large avalanche paths, especially north of Indian Pass. This year especially, it is advised to carry avalanche safety gear, including beacons and shovels, and our party set the route in the middle of the valley and as far away from the toe of slide paths as possible. Given the extremely weak existing snowpack, we discussed the possibility of triggering slides from far above while traveling on the flats.  We were aware that it’s was not the steepness of the slope we were actually traveling on that mattered but the the steepness of the slope we were connected. We also noted that collapse failures of the snowpack can and have been observed traveling over a mile this winter, starting slides far away from the initial cause of collapse.

Numerous large and fresh naturals observed on all aspects, with crown depths up to 6'.

Collapsing of the snowpack throughout the tour, especially on the north side of Indian Pass where the snowpack is thinner and weaker.

Up to 10" of new high-density (>20%) and extensive wind transport and wind loading, especially onto east and southeast facing slopes. Snow plumes extended up to 1000' vertically off many of the peaks surrounding this route.

Dense new snow, up to 10" of new snow at Indian Pass and on the south side of Indian Pass. 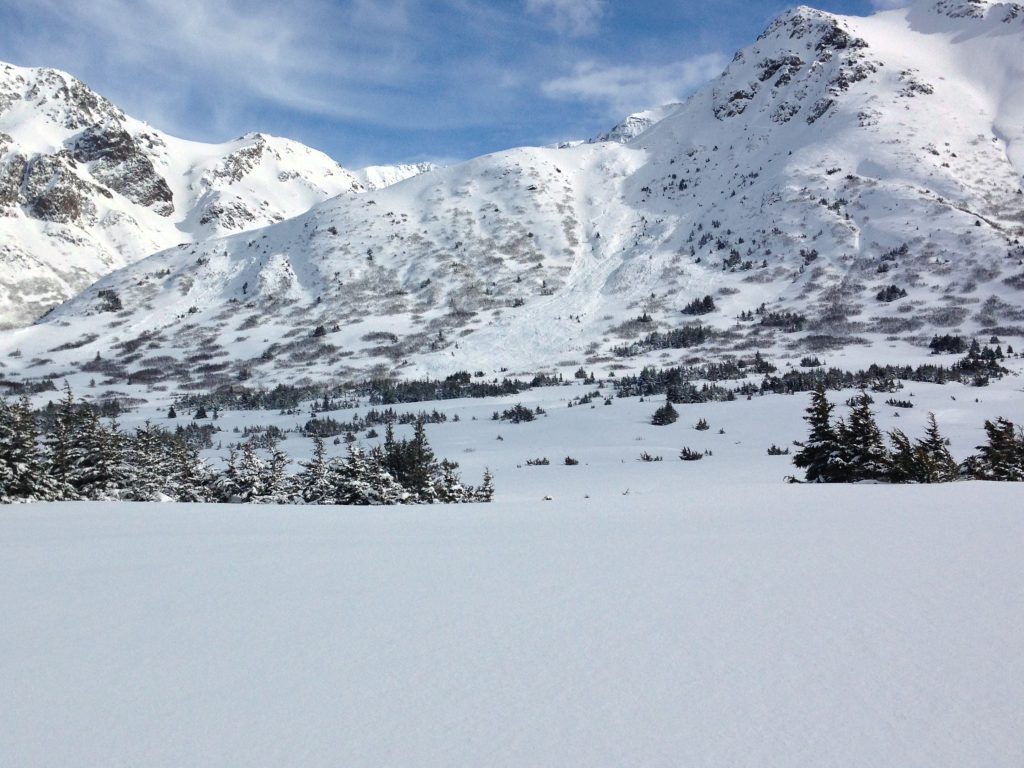 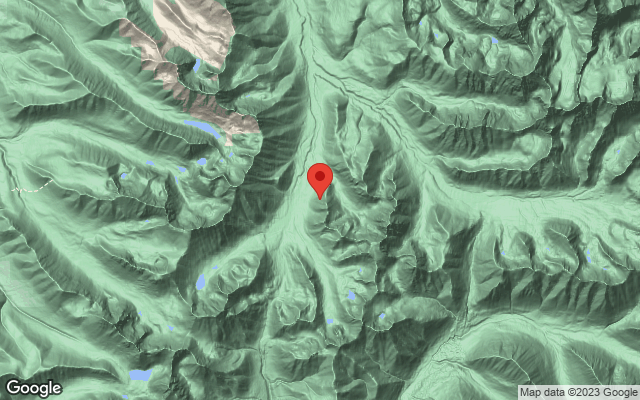