Red Flags: Lots of recent avalanches from the Easter avalanche cycle. No whumpfing or cracking during the tour.

Details: Toured from Skeetawk up to Frostbite and then to the top of 4068 and descended Wimp Bowl. Looks like the whole sunnyside of 4068 went during the last avalanche cycle failing on the drizzle crust and stepping down to the ground in the gullies. Lots of other natural avalanches noted almost all on NE through SW aspects. Most had the bright sheen of the drizzle crust on the bed surface.

Snow conditions were pretty much sastrugi and breakable wind crust above the alder line with creamy POW below the treeline. N aspects were wind loaded and there were small 2 in wind slabs noted along the skin track following the ridge. No serious red flags on the tour. Wimp Bowl skied like the front range ( no offense to the front range :) and riding conditions have definitely deteriorated since a couple of weeks ago even though things look nice from a distance.

Yes, all these avalanches were from Sunday during the Easter Avalanche Cycle. 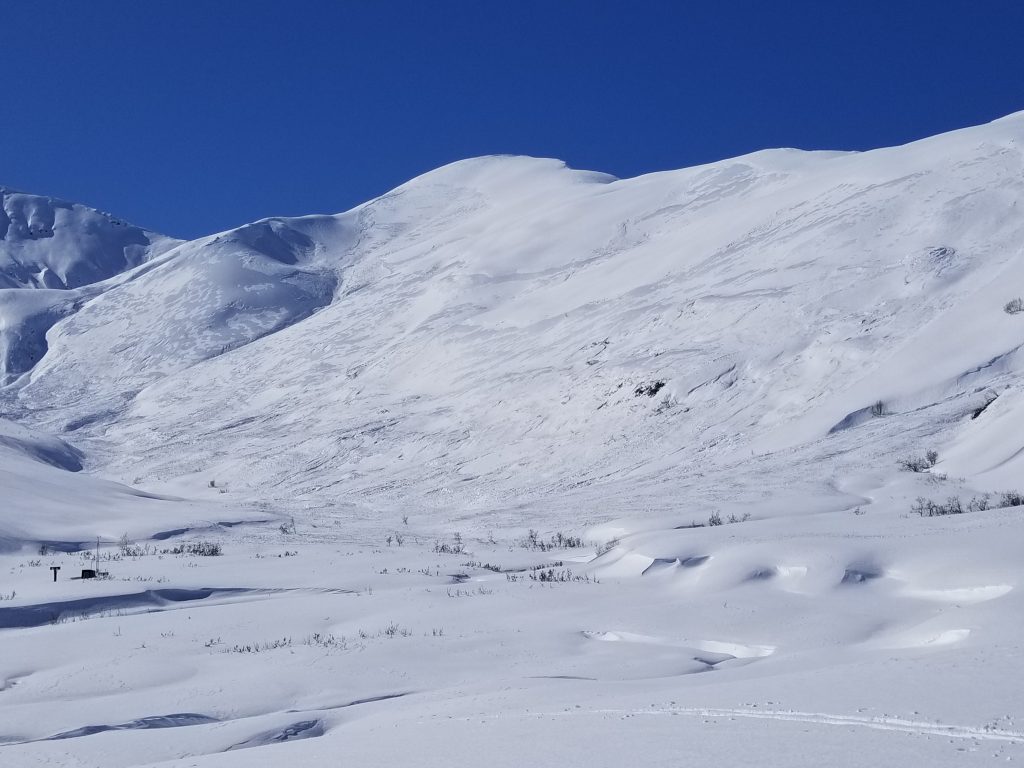 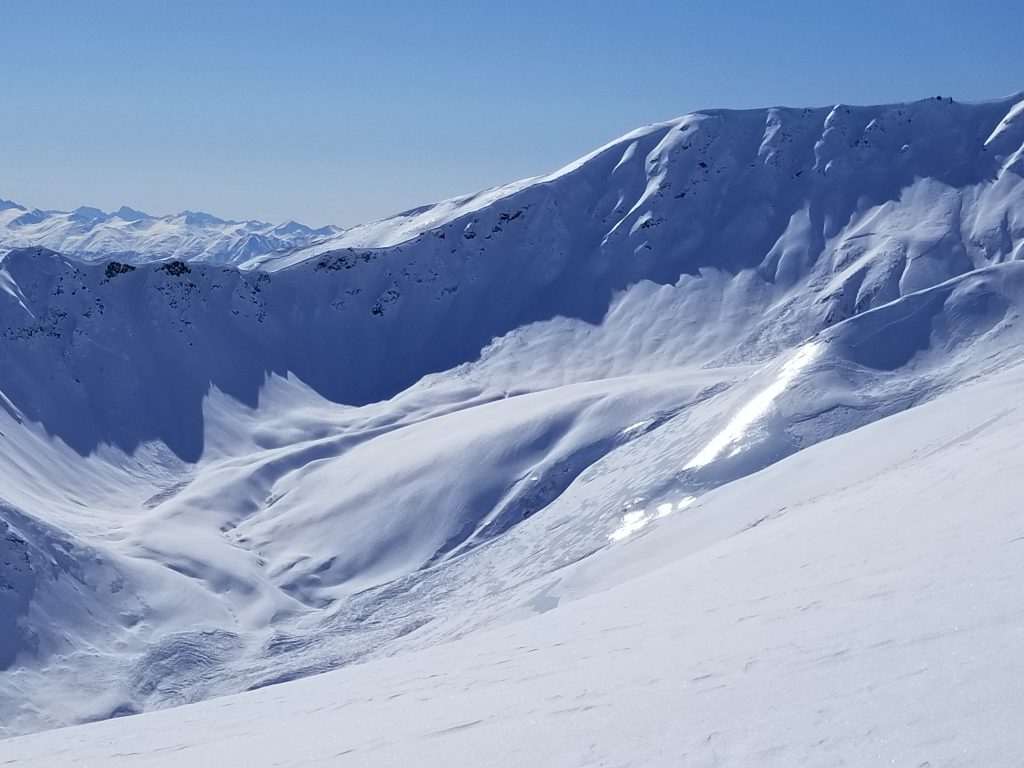 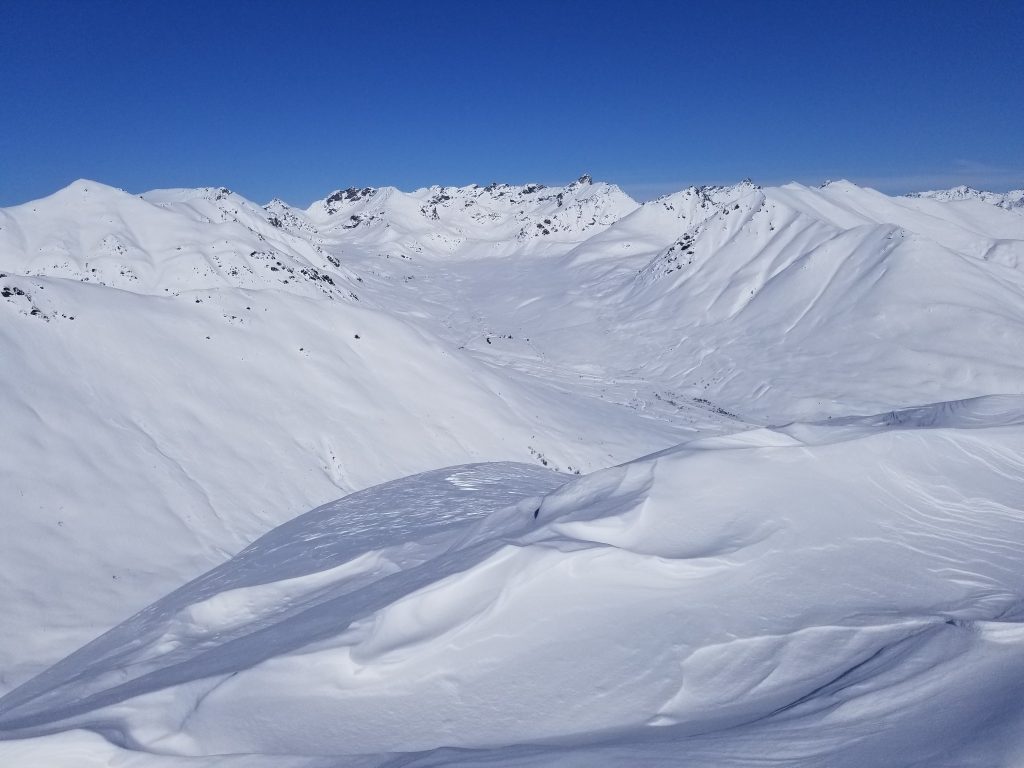 Not as many naturals on similar aspects near the mine 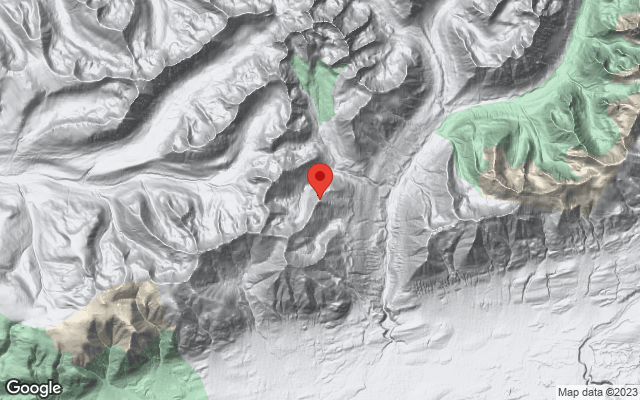