Some general observations from this week at Hatcher Pass. We did not perform any formal snow tests.

We tried to skin mid-storm on Sunday (March 8), it was basically impossible. The new snow was more than a whole ski pole deep, and even with fat skis on we were wallowing thigh-deep and had to skin in order to go *down* hill. The snow was so unconsolidated that the skin track filled in behind the trailbreaker so followers had to break trail again.

-We waited until Wednesday (March 12) for that snow to consolidate. Skinning was only boot-to-knee deep. Significant surface hoar had formed at all elevations on all aspects. We noticed that ski penetration was almost twice as deep in the shade as in the sun. Clearly the bright sun was having an effect, even at single digit temps. We did not notice any signs of instability and there were tons of volunteer stability testers ripping down Marmot Mountain on all aspects. We stuck to northerly aspects on 4068 Peak. There was no wind.

– Today (March 13) we skied 4068 Peak, again sticking to North, or Westerly aspects with only oblique sun, because the sunny aspects seemed to be getting warmed up. We skied steeper slopes, and had some sloughing on steeper roll overs. Enough snow was entrained in these sloughs to become dangerous if there was a terrain trap. We also noticed snow drifting throughout the day on just 5-10mph westerly breezes. Small windslabs have probably started to build just under high elevation ridges, on easterly aspects. This wind was *not* enough to knock done the surface hoar in almost all areas.

– When were leaving the area at 5pm we noticed that a sun crust had built on a steep (>35deg) southerly aspect that was wind sheltered. We wonder if this sun affect has anything to do with the two large avalanches that came off of Marmot today, one of which closed the road.

an avalanche crossed the road......

suns out guns out, but frigid in the shade 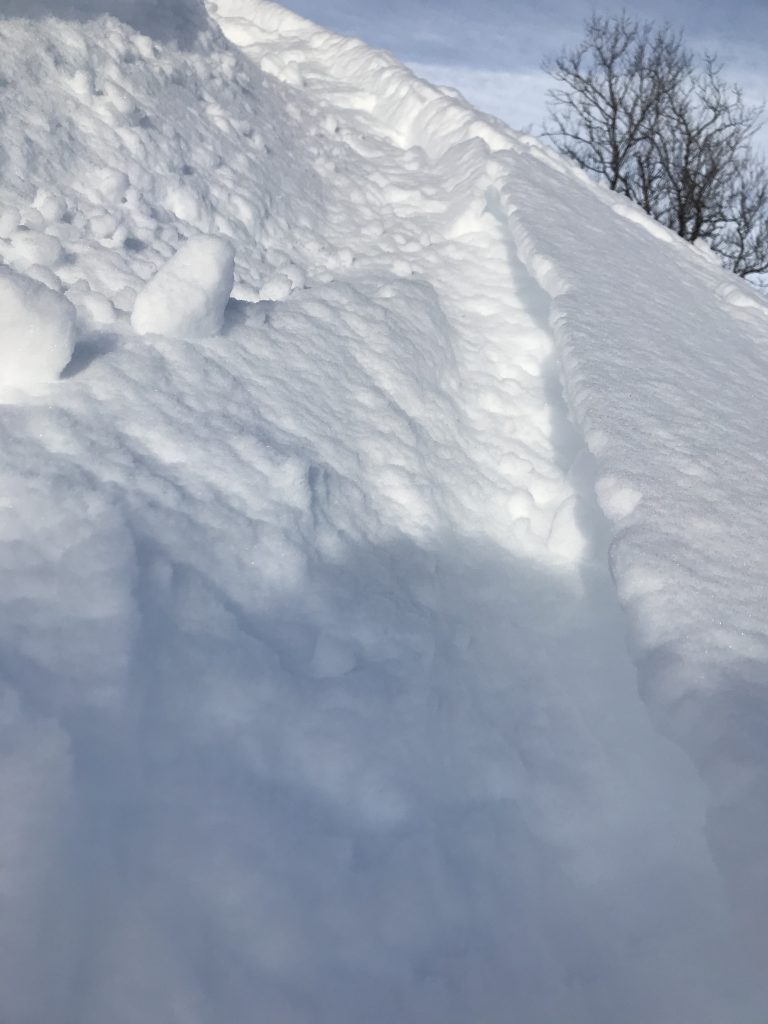 This southerly aspect is steep enough to really face the sun, so it produced a stiff sun crust, even with frigid temps. 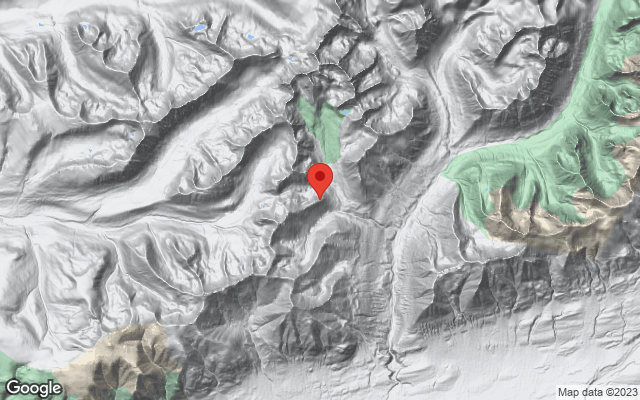