Skinned from Fishhook lot south to Wimpy Bowl, skied short lap ENE, then skied 3 laps of N side of 4068.
Many small, thin, loose natural avalanches were present in every direction. These spooked us until we felt we thoroughly tested the snow. Our tests surprised us with how non-reactive the snow was given the recent loading.

Many recent natural avalanches. Most were loose surface point releases from warming rocks. Some thin (3-6" ?) crown lines seen with short running debris piles, but it was tough to tell when they went. Other areas of widespread thin (a few inches) loose avalanches looked like they had been continually shedding throughout the previous day's storm cycle.
One whoomph with the third skier across the flats on top of Wimpy Bowl at 3600 ft.
No sluffing from skiers, even on 40deg slopes.
One "larger" natural avalanche occurred while we were out. A icy cornice collapse at 3900ft on a north aspect of 4068' managed to make a D1/R1 run 900 vertical feet.

Temperatures hovered just below freezing. Sky ranged from clear to slightly obscured by low clouds, with a temp inversion layer in effect. Very hot in the sun. No wind. Intermittent snow/mist. Clouds and snow finally closed in around 3pm.

There was one discernible layer within the new snow, found with ski poles while skinning. A denser/wetter layer, that in areas of thinner snow pack had slightly frozen into a light crust. I think this layer corresponds to the 10F temperature spike that happened from 11:00am to 12:00pm as measured by the Independence Mine weather station. We were also skiing during that time yesterday and felt the change in the air. This layer was not found in our pit.

We dug a pit on a 350deg (North) aspect of 4068 at elevation 3634ft. This is a wind loaded rollover just below the ridge line, purposely chosen to represent the worst case scenario for the slopes we hoped to ski, similar to areas with natural avalanches seen elsewhere.
Slope angle 41deg
Depth of snow 250cm
Depth pf pit 125cm, dug down to hard base
New snow measured 68cm deep, fist hard
Crust layer from 68 - 75 cm down, finger~ish hard
Layer of fist hard at 75cm down
Finger hard down to 105cm.
Pencil hard from 105cm -125cm down

CT column was tough to cut as it crumbled. Failed on isolation with a ski (forgot my saw). If I had a saw I may have gotten it to stay, but I'm sure that the all the new snow would have just compressed with the CT, as it did with the ECT. Failure layer was the new/old interface.
https://www.youtube.com/watch?v=iVYpM_xbs3E 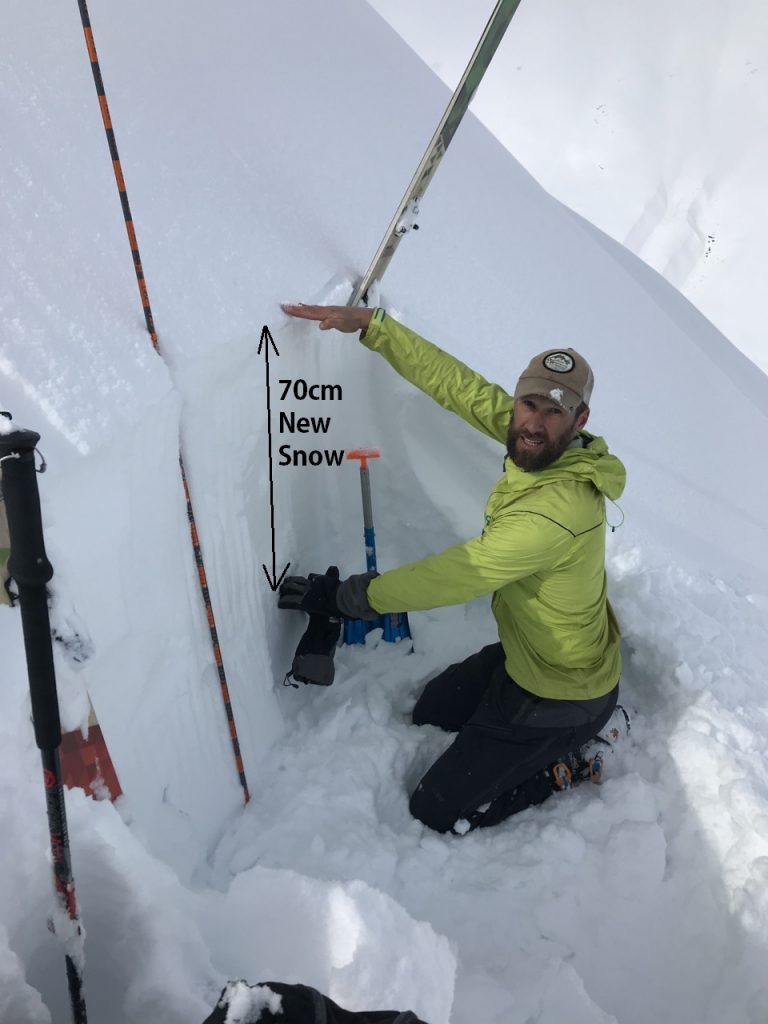 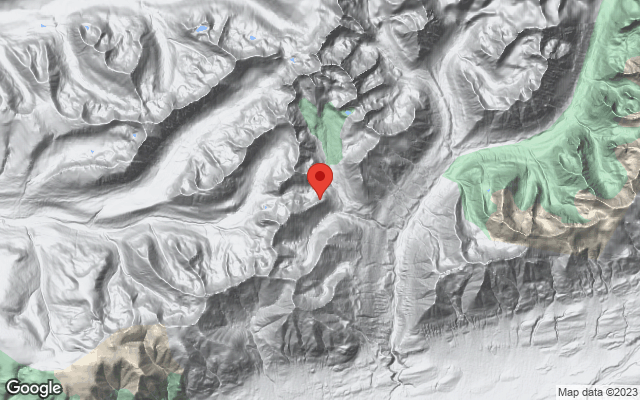