Observed the two slabs on lookers left of the first photo of the Galoob/Haffener Marmot obervation as they happened from the top of 4068; as the first skier in the group proceeded down from the Marmot ridge, the slide closest to the tracks was remotely triggered as they initiated one of their first few turns.. That skier then headed for the slightly ridged area to skiers right, while the slide second closest to lookers left then sympathetically released several seconds after that first slide initiated. The second skier in the group proceeded down a similar route as the first skier several minutes later, with no additional slides triggered.

The crown on lookers right of that same photo was triggered earlier in the day.

Several woomphs near the top, which we suspect were the basal facets as pictured in this week’s avalanche forecast.

Overcast with light snow in the am, transitioning to few clouds midday. Occasional light winds, temps 10-20.

The top foot of the snowpack was surprisingly consistent from the sledding hill to the top of 4068, comprised of 8-16” of fist to four finger snow, and the pit in this week’s avalanche forecast was highly representative of what we found above 3000’... even in places that are usually wind scoured or highly wind loaded.

No formal tests, but ski pole probing and quick hand pits above 3000’ revealed very poor structure, as was pictured in this week’s forecast. 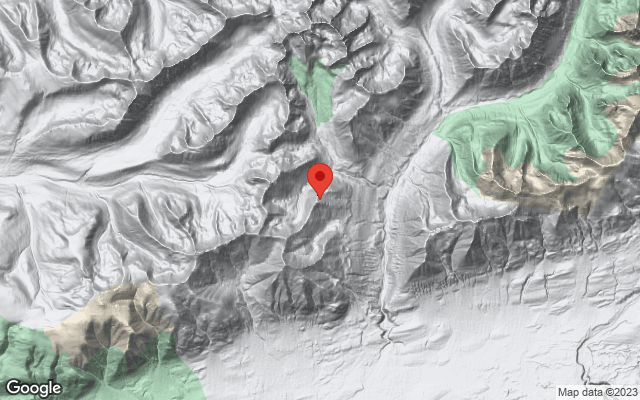