See photos below; this small slide of a WSW aspect of Marmot occurred some time between 3 PM on 12/24 and 12/26, on a slope that had numerous ski tracks on it from the weekend.

On 12/23, numerous instances of cracking and collapsing at a narrow elevation band (~2500') near the previously reported moose-valanche, right where the alderline ends. Multiple whumphs in the same area occurred, and were accompanied with noticeable drops in the snowpack, with cracks extending up to 100 feet away on 12/23. Today on similar slopes in that area, we only had one collapse, with cracks only extending 20 feet.

Seeing the moose-valanche up close, the crown was 25 feet across and a few inches to two feet deep, on a North aspect, ~38 degrees, at 2500' in elevation. The area saw loading during last week's storm, and the slab went from fist hard at the top to 4 finger at the bottom, sitting on 2-4" of well developed fist hard facets. Bed surface was a stout melt freeze crust/ground in places. On a 2' thick portion of the crown on 12/23, an ECT propagated and failed at 15 taps, in a sudden collapse with lots of energy.

Variable surface conditions, including a stout melt freeze crust in areas where last week's snow was completely blown away late last week, old wind slabs deposited late last week, and a few inches of soft snow in protected areas. Surface hoar was present along much of the route today, ranging from 1mm to 5mm (largest along the ridgeline), occasionally sitting on hard wind slabs. In a few more exposed locations, tracks from Saturday had partly filled in from winds in the past four days, but overall.. calm winds!

Quick ski pole probing reveals lots of spatial variability and generally poor structure along much of the route, with the exception of wind scoured ridges. 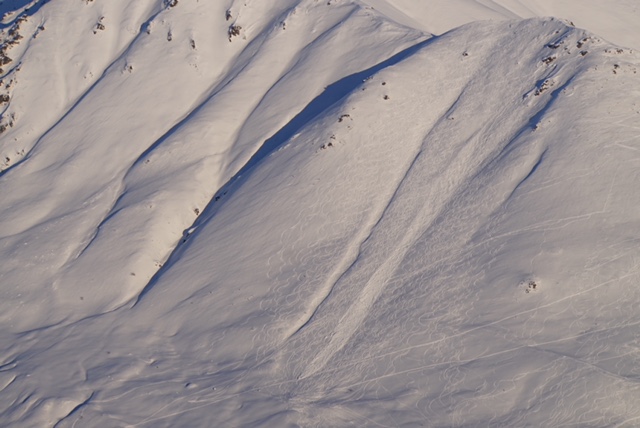 Slide referenced above on WSW aspect of Marmot; closeup of crown in next photo. 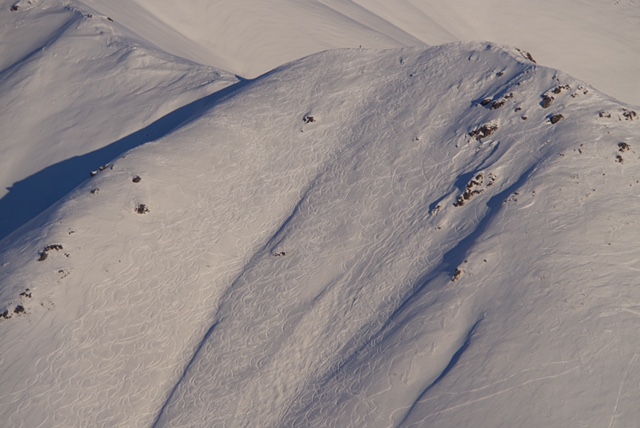 Small crown just below the rocks on Marmot. 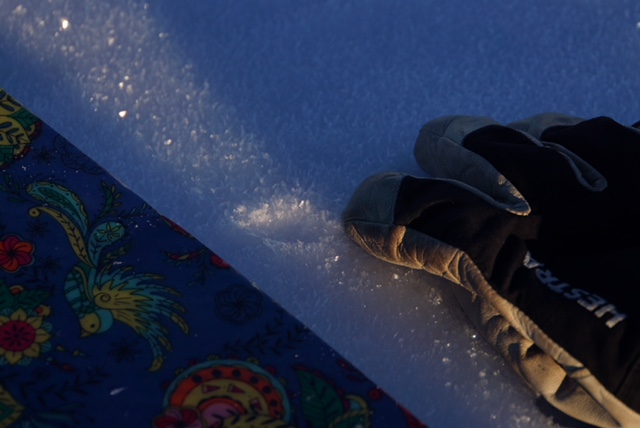 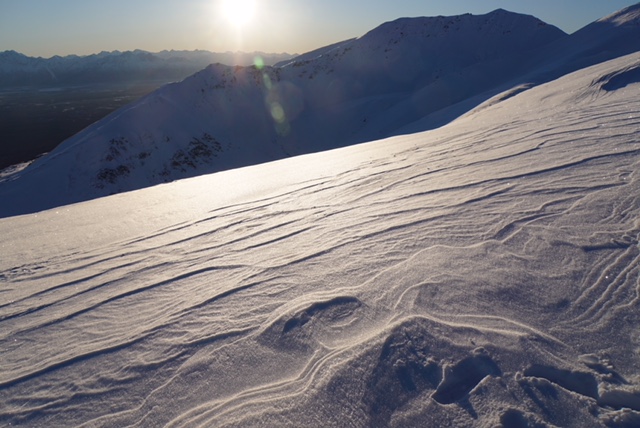 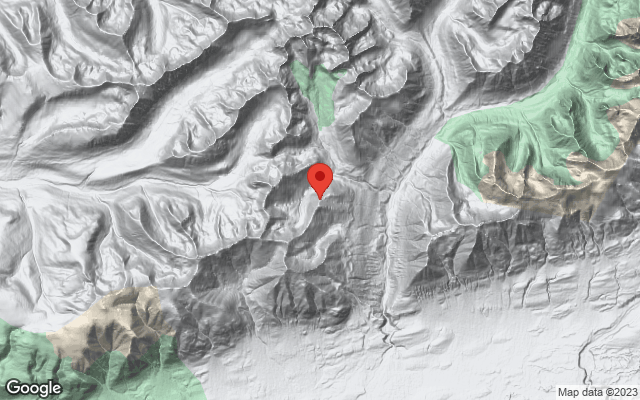