It’s important to be able to recognize wind loaded slopes when traveling in
avalanche terrain. Here are a few things to pay attention to that will help in
figuring out wind loading:

Windward vs Leeward
The windward side of a slope is the side that is exposed to the wind. Windward
slopes tend to be more scoured and hold less snow. Clues such as rocks and
exposed vegetation will help in recognizing windward slopes. Leeward slopes are
the opposite and tend to accumulate greater amounts of snow.

Wind Etching/Sastrugi
Winds will undercut the surface snow and form ridges on the snow surface. Over
time and with continued wind, these patterns become more obvious and turn into
sastrugi. This pattern shows up as the opposite of cornices. Picking out these
patterns as you’re moving through terrain might help in figuring out where you
might encounter wind loaded slopes. The undercut part of sastrugi or wind
etched snow will point into the direction that the wind has been coming from.

Pillows
Wind slabs are often a little harder to pick out than a cornice. The surface
will appear smooth and “pillowy”.

In general, the more recently a slope has been wind loaded, the more sensitive it will be to triggers. Avoiding slopes that are being actively loaded is a good habit to get into. 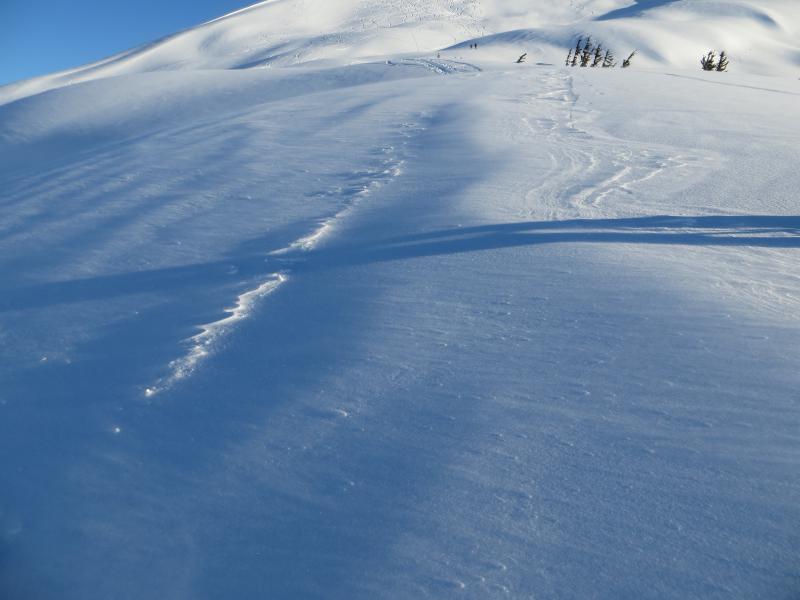 Wind was blowing right to left. Small ripples on the surface in the upper right (wind etching). Smooth, "pillowy" snow in the center filled in this track 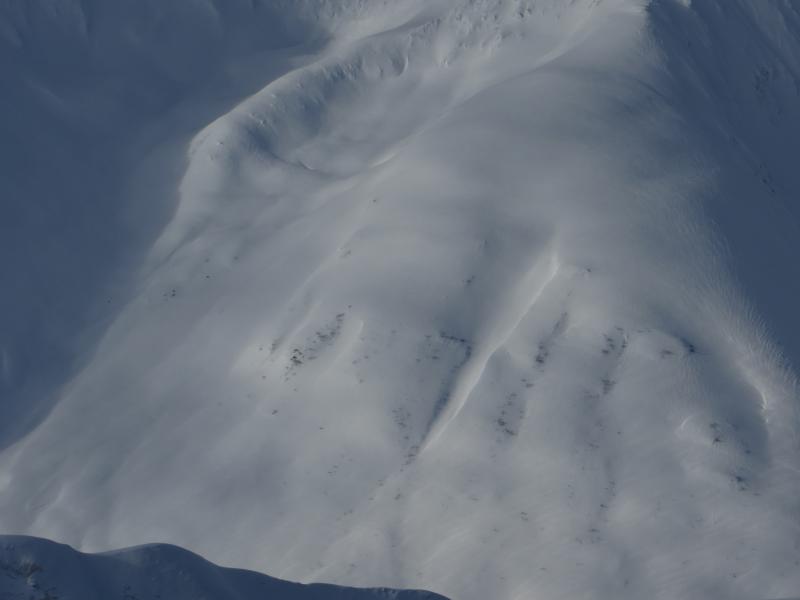 Wind blew from right to left. Viewing patterns from a distance helps in route planning. A cross loaded gully mid slope is just to the right of center of the picture (diagonal line) 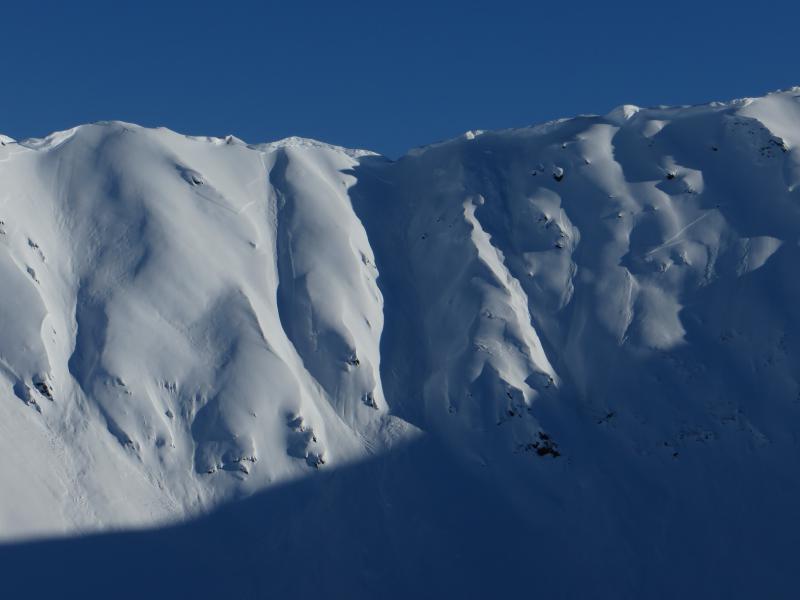 Cornices just below the ridge crest are shown in this photo. Shallow wind slabs also formed below these cornices and released as evidenced by several crowns. 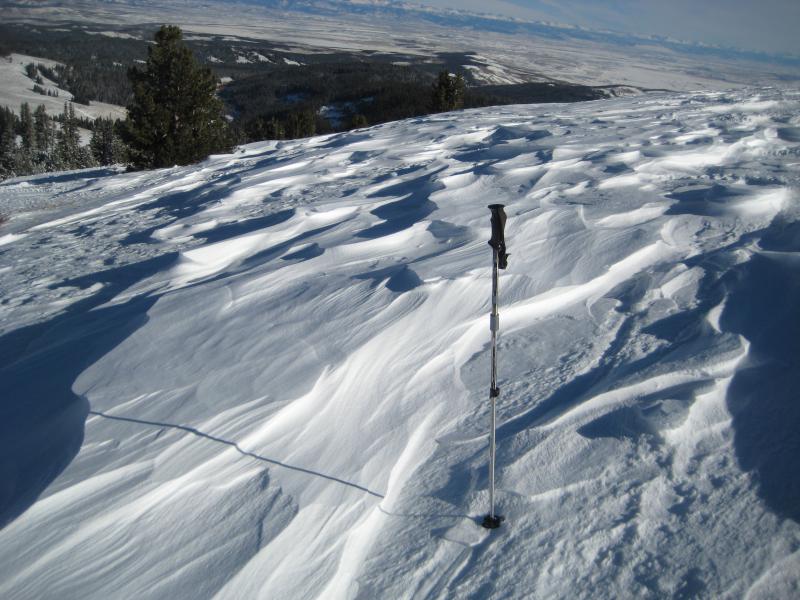 Sastrugi. Sustained strong winds helped to create this pattern on the surface. Recognizing these patterns and wind direction will help in anticipating wind loaded slopes nearby. 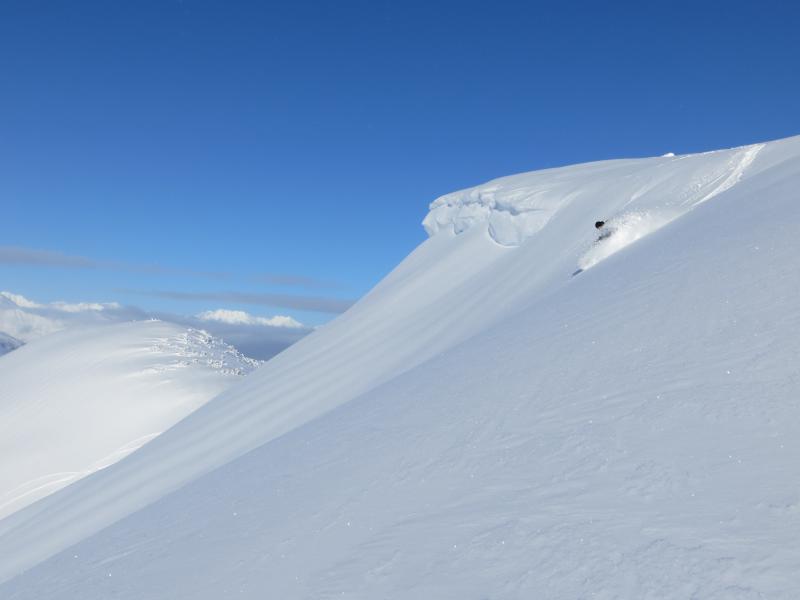 A skier avoiding a cornice at the top of a slope.