Started the day on a steepish SSW facing slope. ~1000′ run from 3500′ with
good, dry powder for the upper 1/3, some moistening powder on top of a buried
sun crust that was unpleasant for the middle 1/3, back into good dry powder on
the shaded lower 1/3.

We moved to north facing stuff after this single run in the sun. Great surface
conditions with only moderate sluffing on the norths.

Only a few noteworthy point releases/wet loose avies from rocky areas on the
south faces, that occurred late afternoon/early evening. Upper south faces
remain mostly dry. Don’t know about lower down. Didn’t delve there after the
first run. Although definitely some new, surface sun crustiness on the lower
south aspects on our exit.

Some big, natural cornice failures near the headwalls at the back of the valley
that appear to have released deeper slabs (similar to Goldpan incident but not
as gnarly) that filled back in quite a bit during the most recent deposit of
snow. Also, numerous windslabs (likely d2) seemed to have pulled out just below
headwall ridgelines, similar to the one in the attached photo. 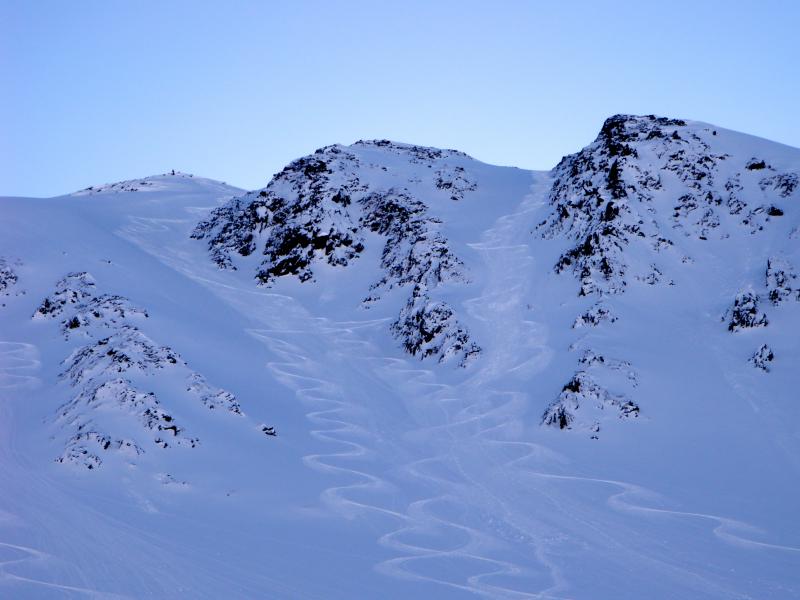 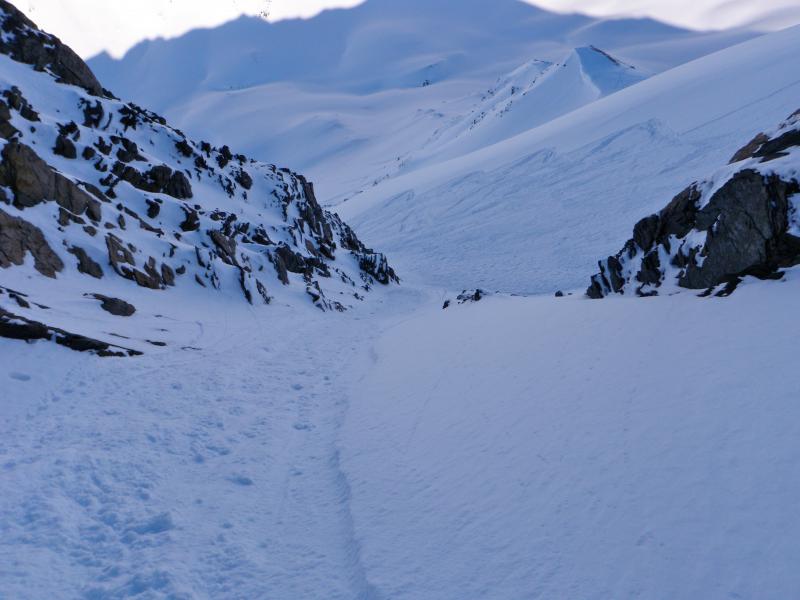 Another look at the sluffing 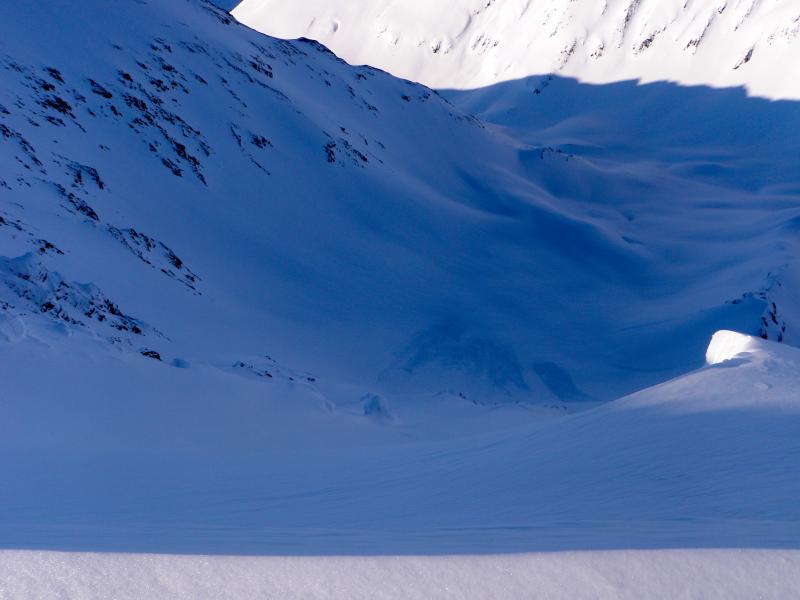 Before the cornice drop 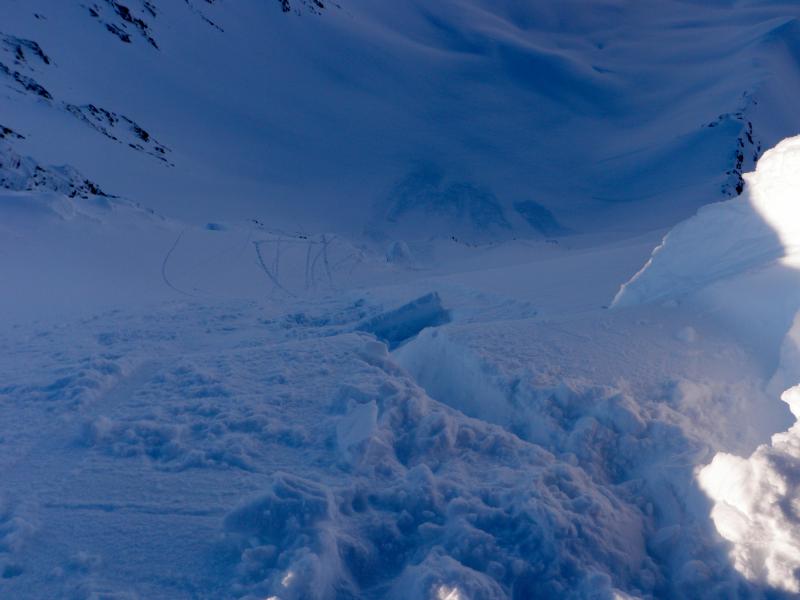 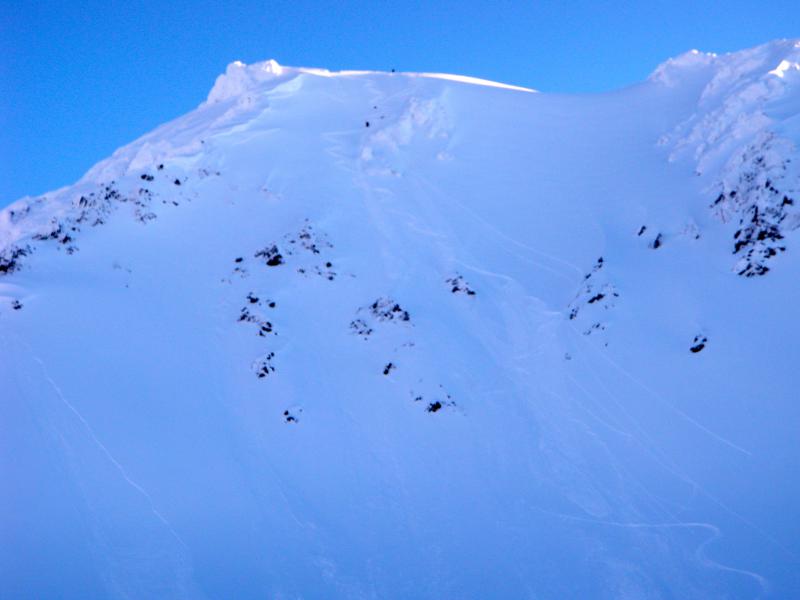 To the left of the my partner and dogs a thin windslab crown is slightly visible - likely pulled out during most recent storm and filled back in a bit. Also, point releases from thin rocky areas