Description: We were bootpacking across the Block Creek Headwall in Summit Lakes area in
between Manitoba and Silvertip Mountain heading north. The temperatures had
begun to warm and as we approached some of the rocks we were worried about
hollow spots under the snow surface next to the rocks. We found a small hollow
spot and moved further down the southeast aspect of the ridge to further avoid
the ridge until we were around the rocks. As we rounded the rocks we tried to
gain the ridge and after we put our skis back on my partner, we heard settlement and saw a
very small fracture
develop underneath of him. We quickly moved off the area right as it collapsed
into the ridge. It did not collapse off either side but, rather, dropped
straight down liked a trap door or pitfall. All parties were uninjured. We
skied down and around the southern/ southeastern flank of Silvertip Mountain and
out to the Granite Creek parking lot. 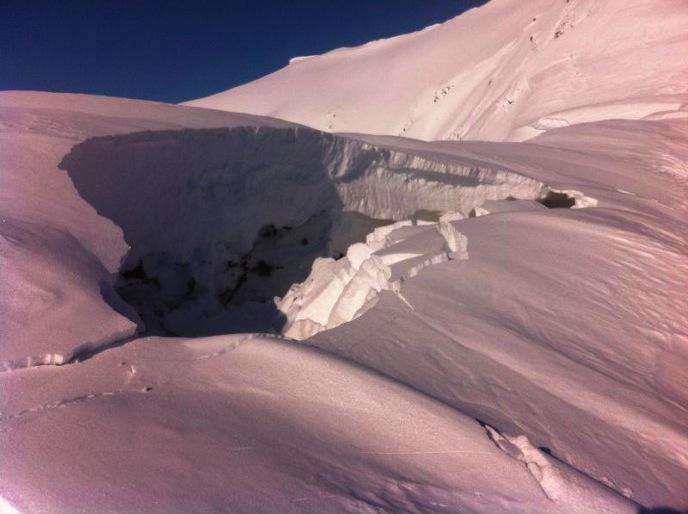 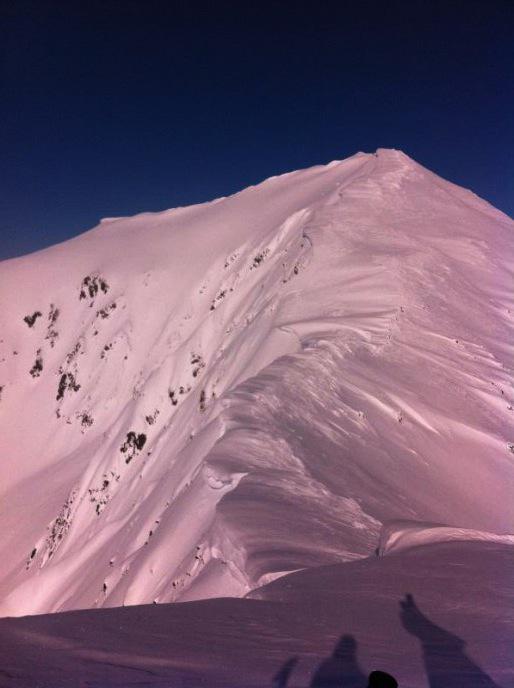