We noticed this slab above the Placer river around 700 ft. elevation on a NNW aspect. On closer
investigation, we determined that well developed buried surface hoar was the weak layer
responsible. Surface hoar crystals were 3-5mm. At least one other similar slab was noted, but
the problem does not appear to be widespread.

The avalanche appeared to be several days old, probably happening soon after the last snowfall
around 3-29. 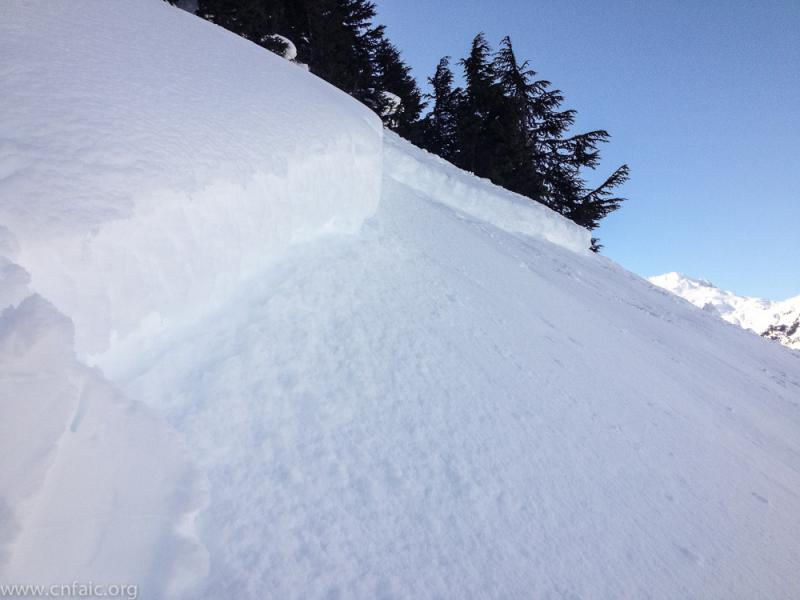 Crown face in the trees 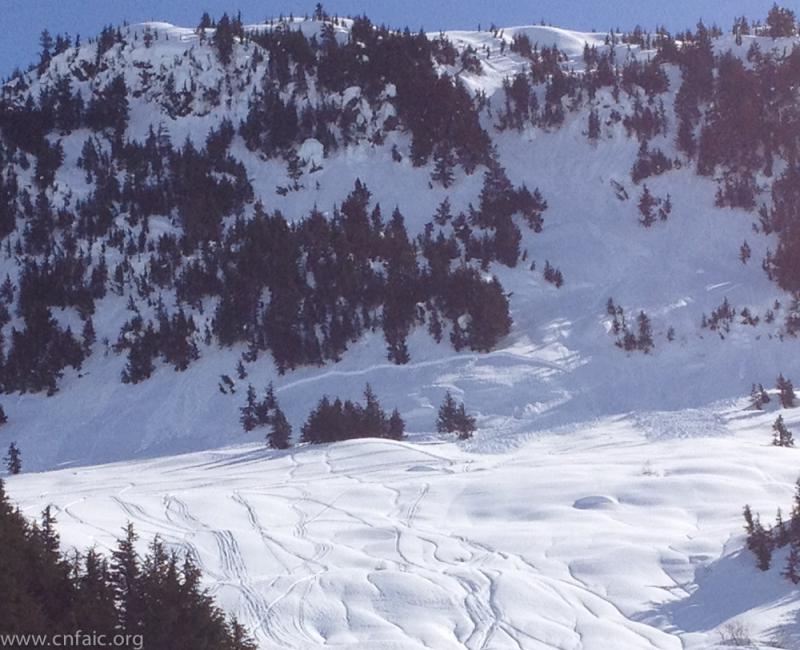 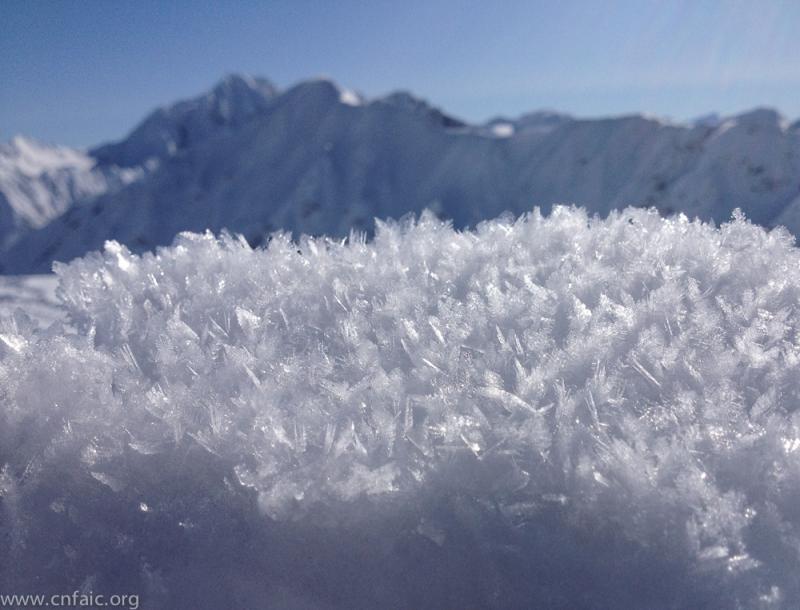 At 3500-4000 feet elevation there was well developed surface hoar 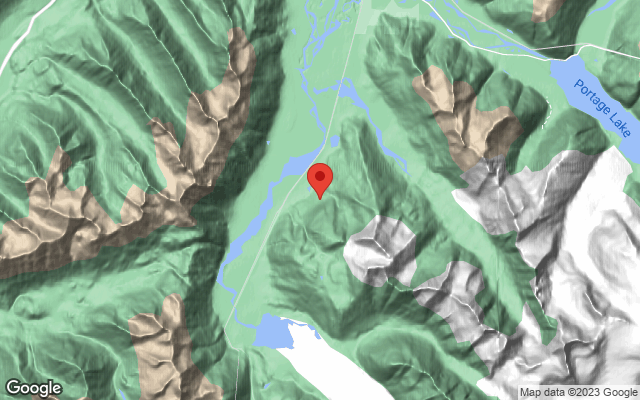