Today we had a look at trail conditions in the Johnson Pass area and up to
2,500’ on Sunburst.

The most pertinent avalanche of the day was the West face of Pyramid Peak, which
avalanched sometime in the afternoon. Estimated vertical fall= ~3,000′ (PHOTO 1)

New wet loose and wet slab activity continued to be apparent in the Turnagain
Pass area. Several new wet slabs have released on the East side of Seattle
Ridge. (PHOTO 2)

Water flowing in one of the braids in Center Creek (700’ elevation) , approx 1/2
mile from the Johnson Pass trailhead (impassible) is a good example of the
general situation in the area. (VIDEO) Day 7 of above freezing temperatures and
on and off (sometimes heavy) rain have resulted in spring like conditions in the
area. Water has been draining out of the snowpack in the lower elevations.

Small creeks were flowing beneath the snow surface while climbing up Sunburst.

Snowpit @ 2,500’ showed facets still intact at the ground. Snowpack temp
profile showed an isothermal snowpack (constant temp of -.5C). While the facets
are moist, they are still acting as a weak layer in tests. Strength tests have
limited use in wet conditions such as this. The main point is that the bottom
of the snowpack continues to harbor weak snow that has the potential to produce
large destructive avalanches.

Cornices have been building along ridge crests. 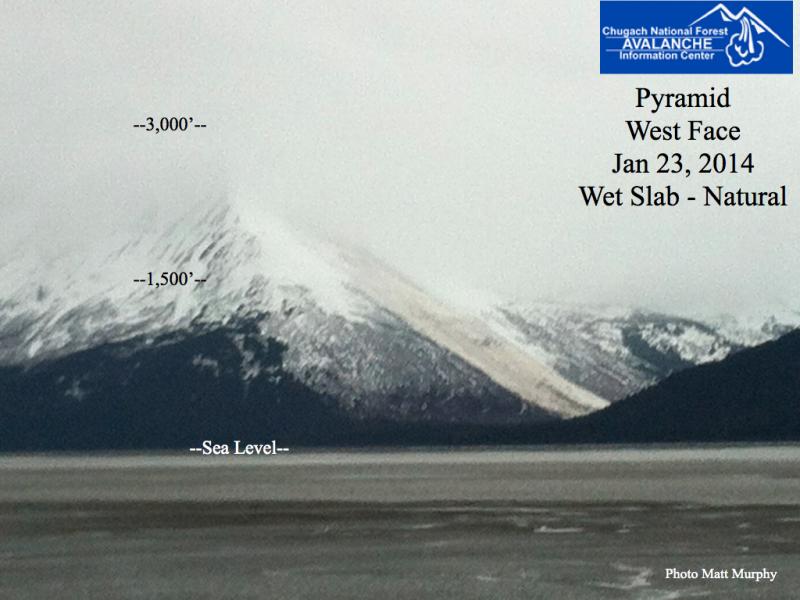 This occured sometime in the afternoon on Jan 23rd 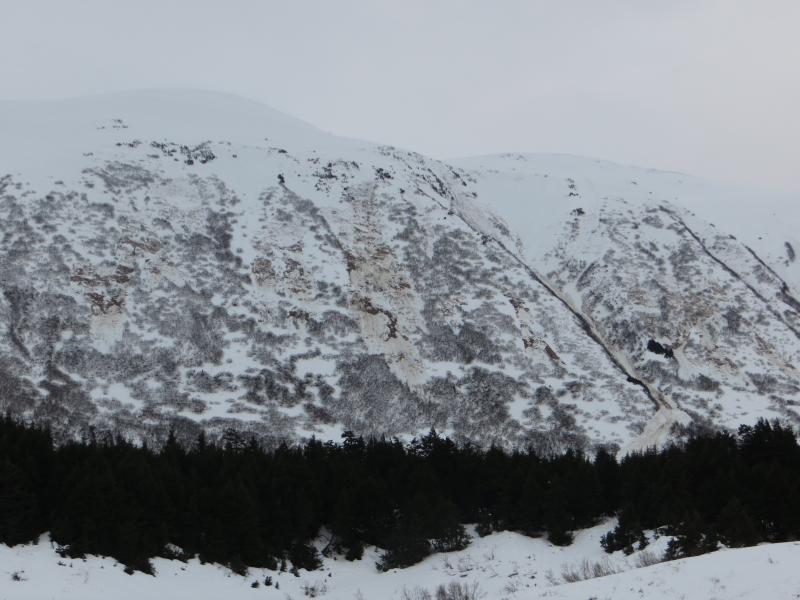