Obvious Signs Of Instability
Recent Avalanches-yes
Steep banks along creek beds showed new snow sluffing (see photo) as well as shallow slabs
that had released during the day.
We witnessed 1 avalanche that originated in the higher elevations. We heard
what could be described as a plane flying overhead for several seconds and then
a sudden absence of sound. 2-3 seconds after the sound ceased we witnessed a
fast powder cloud moving down the drainage between Magnum and Cornbiscuit. Due
to very poor visibility we were unable to see the crown, debris pile or any
other parts of the avalanche. We assume that this was a large avalanche due to
the sound, but details are uncertain.
Shooting cracks-yes, 2-8 feet
Whoompfing/Collpasing-no

Snowpack Obs
The new snow between 1,000-2,500 that is sitting on the late Jan crust is very
soft (Fist hardness). Slab cohesion is on the low end of the scale. We were
able to get shooting cracks on steep test slopes and rollovers. Most of the
activity we were able to observe was in the form of loose snow avalanches. Some
ski cuts of small test slopes did release in slab form but debris moving
downhill quickly behaved more like loose snow.

Poor visibility did not allow for observations above treeline in this location
today. Up to a foot of new snow has fallen. It can be assumed that more has
accumulated in higher elevation starting zones. Winds picked up later in the
day as we were traveling back to sea level (5:30pm). There is ample (>24”) of
light density snow available for transport in the higher elevations. The light
density nature of this snow requires less wind to move it around and form
sensitive wind slabs. 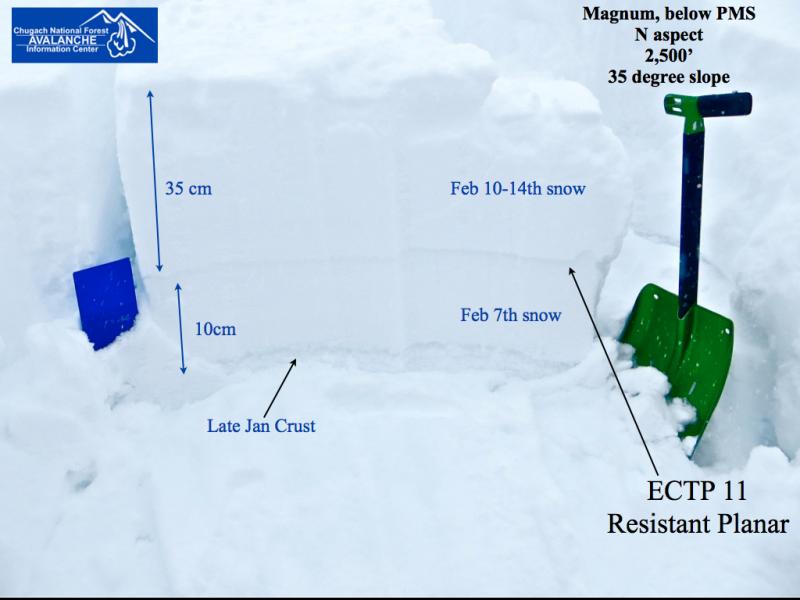 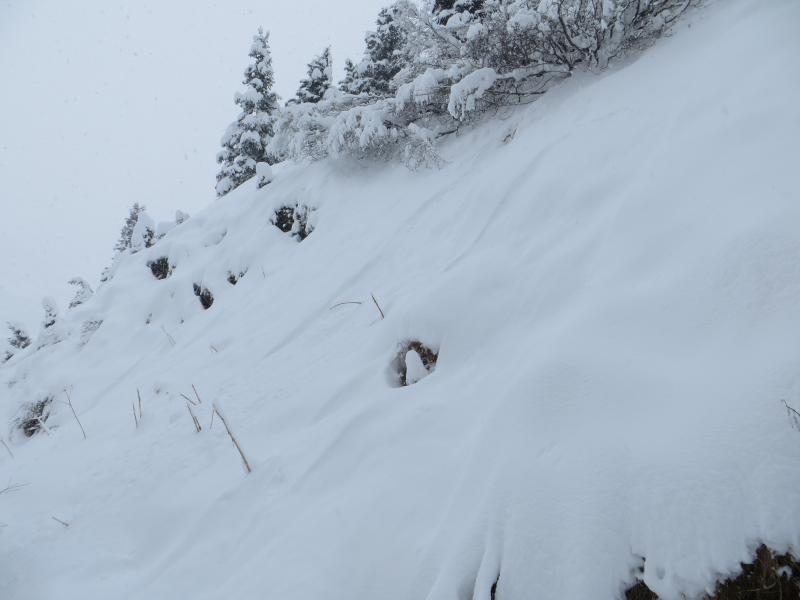 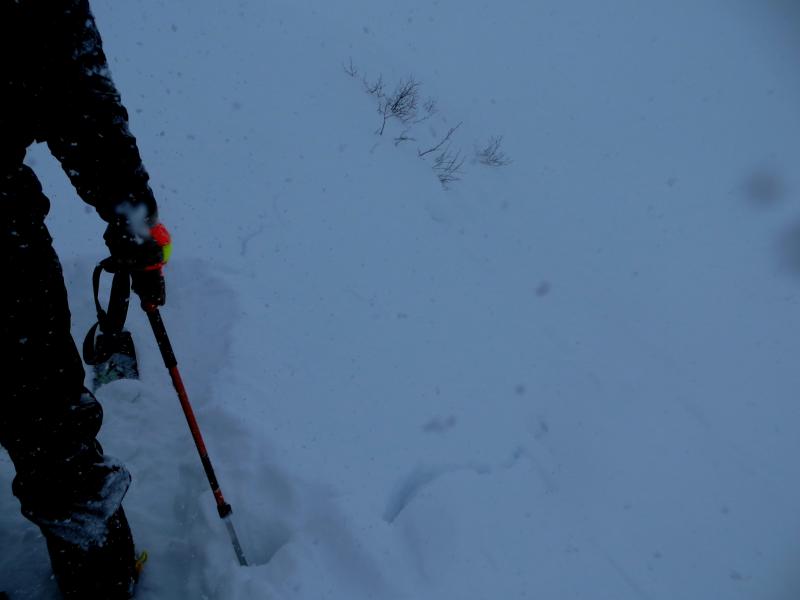 Shooting cracks, where we could produce them, were 2-8 feet today 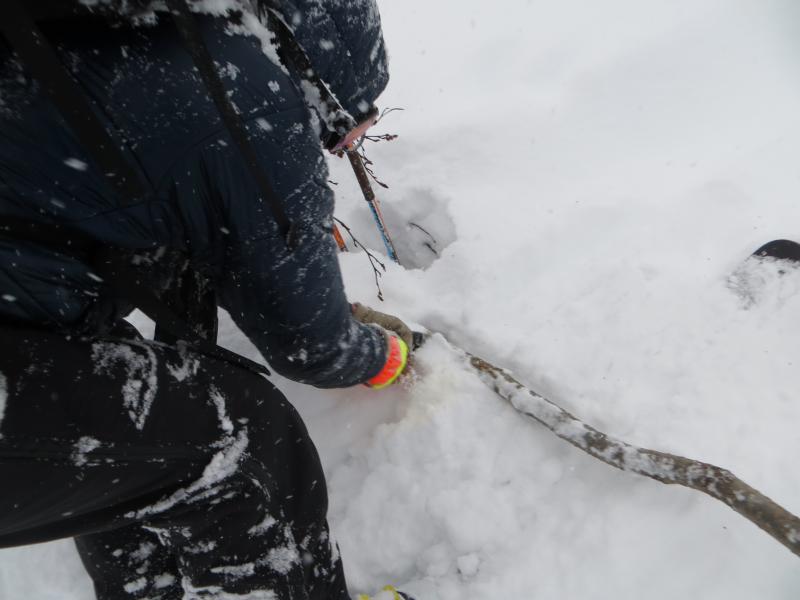 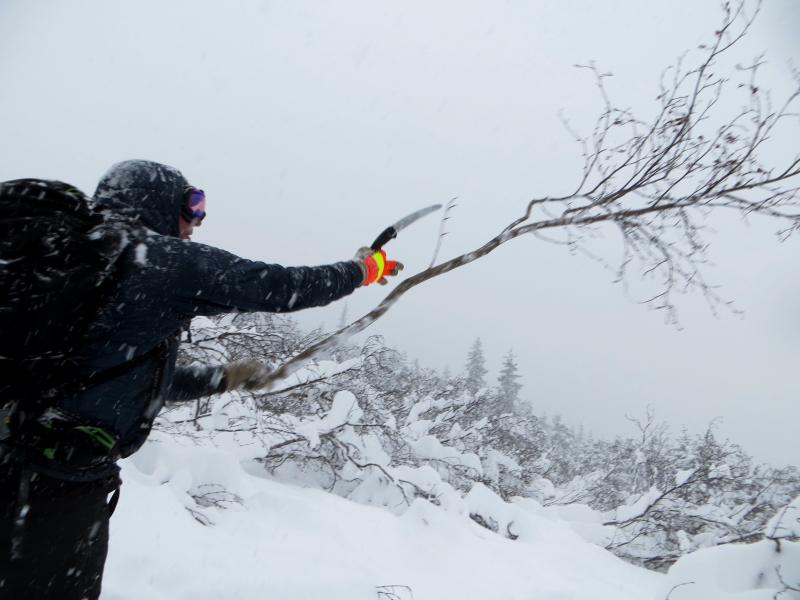