Weather:
Gorgeous day to be in the pass, clouds progressively thinned throughout the day. Light breeze from the North West, temps in the shade in the upper 20’s and in the sun we read 48.

Signs of Instability:
We noted the 5cm of new snow had let some small loose snow avalanches run off of Todd’s on Tincan (several days old).

Snowpack:
We were looking for the surface hoar that may have developed below the 5cm of new snow that fell
March 5th, but didn’t find much. However we did find buried surface hoar likely from February 7th,
about 25cm below the surface. It reacted differently in all of our pits. Most were failing at 22 taps, but one test we got a CT12Q2. We ruled that one out as an outlier but it still perked our avy antenna.

Surface Conditions:
As long as you can avoid the snowmachine anti tracks, it was great skiing. We did not notice any surface hoar below the new snow or on top of it. But we did see large intact dendrites with rime accumulated on top of the them. At first it was very difficult to determine if it was tiny surface hoar or rimed dendrites. 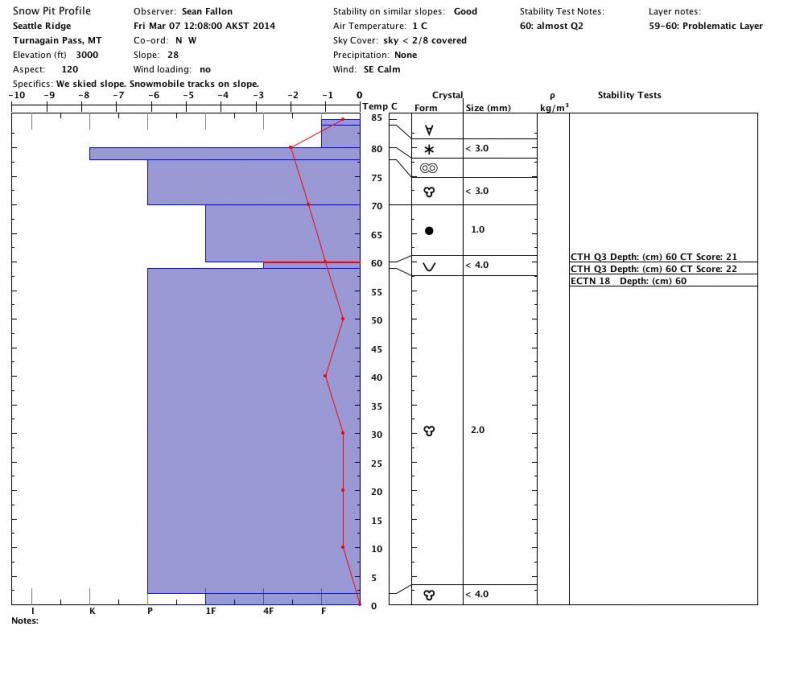 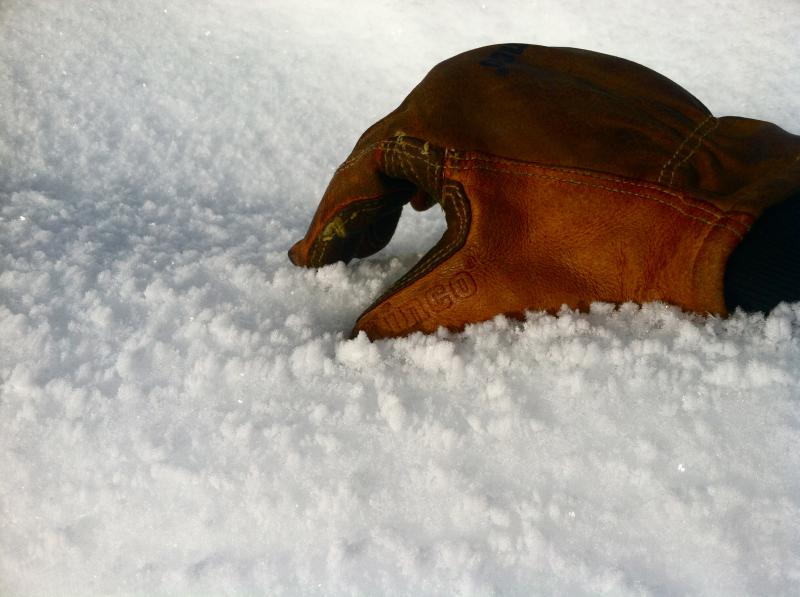 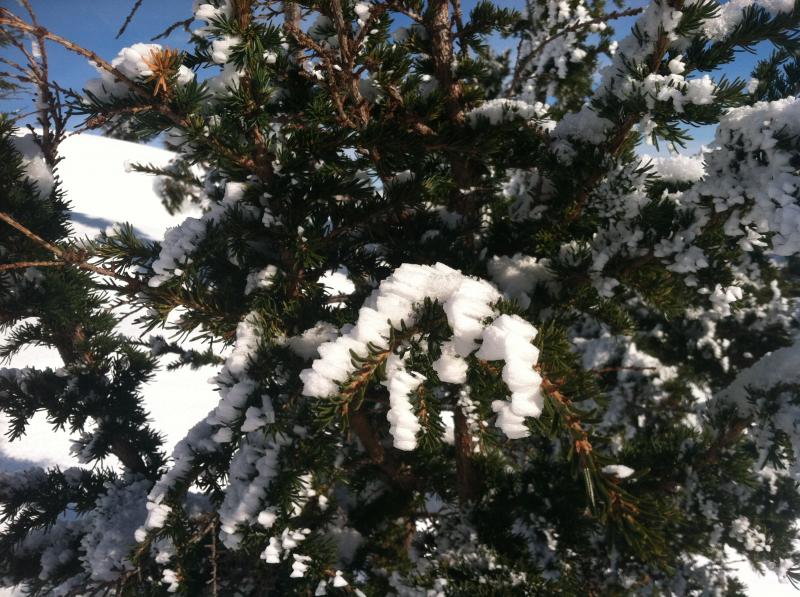