Surface Obs
Solar aspects got sufficient heat to loosen the surface snow today. SW aspect
was “corn” by 4 pm. Able to produce very low
volume slow moving wet sluffs on steeper sunlit slopes. Shaded aspects are
experiencing faceting at and near the surface. I was also able to produce very
low volume slow moving dry sluffs on steep shaded slopes. Sluffing could become
more of an issue as the surface snow either (a) facets or “rots” out more, or
(b) becomes more affected by the sun. For now the volume is very low and not a
major concern.

A quick ride on sleds at Turnagain Pass revealed a dense frozen surface in
tracked areas and crust elsewhere at the 1,000’ elevation.

We took a look at an old large crown on Sunburst (March 16). Icicles have
formed on the crown face which has curled over-showing the evidence of 2 weeks
of melt freeze activity (photo) 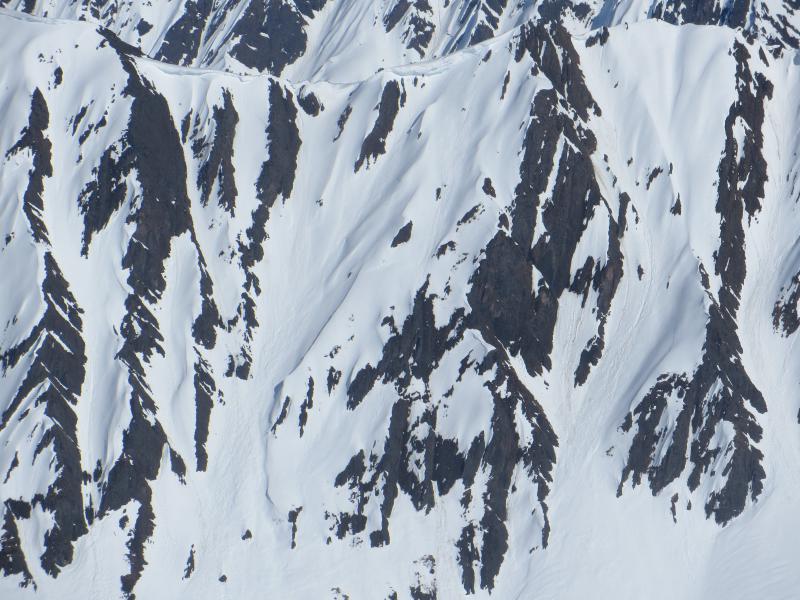 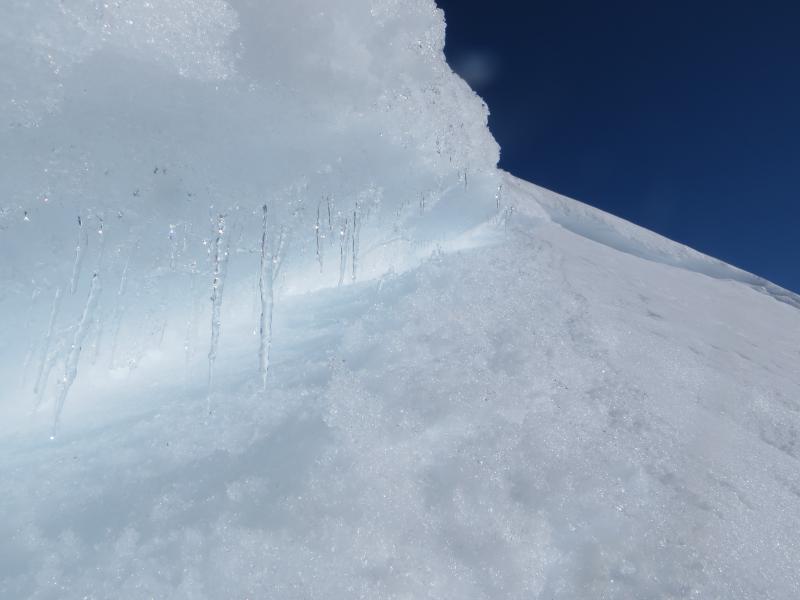 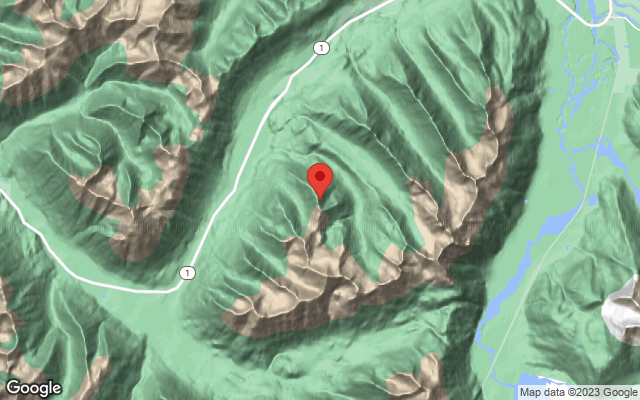