Observed one small (D1) natural avalanche at the base of a cliff on a W aspect slope. Appears to have slid late on 2/26 or perhaps sometime 2/27.

Clear, windy with plumes of snow off all ridge tops, single digits, perhaps colder up higher. Light sun crust on due south aspects.

Pit at ~3100' on a SE facing slope, 33degrees: ~1.75m of snow, roughly 0.8m of which appeared to be new snow from the storm on Monday (2/26). The top 15cm was stiffening with current wind and failed easily with no propagation (ECT4N). Several mid storm layers similarly failed with no propagation (ECT12N). Finally we got a ECTP28 at the interface between the storm snow and old (crustier) snow.

On our second pass up the ridge about 45 minutes later, an adjacent, steeper slope collapsed with obvious cracks and a visible compression line mid slope, but did not slide. We felt that this collapse was due to the actively stiffening wind/crust skin on the surface of the snowpack.

Overall there was a surprising amount of new snow at upper elevations, although this makes sense as the weather station at Indian Pass registered ~1.7" of water over the last 4-5 days. 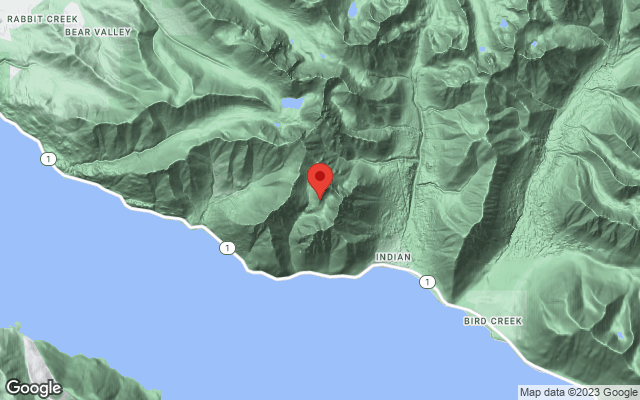