Skyscraper Mountain, above Martin Mine, SE, 4300′. Human triggered, full depth, large, persistent slab avalanche. The attached photo that was produced by HPAC is fairly accurate. Crown, Route and trigger point are slightly higher that shown in the HPAC photo.

Our ski objective was on Skyscraper Mountain, the gully lookers left of the Martin Mine ruins (the exact aspect that slid). As we approached, we noted the recent debris from the last avalanche cycle. Over a foot of new snow had covered the debris coming out of the gully. We talked about how it was a good thing that it had already slid as it likely didn't have the energy to go huge if something was retriggered. We were aware of the problem October basil facet layer that interfaces with the ground. After boot packing a sunny, wind scoured ridge to the main Martin Mine ruins, our crew of 4 put on skis and ascended 150' to a spot that had enough snow to attempt a traverse. The snow in that area was 2' at its deepest point with rocks exposed. I was breaking trail and had recently heard a moderate whump as we left the mine ruins. I rounded a ridge feature and noted the sketchiness of our intended plan. Snow was thin and the angles were perfect for a slide. I made a few jumps on my skies as I tentatively left my safe zone. It did not go right away. On my third jump, about 5 feet from the ridge and directly under a microwave sized boulder, I saw a large crack shoot across the gully. My skis went out from under me, but I did not move down slope. In some places, further into the gully, the crown was 20' above my position. The slab was roughly 18" deep and went mostly to the ground. I watched as the entire gully ripped out in large slabs and flushed out our intended ski line. Some sympathetic releases occurred on small ridge feature coming out of the gully as the slabs went downslope. I was in a decent enough spot that retreating was not a problem. We descended our boot pack along the ridge line without issue.

Previous avalanches in the gully as evident by debris in the runout zone. Wind loading as evident by wind soured ridge that we ascended. Whumphing at 3,500' and above. I personally heard a whump of moderate size about 10 minutes before the slide occurred.

New snow in pockets. Mostly traveled on a wind scoured ridge that had little snow.

Along the ridge the snowpack was thin and wind scoured with pockets of thigh deep fresh. 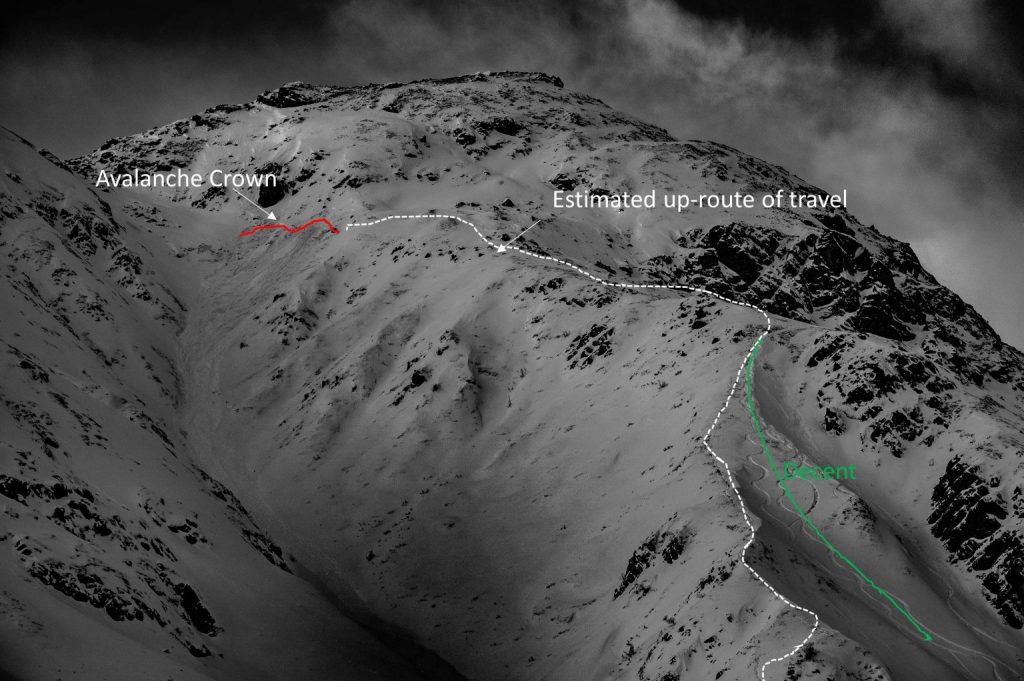 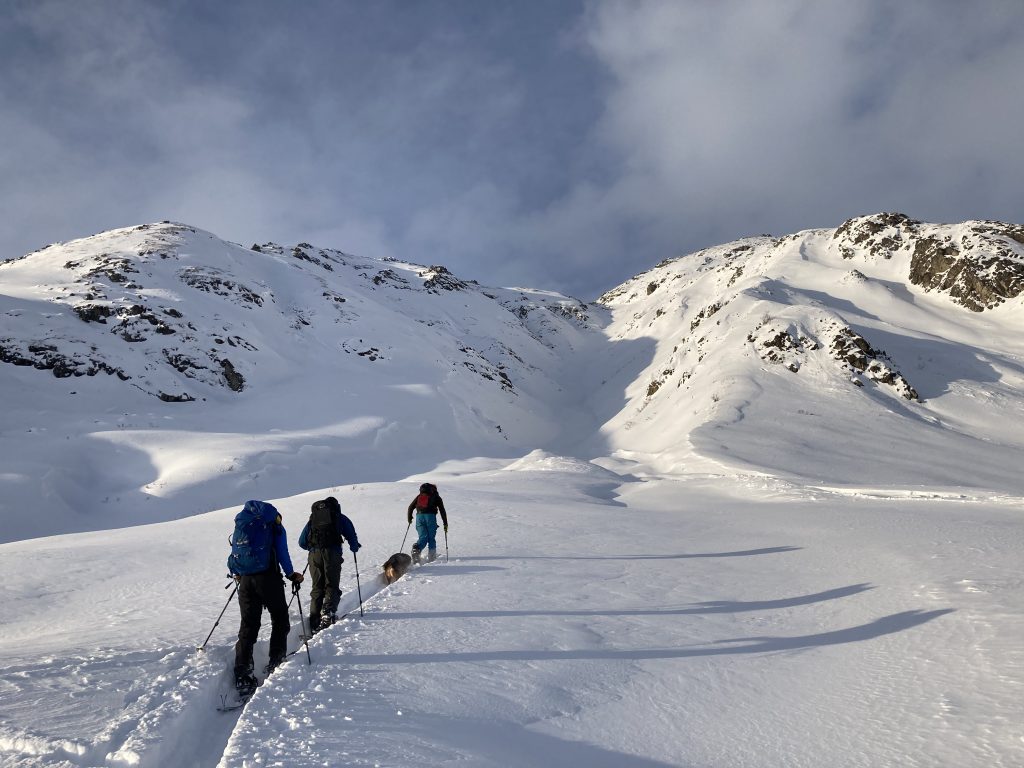 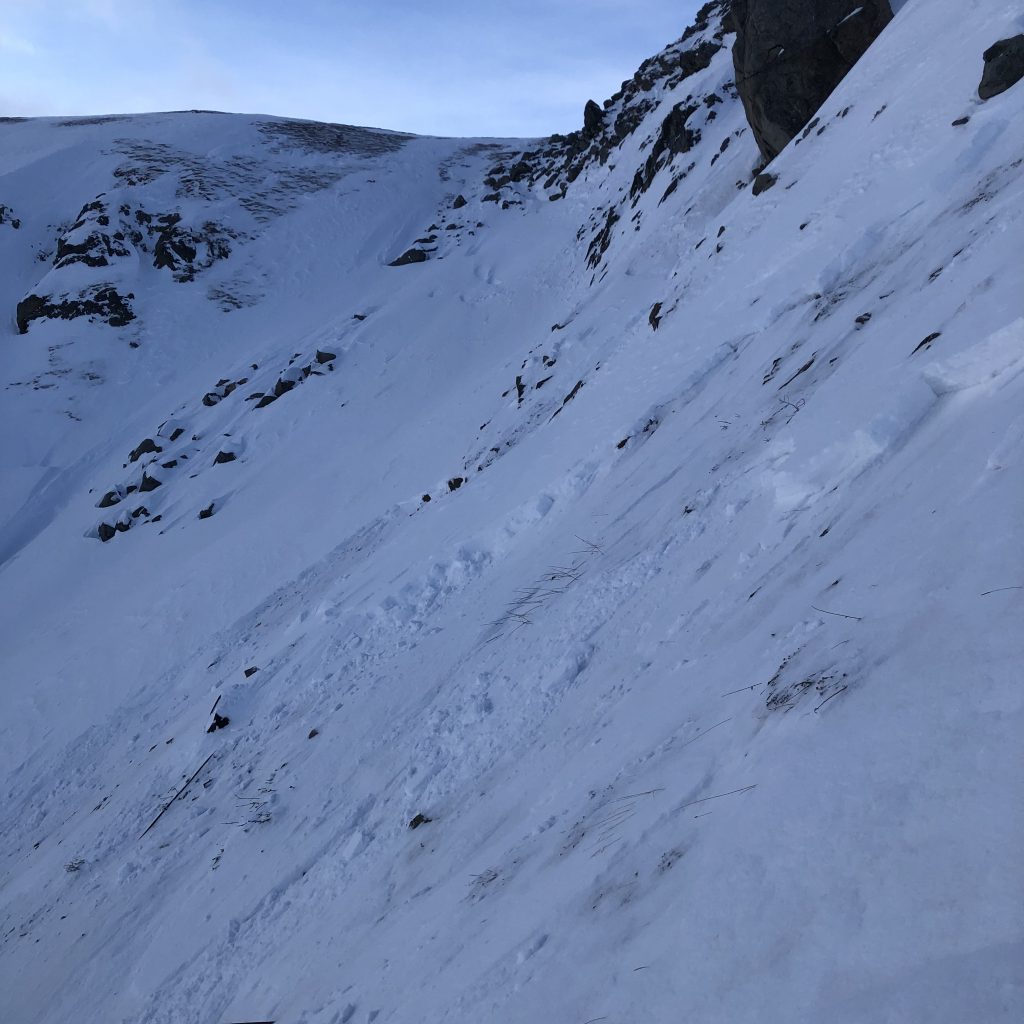 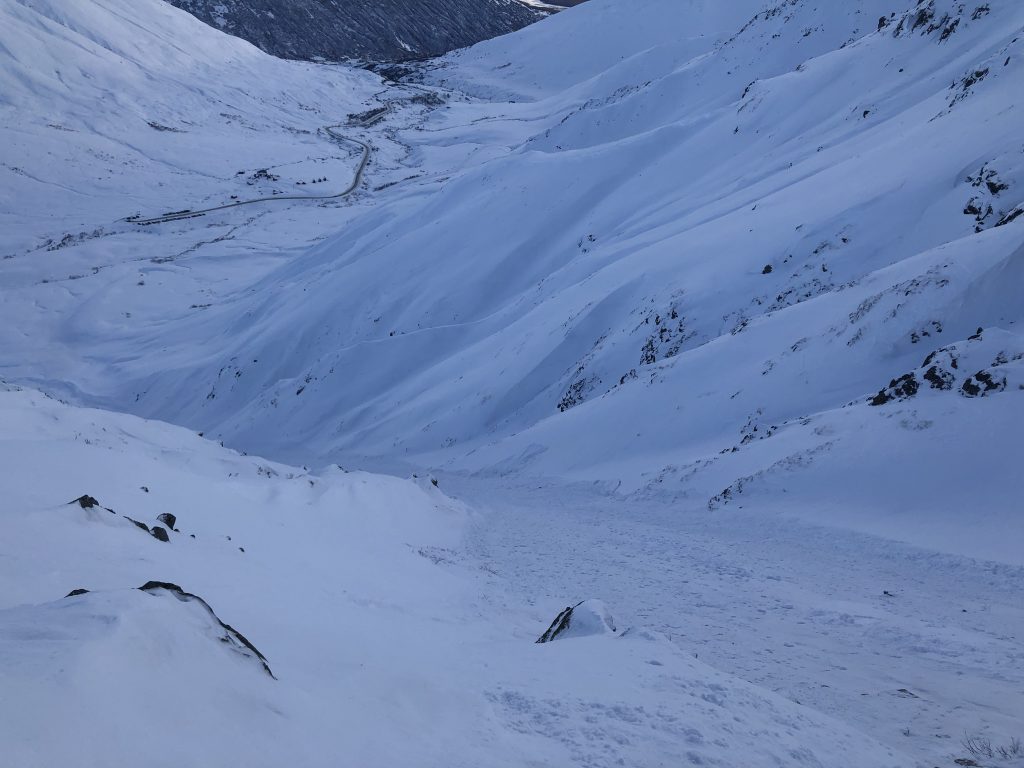 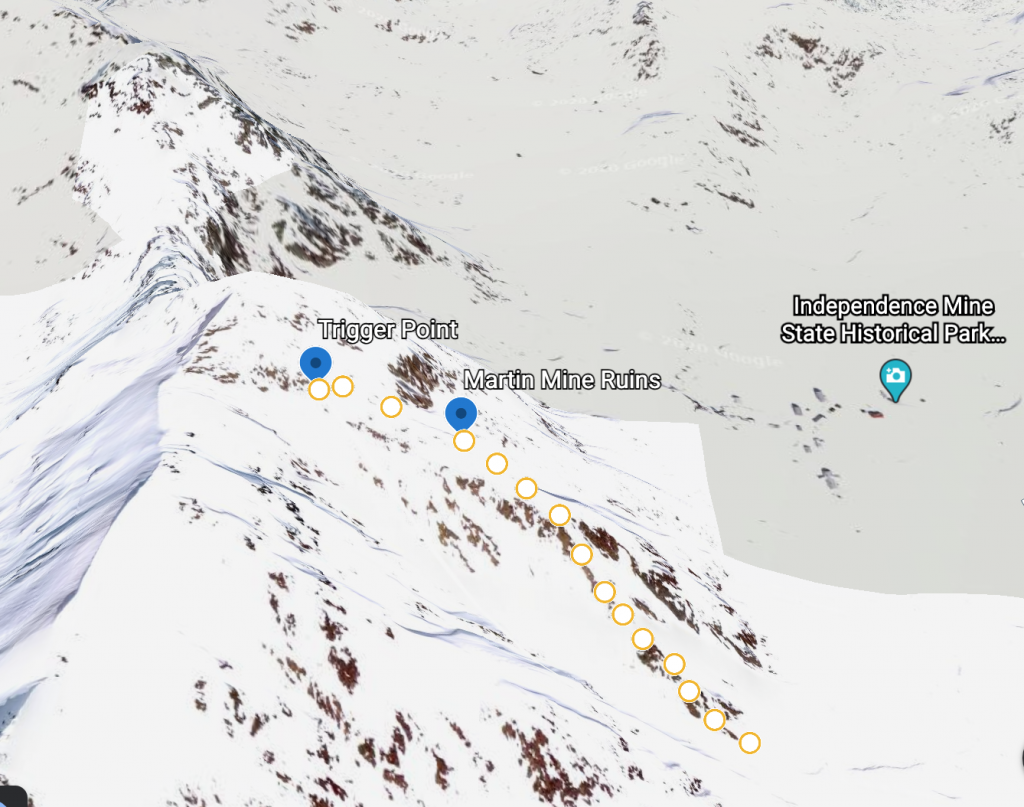 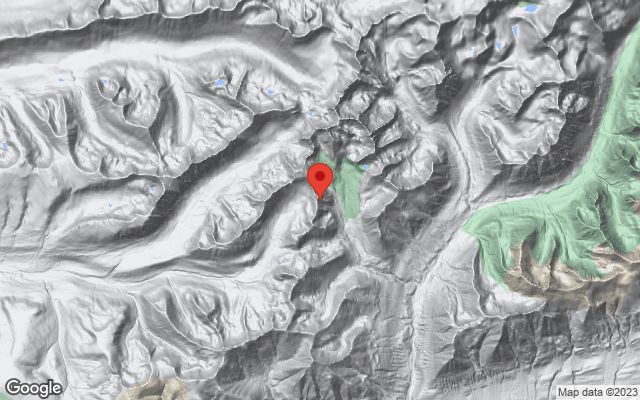