Up $1000 Run and down Bennet’s Ridge to the road. Gorgeous sunny day to ski some rocks!

Observed the remotely triggered 12/19 HS-ASr-R4-D1.5 on West aspect of Bennetts Ridge. Appeared to be wind slab breaking on or sliding on a knife hard 1 mm crust (see photo). The pencil hard wind slab ranged from .75 -1.5 ft thick and sat over a very thin weak layer, perhaps a cm thick of P- rounding facets, which was on top of knife hard 1 mm crust. Under the crust was pencil hard snow. We did not dig further down but did a CT and could not get the wind slab to budge near the crown.

From $1000 Run, we noticed what may have been a skier remote triggered avalanche on a NE aspect at ~3,800 ft on Hatch Peak (see photo). The avalanche looked to have been triggered as the skier was skiing down and propagated up from the track and across quite a ways. It looked to be a hard slab that was several hundred feet across and ran several hundred feet. We did not go to see the bed surface as there was quite a bit of pillowed hang fire and we got a very large shooting crack near the vicinity of the base of the avalanche.

Wind affected snow everywhere, ranging from breakable crust to supportable knife hard, to sastrugi. A thin crust was found widely distributed (see photo). Many places on $1000 Run had been stripped to bare tundra that were not previously exposed.

Typical structure found in hand pits were 4F to P hard wind slab over 2-3mm depth hoar. Occasionally a crust would be found above the depth hoar, with 4F to F hard faceted snow between the crust and the wind slab. 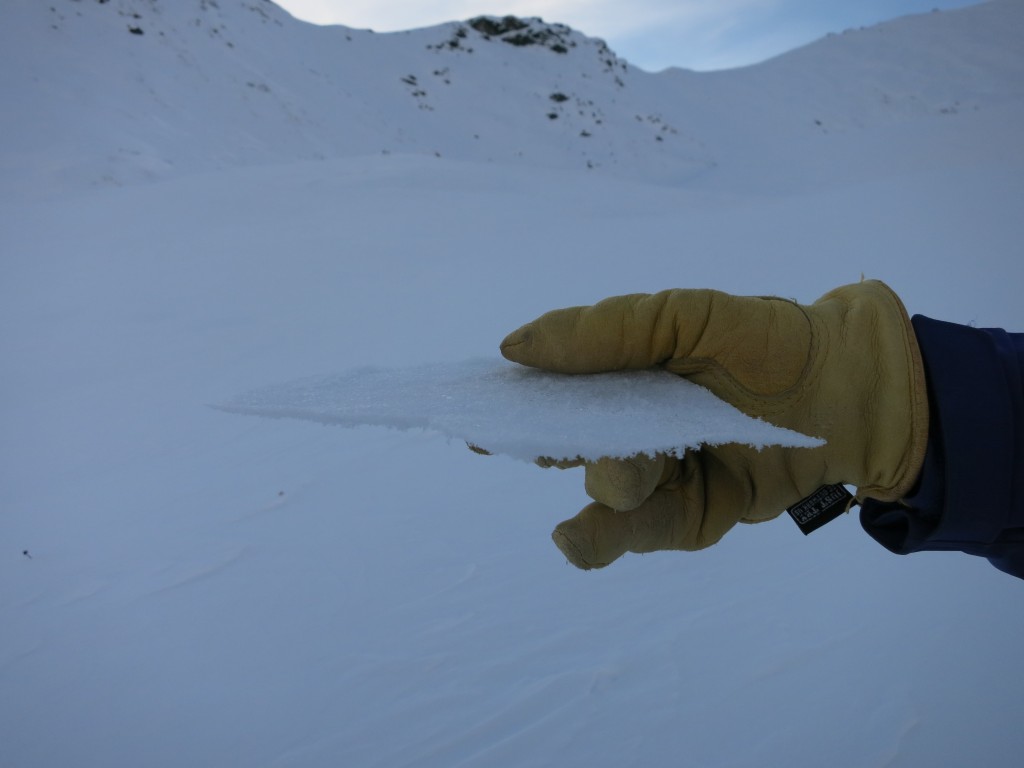 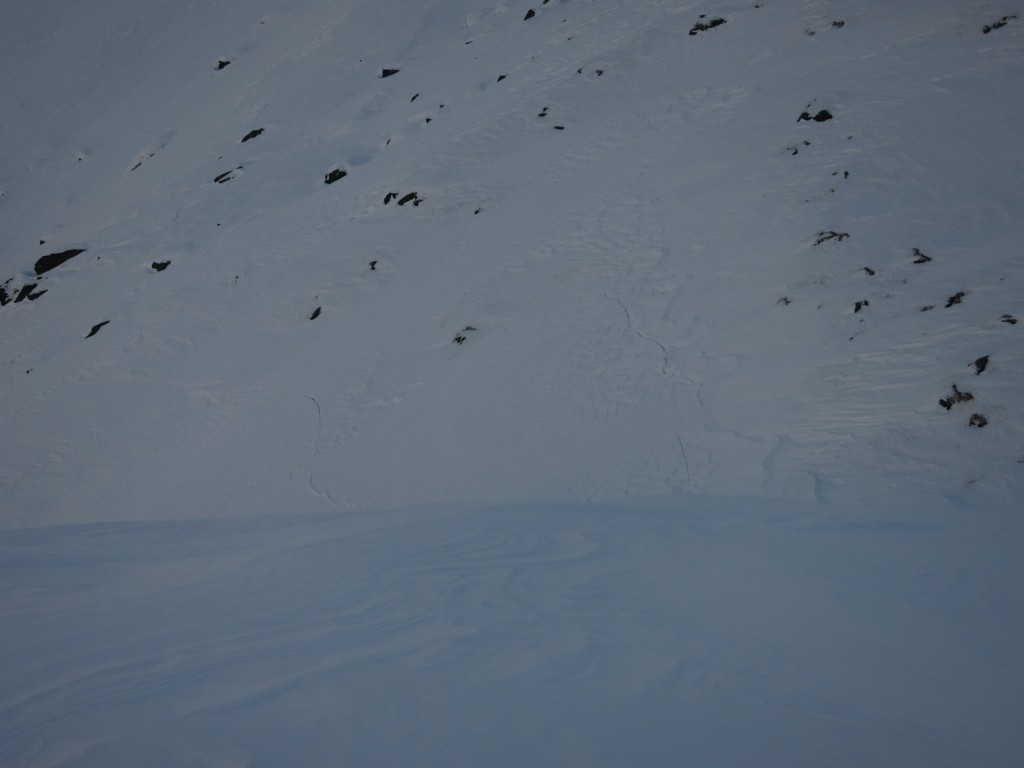 Large shooting cracks on the N aspect of Hatch Peak that did not slide (not triggered by our party). 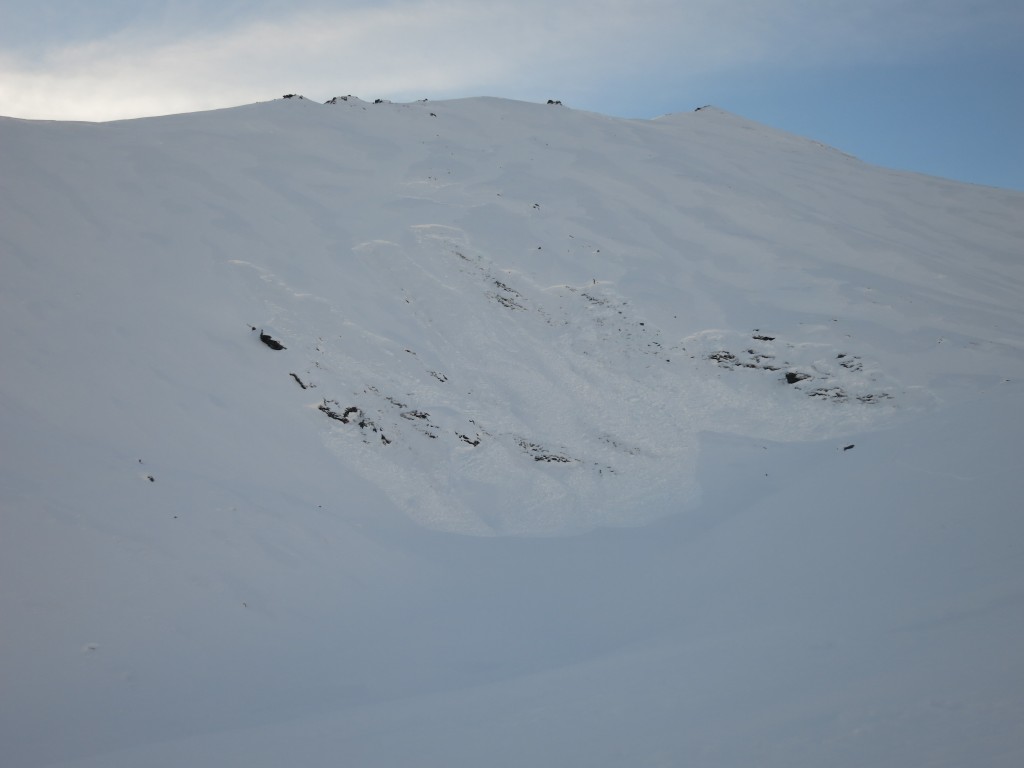 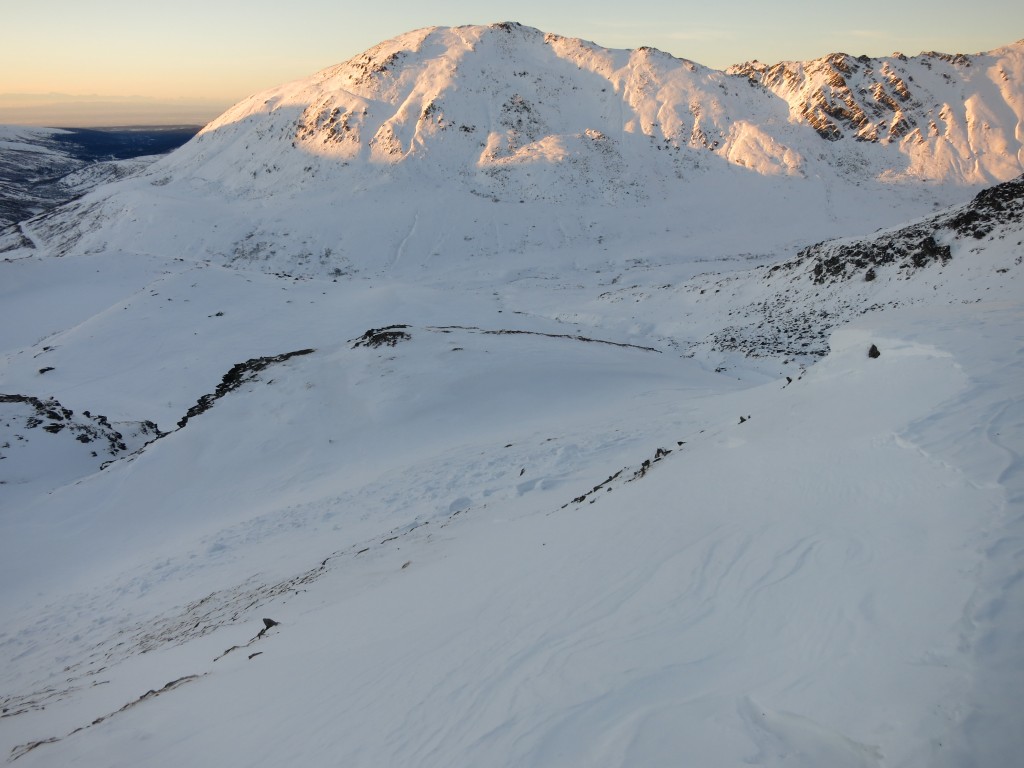 Small natural slide on the W aspect of Bennets Ridge 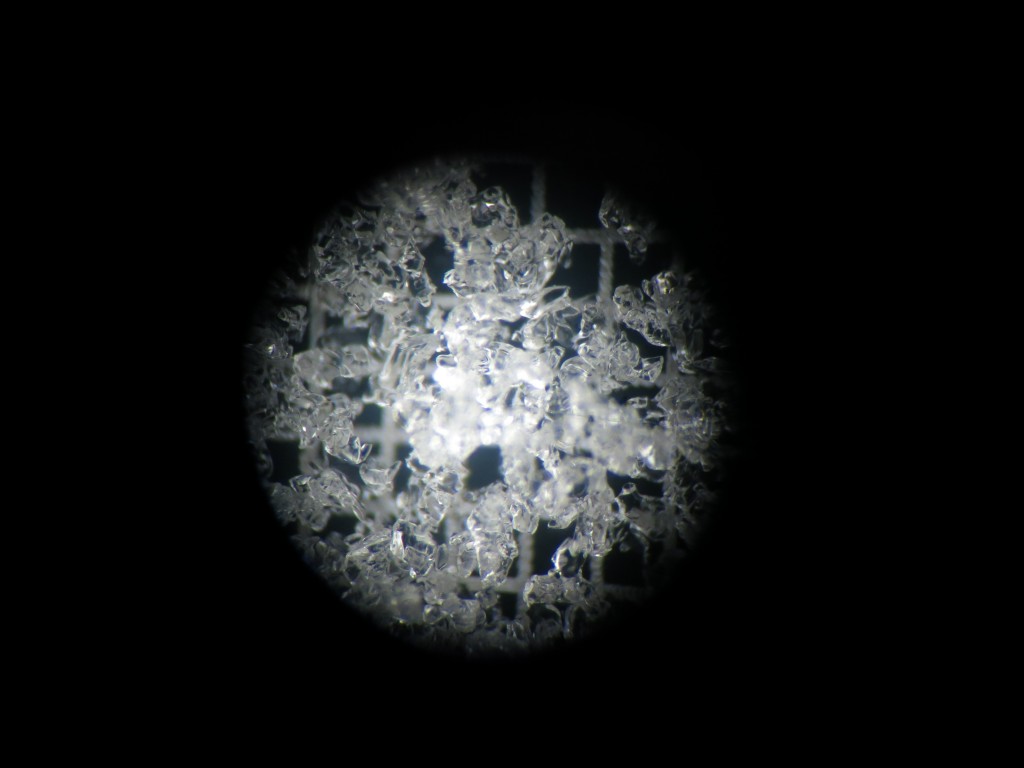 The weak layer of the natural slide on the W aspect of Bennets Ridge, rounding facets. 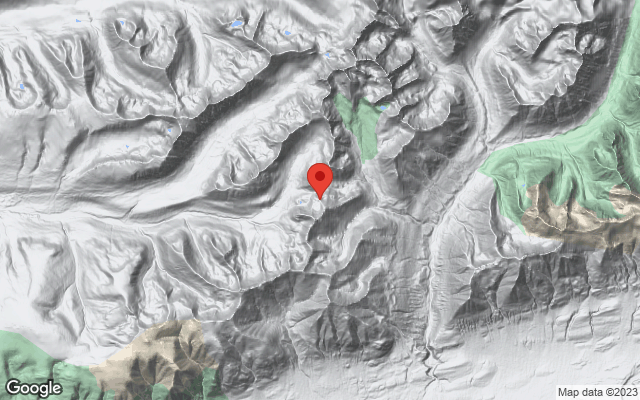