Started tour at Gold Mint Trailhead, followed trail for ~1.5 miles to the old beaver pond and found a decent crossing across the little su and started moving towards a peak east of Delia Creek. Abandoned original objective where we dug an ECT and moved across the two creeks to the east, to a west facing aspect NW of Arkose Peak.

Observed where a soft slab, formed by recent snow and winds, released under a cornice on facets above an ~8cm thick, hard wind slab. Soft slab not observed on lower elevations but the hard wind slab has been observed to fail on similar aspects, more sensitive closer to ridgelines. Did not see the avalanche happen but saw the headwall and run path while going up a neighboring slope.(pic below)

None felt while skinning and skiing.

Snow from the last storm has been kept fresh thanks to very cold temps, in most spots the powder was ~10-15cm deep laying on top of a hard, supporting wind slab that must have formed from the Halloween wind event. The wind slab made skinning less than ideal but didn't have much of a negative effect on the downhill.

Dug one formal and one hasty ECT at 3300' and 3350' respectively. Hasty pit(E) resulted in ECTN13.
Very thin coverage observed in many areas and lots of exposed rocks further into the valley.
Formal pit results below. 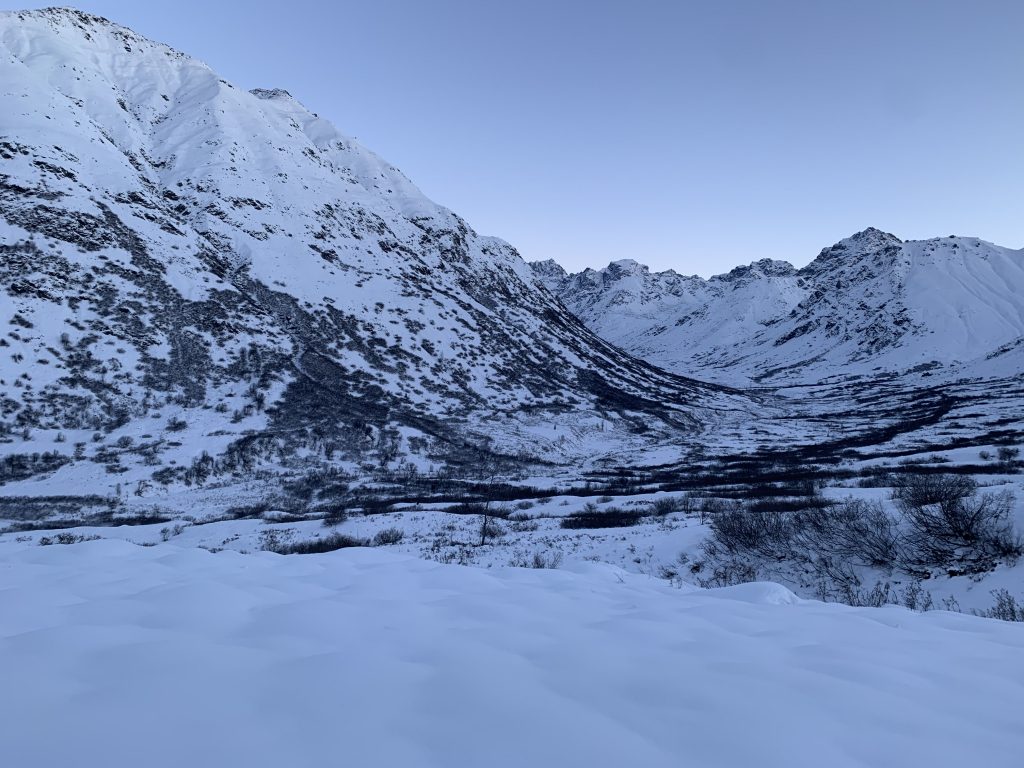 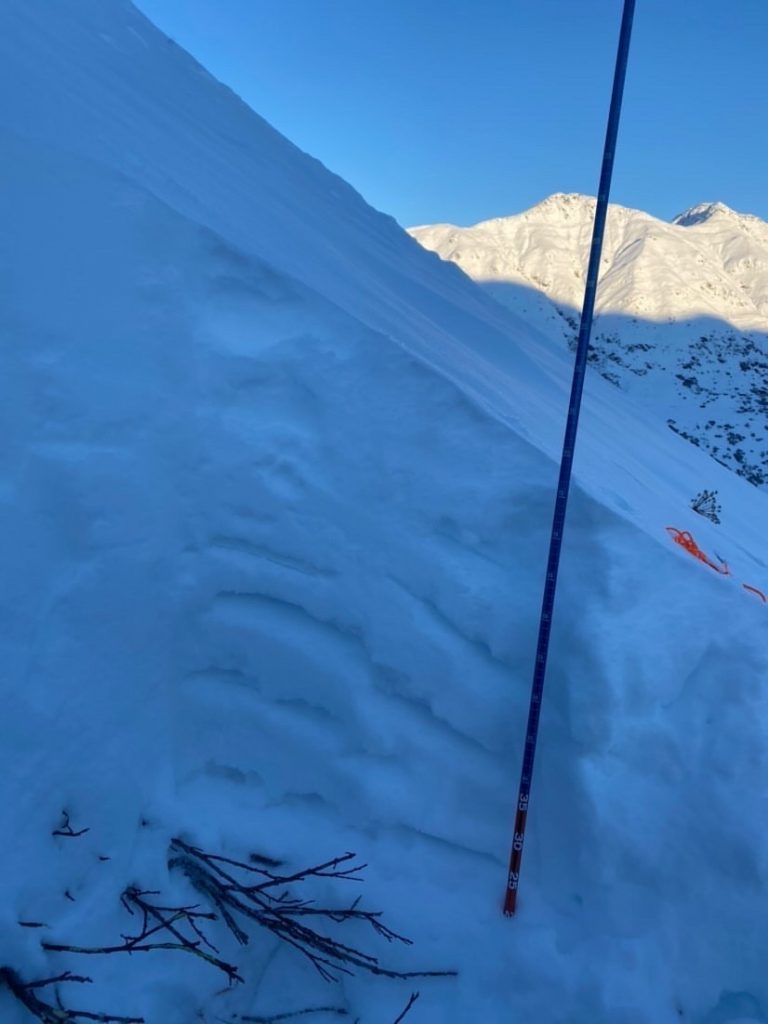 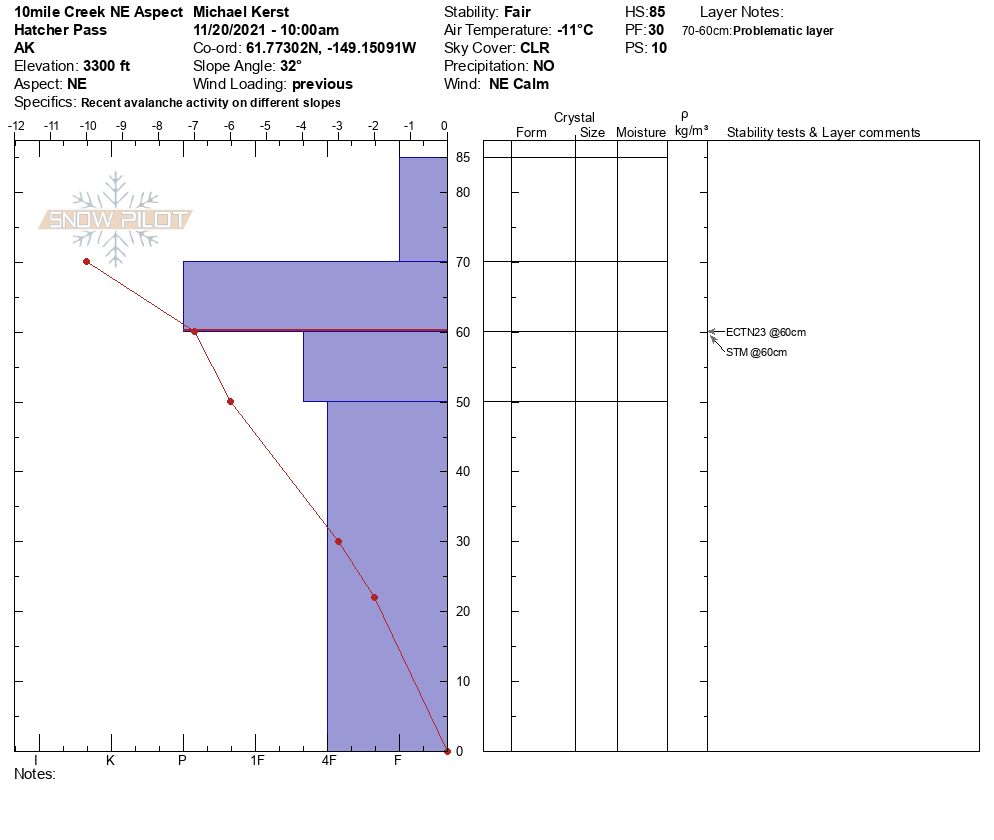 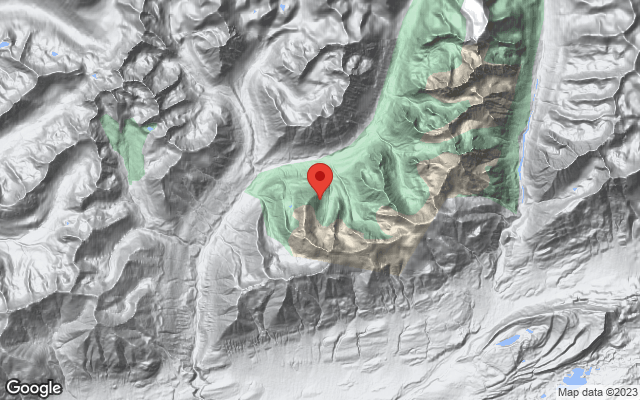