Early November Update:  And it begins! After a mostly dry October, a cool(ish) storm on November 2nd has brought 12-16 inches of new snow to Turnagain Pass and 12 – 20 inches to the mid and upper elevations in Girdwood Valley. At sea level, there was generally a rain snow/mix. Prior to this, 2-6 inches of snow fell on October 26th that was just enough to whiten the mountains. Temperatures stayed cool enough for that snow to mostly stick around until this last Nov 2nd storm. So right now, there should be anywhere from 14-24 inches of total snow depth at the mid and upper elevations, clearly deeper where the winds have blown it into drifts. Ridgetop winds were strong with the snowfall on Nov 2nd, averaging ~40 mph out of the east with gusts in the 70’s.

As of this writing (Thurs morning, Nov 3rd), the weather forecast is for cold and partly to mostly sunny skies for later today through the weekend. Northwest outlfow winds are expected today and Friday – blowing 30-40 with gusts as high as 60mph in the upper elevations. Wind slabs forming on the ground or weaker snow will be likely. We’re willing to bet there will be a few folks out verifying snow depths and experimenting with early season riding conditions. Please pass along your photos and reports! Our staff is busy with the Southcentral Alaska Avalanche Workshop through Friday and we are eager to hear.

Early Season Avalanches:  As the saying goes, “if there is enough snow to ride, there is enough to slide”. Unstable wind drifts and slabs could be easy find, especially above 2,500′. Even a small avalanche can drag one over harsh ground with such little snow cover. As always, watch for those Red Flags!

Is your avalanche rescue gear working properly (beacon, probe, shovel)? How about new batteries in your beacon? It’s time for us all to think avalanches and talk about them with our partners. We want everyone to have a safe and fun early season! 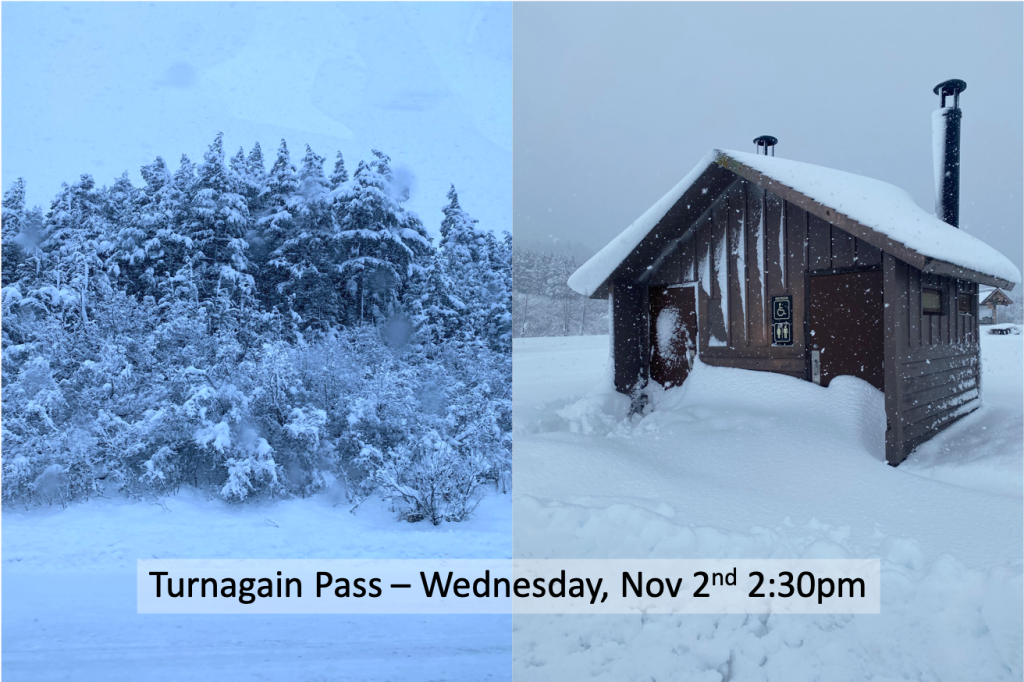 Friday’s workshop:  The Southcentral Alaska Avalanche Workshop (SAAW). This will the 10th annual SAAW and we have a great lineup of speakers. Mostly local and a few from out of state. Topics will range from avalanche beacon interference, close calls, the Hiland Avalanche, and what kind of backcountry partner are you. Check out akavalancheworkshop.org for the schedule and to register! 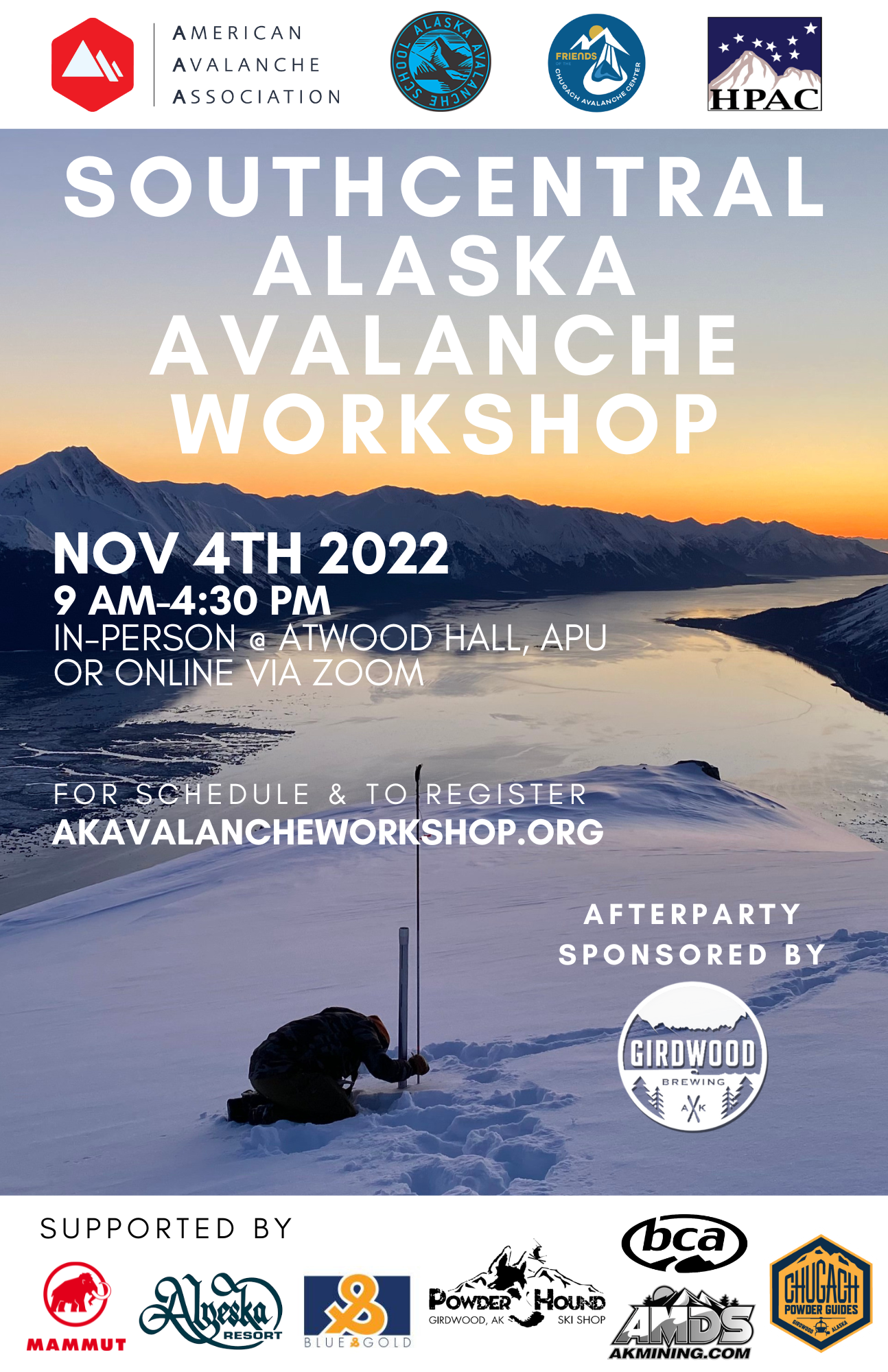