A generally  LOW  avalanche danger exists in the core zone of Turnagain Pass, while areas on the periphery continue to trend from a  MODERATE  danger to a  LOW  danger. Triggering an old hard slab avalanche 2-4′ thick is unlikely, but not out of the question. Areas of most concern are above 2,000′ and in shallow snowpack zones such as Girdwood Valley and South of Turnagain Pass toward Johnson Pass and Summit Lake. Pay attention to afternoon warming and give cornices a wide berth.

If you are headed South of Turnagain Pass check out the  Summit snowpack and avalanche summary.

Yesterday was another sunny, beautiful day in the advisory area with some light NW winds at keeping upper elevations cool.  There was some surface warming on Southerly slopes but no widespread roller balls or wet loose activity observed. Today is forecast to be partly sunny beoming mostly cloudy with a slight chance of snow showers and another day with no contributing factors to snowpack instability. However, this is a good day to look at surface conditions as we anticipate a storm tomorrow and expect the avalanche danger to rise.

The current snowpack has a poor structure with many weak layers that sit 2-4′ below the surface. These layers are composed of facets and buried surface hoar. The slab on top is hard and varies in thickness due to prior wind effect. The snow surface has been beat up by wind and sun over the past three weeks. Although the weak layers continue to adjust and the slab on top is losing its ability to propagate, we are still concerned someone could find just the wrong spot on just the wrong slope and trigger a dangerous avalanche. Places most suspect are thin snowpack zones such as the Girdwood Valley and the South end of Turnagain Pass towards Johnson Pass, Lynx Creek and Summit Lake. Additionally, North and Easterly slopes in general have a thinner pack making them more suspect. Trigger points in this situation are often in thin areas near rocks or in scoured areas along ridges. As always, practice safe travel habits, expose one person at a time and minimize exposure in avalanche terrain.

Snow surface shining in the sun above Spencer Whistlestop yesterday. New snow tomorrow will be falling on a variety of surfaces that it may or may not bond to. 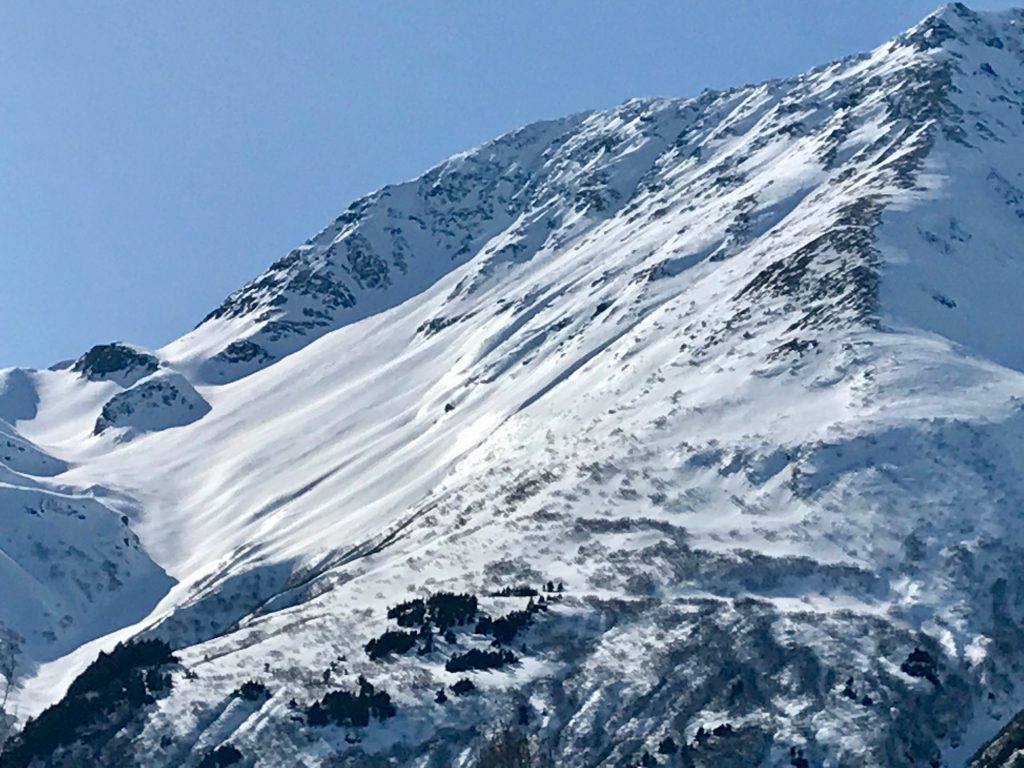 Yesterday was sunny and clear with temperatures in the 20Fs to mid 30Fs. Winds were westerly 5-15 mph. Overnight temperatures were in the teens to mid 20Fs.

Today will be partly sunny becoming cloudy by the afternoon. There is a slight chance of snow showers later in the day. Winds will be light and shift to the Southeast. Tonight skies will be mostly cloudy and snow showers are likely with 1-3″ forecast to fall. Winds will increase with gusts into the 20s.

From the National Weather Service: Tomorrow looks to be a decent snow event for the Prince William Sound and Eastern Kenai Mountains beginning early Wednesday morning lasting through Thursday afternoon.   An upper level low will bring in cold temperatures aloft and decent southeasterly flow, which will favor the eastern coastal mountains.   The heaviest snowfall looks to be between Wednesday and Thursday afternoon, with up to 2 feet expected near the coast and 1 foot around Turnagain Pass.   With lots of cold air aloft, the atmospheric instability will be rather high and we expect localized heavier amounts. 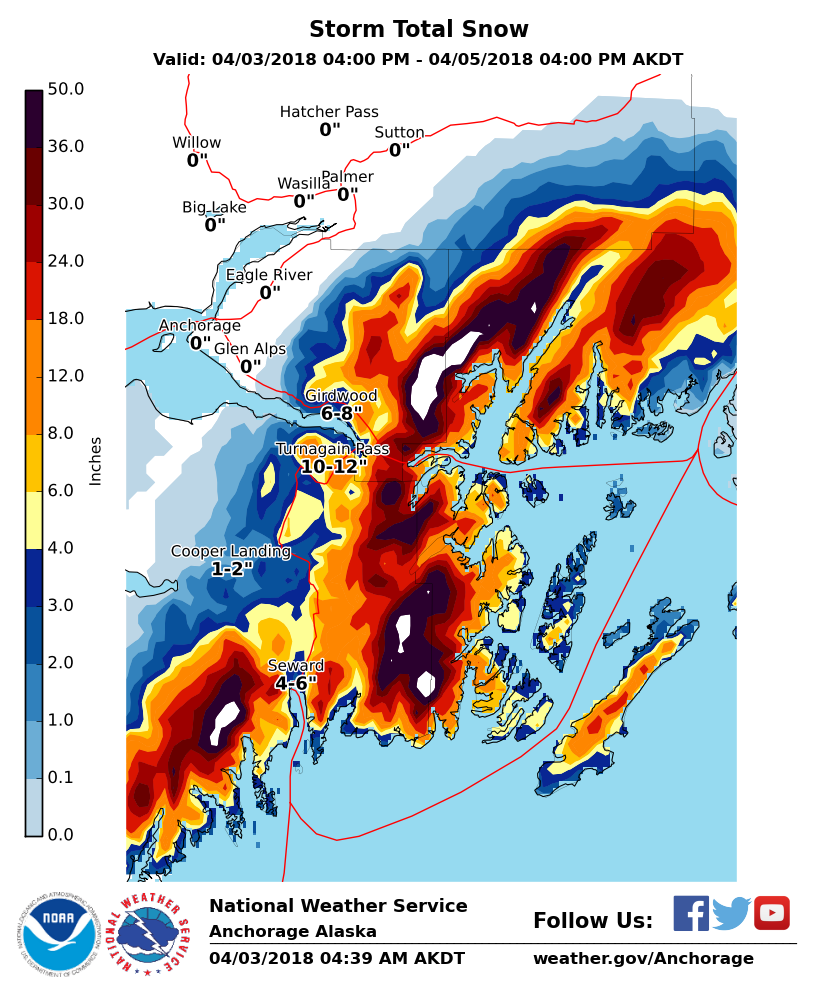