The avalanche danger is  MODERATE  above 1,000′ on all aspects. Human triggered slab avalanches 1-2′ thick remain possible.  Additionally, weak layers deeper in the snowpack may still be triggered, creating a larger avalanche.  Sunshine warming southerly slopes could contribute to instability today.

Persistent Slabs:  Triggering a slab avalanche 1-2+ feet thick remains our main concern. There has been mostly quiet weather and lack of people triggering avalanches over the past week. The persistent slabs are becoming more difficult to trigger with time, but a large and unmanageable avalanche is still possible. Weak layers in the snowpack below your feet or snowmachine should not be forgotten. The January 21st  layer of buried surface hoar with weak facets directly below sit 1-2′ deep in the snowpack. This weak snow continues to show signs of reactivity. Red flags may not be present before a slope releases and it may not be the first person on the slope that triggers the avalanche. The most likely place to find this avalanche problem are slopes that have not seen significant traffic this season.

Sunshine:  It’s that time of year when we need to pay attention to the sun. On calm days the sun can heat up Southerly aspects enough to melt surface snow. This heating can also cause a slab sitting on a weak layer to become more reactive. Keep this in mind if you are enjoying Southerly aspects later in the day.

Wind Slabs:  Watch for old wind slabs that could pop out on steep slopes. Steep rocky terrain where the slab is not supported from below are the most suspect. These hard slabs often break when you are out onto them.

Cornices:  Avoid traveling under cornices and give them a wide berth on ridges as they can break back further than expected. 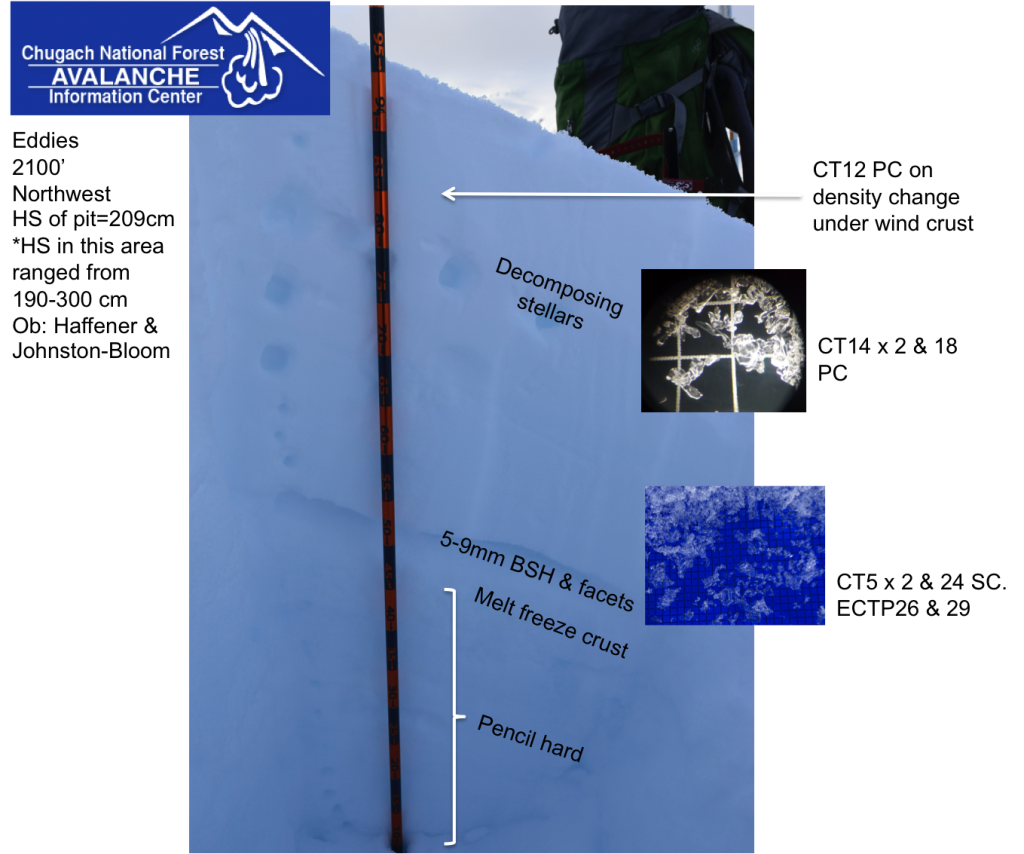 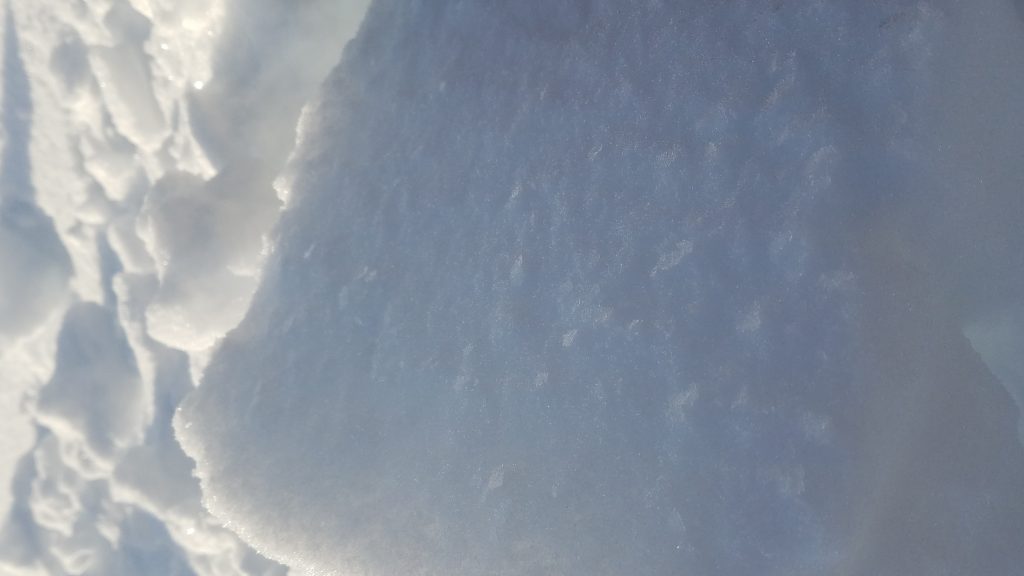 As you plan your day, keep in mind that there are deeper persistent layers that could ‘wake up’ if you find the wrong spot above 3,000′ in the Alpine. At these high elevations, old weak layers of facets and buried surface hoar sit in the bottom half of the snowpack. This structure is most pronounced in places with a thin overall snow cover, such as the South end of Turnagain Pass and the Summit Lake area.

Yesterday was partly cloudy with skies becoming progressively clearer throughout the day. Temperatures were in the mid 20Fs to low 30Fs with a minor inversion in place. Winds were light and variable.

Today is forecasted to be similar with the clouds that built overnight decreasing through the day and skies becoming mostly sunny. Temperatures will be in the mid 20Fs to mid 30Fs. Winds will be northerly 5-15 mph with gusts into the 20s.

Tomorrow will be mostly cloudy. There is snow in the forecast for Thursday but precipitation amounts are still uncertain. From NWS:  A fairly strong and moist trough will approach Southcentral from  the west on Wednesday night and cross the area on Thursday.