The avalanche danger is  MODERATE  above 1,000′ for triggering a slab avalanche 1-3′ thick.  Slopes with signs of recent wind loading will be the most suspect for triggering an avalanche. Additionally, watch for easily initiated  loose snow avalanches (sluffs) on steep slopes.

The 1-2′ of snow that fell on January 26th, loaded a layer of widespread surface hoar that was buried on January 21st.  Snow falling on a persistent weak layer is generally a cause for concern. However, the snow was so light the avalanche activity over the weekend only occurred on slopes where the snow was just cohesive enough from wind effect to act like a slab. The advisory area received additional wind Sunday night, that moved snow around and affected surface conditions, especially in Girdwood Valley where the winds were stronger and more sustained. There were no reported human triggered avalanches yesterday. Despite the cold and clear weather now slowly faceting away the slabs, there is still the possibility of finding and triggering lingering slabs in leeward terrain today.  Remember that the surface hoar is lurking underneath the recent snow. Pay attention to areas where the snow feels stiff, looks pillowed or sounds hollow and watch for shooting cracks.

Snow pit from Lynx Creek that shows the surface hoar under the new snow. In this pit it was not reactive. 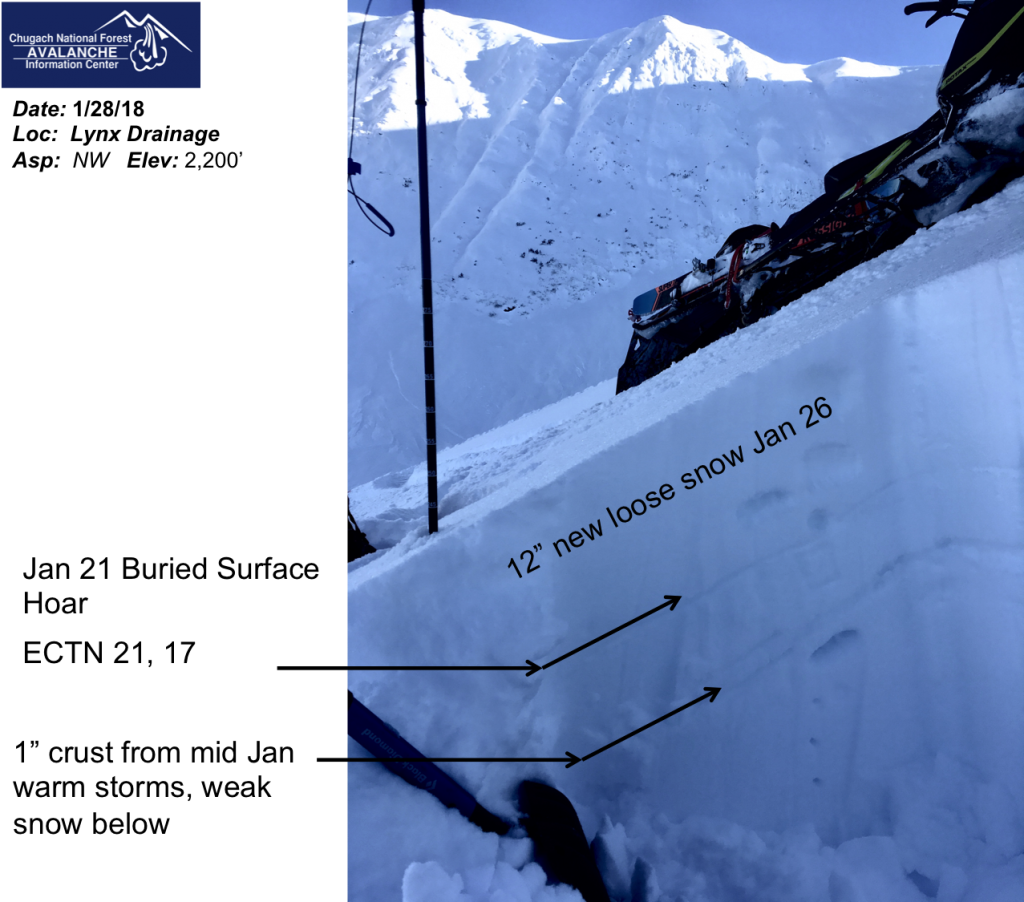 Small avalanche in God’s Country. The snow along the ridge is noticably wind affected. This avalanche may have been remotely triggered (tracks not in photo) over the weekend or a natural from winds on Sunday night. 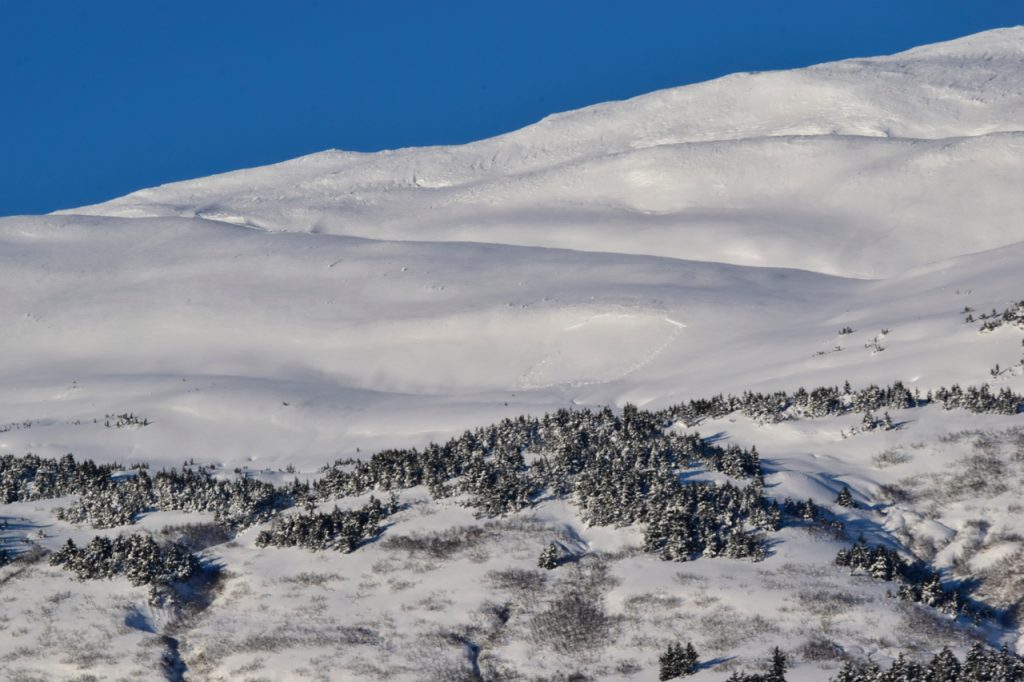 Watch your sluff – loose snow avalanches ‘sluffing’ is possible on steep terrain features protected from wind. As the cold weather continues to loosen and facet the surface snow, expect sluffs to become larger and faster by the day. 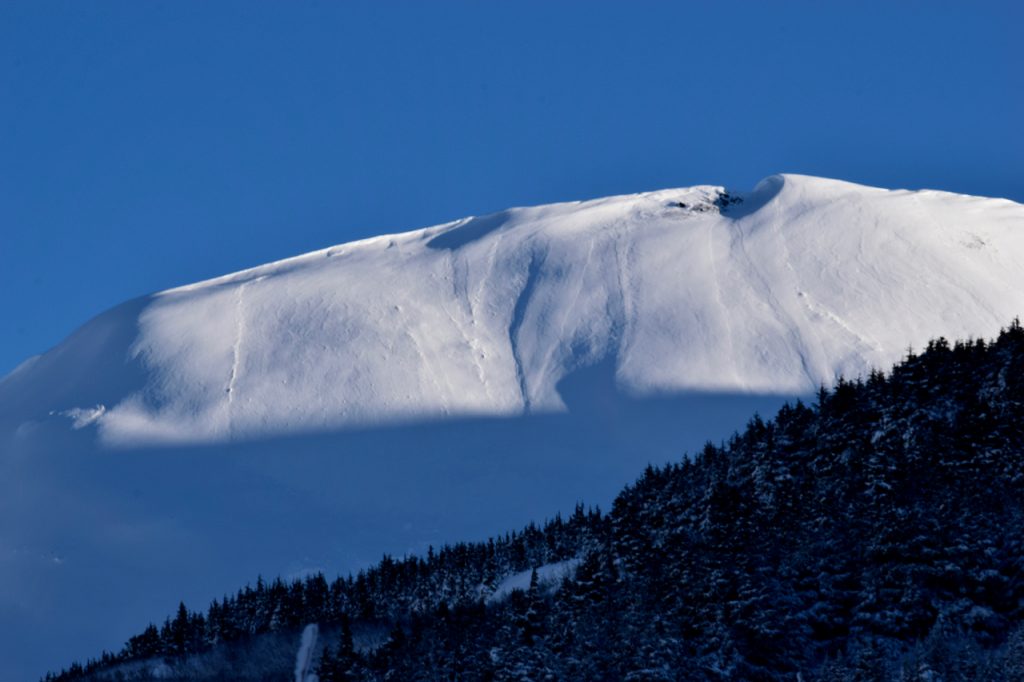 Triggering a deep slab is becoming unlikely, but is still not out of the question above 3000′. In the high elevation snowpack there are a variety of weak layers in the mid pack and near the ground. Because of this poor structure, there is still a chance of triggering a deep slab if you find the wrong spot. The most likely trigger spots are in thin areas in the snow cover, often near rocks, or where the slope rolls over.

Today will be clear and sunny again with temperatures in the single digits to high teens. Winds will be calm. Tonight clouds are forecast to increase.

Tomorrow will be cloudy as a low moves into the Western Gulf bringing snow to Kodiak and sending clouds our way. Sunny and clear weather looks to be the theme again for the remainder of the week into the weekend. There is discussion of pattern change bringing warmer air and precipitation but the timing is still uncertain. Stay tuned!