There is a MODERATE avalanche danger in the mountains surrounding Turnagain Pass for a variety of avalanche concerns. First, wind slab avalanches around 1 foot thick will be possible to trigger above treeline on slopes that were loaded by winds yesterday and the day before. Second, on the steeper terrain that has seen little wind effect,  expect to trigger sluffs that could be high volume and run far. Lastly, in the lower elevations (below 2,000′, such as the Placer Valley area), watch for soft slab avalanches 12-18″ thick that could release on a layer of buried surface hoar.

Wherever you choose to chase the fresh snow today, remember safe travel practices can make the difference between a good vs. a bad outcome if someone is caught in a slide. These are, expose one person at a time, group up in safe zones, have an escape route planned and watch your partners!

Thanks to everyone that attened the first Avalanche Rescue Workshop at Turnagain Pass yesterday! Our next workshop will be Saturday, February 11th – mark you calendars and come refresh your rescue skills!! 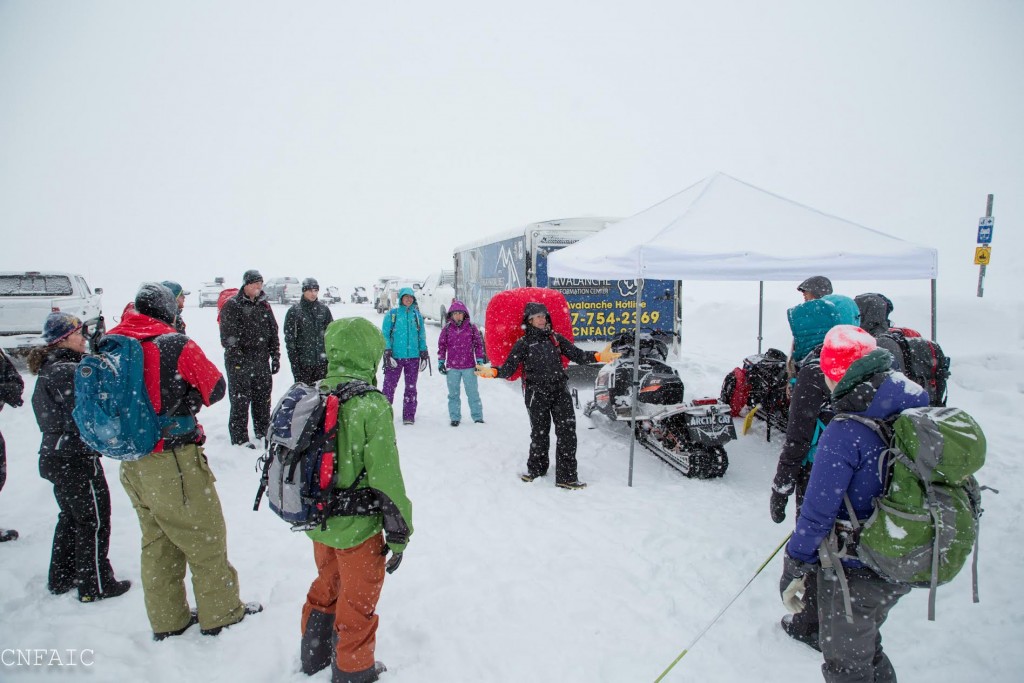 Yesterday’s impressive snowfall event not only made the news, but also caused a bit of havoc on the Southern Kenai. Here is a rundown of the snowfall numbers around the region – including many areas outside our forecast zone:

Storm Totals: (estimates based on manual reports and station data)

Another 1-3″ is expected in favored areas today. All this snow is very low density and fallen with relatively little wind. As you can see, our forecast zone (mountains around Girdwood and Turnagain Pass) were the losers in the event and avalanche danger remains at MODERATE for slab avalanches and sluffs. A party skiing the Cornbiscuit area triggered several shallow slab avalanches yesterday as well as high volume sluffs. Check out their report on the link.

If skies clear enough for travel to the upper elevation slopes, keep a lookout for where the winds drifted snow during the storm. Triggering a wind slab on the steeper slopes is possible, these are likely to be on the shallow side, 8-12″ thick, and could break well below the ridgeline as was the case with the folks on Cornbiscuit yesterday. Feel for hollow feeling snow, stiffer snow over softer snow and cracks that shoot out from your snowmachine, skis or board.

There is a significant amount of loose snow from not only yesterday’s storm but the snowfall earlier in the week. Expect sluffs to be triggered on slopes approaching 40 degrees. These are likely to be high volume and run fast and far. Sluff management will be key.

At the lower elevations, below 2,000′, a layer of buried surface hoar exists under the last two snowfall events (12-18″ below the surface). Slab avalanches failing on this layer are possible where the snow on top is stiff enough to form a slab. In most locations, the snow is too loose and therefore triggering a slab in unlikely, but it seems the party on Cornbiscuit may have found one of these lower slopes that did indeed have enough of a slab on this suspected buried surface hoar. The lower terrain in Placer Valley is a prime suspect for this set up.

Photo: Buried Surface Hoar 18″ below the surface – seen as a thin grey line. This was at 1,700′ on the Southern end of Turnagain Pass – Pete’s North (Galoob and Haffener). 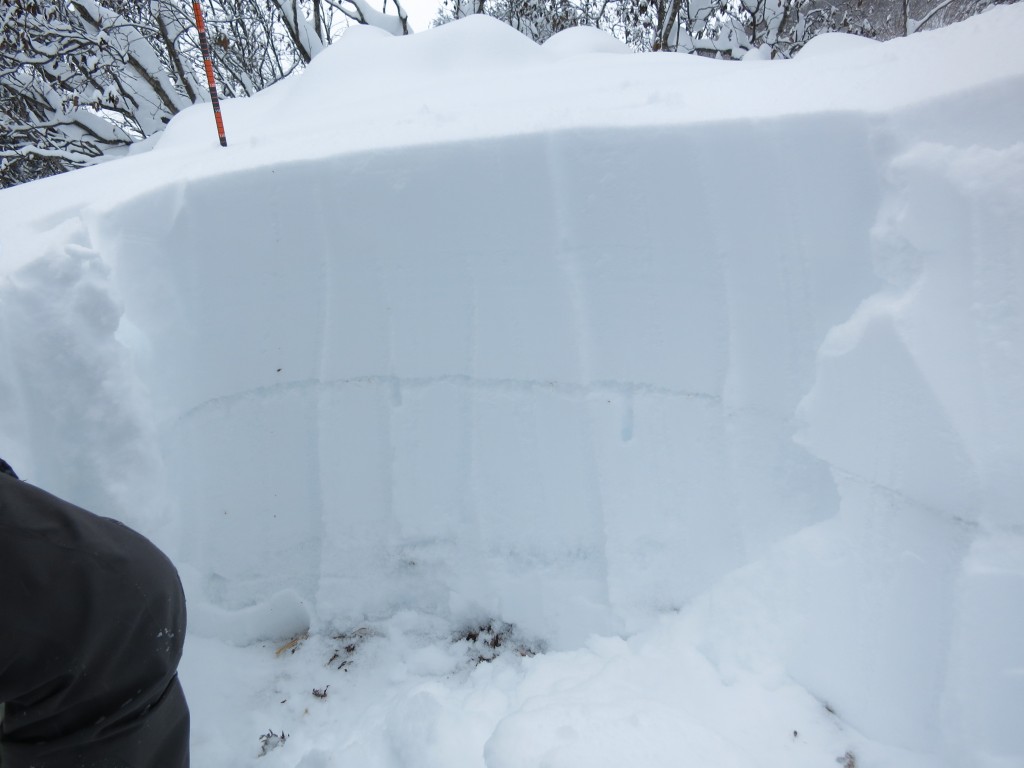 At the upper elevations, there are a variety of weak layers in the middle of the pack as well as the base of the pack. These are more pronounced in the Girdwood Valley and the Southern end of the Pass where the snowpack is thinner. Although, we have not seen avalanche activity break in these older weak layers, it is good to keep this in mind if venturing into the less traveled zones.

Yesterday’s snow storm, as mentioned above, brought very different snow amounts to the region. Snowfall tapered off at most locations during the day and skies have mostly cleared overnight. Ridgetop winds associated with the snow were 15-20mph from the East and have backed off to 5-10mph overnight from the East. Temperatures have been in the teens at all elevations during the past 24-hours.

Today, instability snow showers are expected to add 1-3″ in favored areas. This means, opening skies in some areas and cloudy with light snowfall in others. Ridgetop winds should be light from the South and East, 5-10mph and temperatures continue to sit in the 10-15F range at all elevations.

For tomorrow, there is a break between storms as a large low-pressure system heads our way. This storm should reach us sometime late Monday or Tuesday. Stay tuned!