A MODERATE avalanche danger continues in the mountains surrounding Turnagain Pass. Slab avalanches 1-2 feet thick may be triggered on all aspects and elevations above 1,500 feet. Watch for fresh wind slabs to form today along ridgelines as Northerly winds are expected to increase. Slabs may also be triggered in sheltered areas with softer snow where buried surface hoar exists. Glide avalanches also remain a concern as glide cracks continue to open. 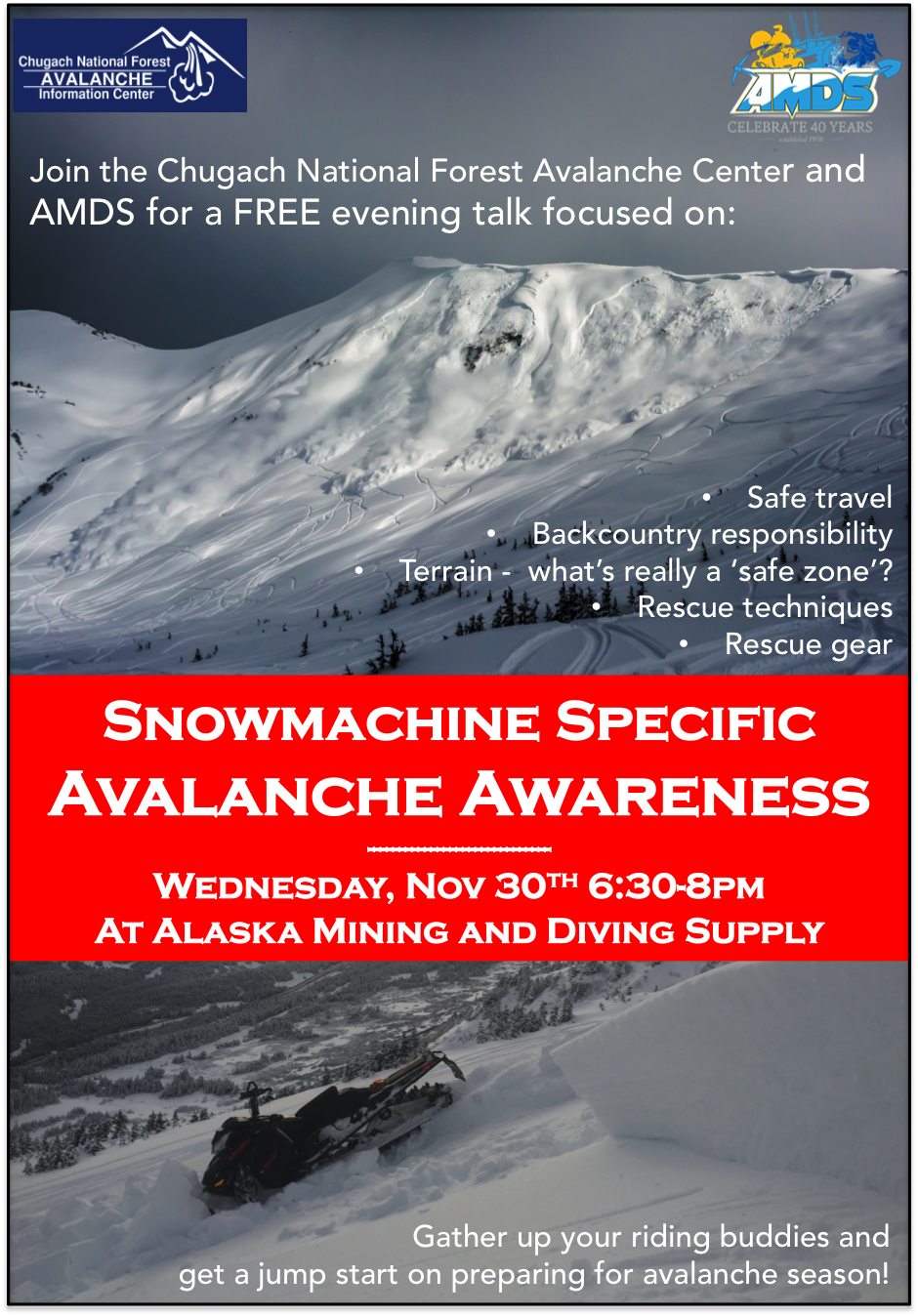 Yesterday was a quiet and cold day on the Pass. There were no new avalanches seen or reported despite roughly 30 vehicles filling the parking lots. The last human triggered avalanches were on Sunday in the Seattle Creek drainage, you can see that report HERE. That said, there is still a significant portion of terrain that has not been touched and uncertainty exists, especially on these slopes.

The fact remains that a layer of buried surface hoar sits roughly 1-2 feet below the surface and observers continue to find it reactive. The most suspect slopes are ones that have not avalanched in the past two weeks, since the layer was buried on Nov 16. These slopes can be a bit tricky to suss out. So what does one do? It depends on your personal risk tolerance – if choosing to get onto steeper slopes use safe travel practices:

Winds are forecast to pick up today from a Northerly direction. With loose snow remaining in areas, fresh wind slabs are likely to form on leeward slopes. These will likely be shallow but still could pose a problem if deposited where the Nov 16 buried surface hoar sits underneath, or in steep terrain with high consequences. Keep your eye out for what the wind is doing with the snow today.

**Sunburst weather station will hopefully be back online in the next couple days.

Watch for glide cracks and remember to limit time under these, there have been a handful that released last week. *Several cracks have been opening in popular terrain like Tincan’s Common bowl and the SW face of Sunburst.

Yesterday was cold and clear. Temperatures reached the single digits at most elevations. Winds were light and variable and there was no precipitation.

Today, Tuesday, another cold single-digit-day is on tap. North winds along ridgetops are forecast to bump into the 20-30’s mph and will help chill the day even more. Ridgetop temperatures have increased slightly and sit in the mid-teens. No precipitation is expected.

The next chance for snow looks to be Wednesday night into Thursday – stay tuned!