Today a MODERATE avalanche danger exists both in the Alpine and at Treeline. Above 2500′ triggering an isolated wind slab (1-2′ thick) could be possible on steep leeward terrain features. Below 2500′ in the Treeline zone, Glide cracks can release naturally and without warning. These problems can be avoided by carefully managing the terrain, assessing the snow, and avoiding zones with known glide cracks.

Should storm totals exceed the forecasted 3-5 € of snow today the danger could rise to CONSIDERABLE. Monitor changing conditions and alter your plans  accordingly.

A LOW avalanche danger exists below 1000′ where triggering an avalanche is unlikely.

Our condolences go out to the family and friends of a snowboarder buried and killed in an avalanche yesterday at Hatcher Pass. We also want to extend a heartfelt €˜Thank You’ to the many people who participated in the prompt rescue efforts. Visit the Hatcher Pass Avalanche Center for more information about avalanche details and click HERE for the ADN article.

WIND SLABS: Three inches of new snow was recorded overnight and another 3-5” is expected today. Yesterday Easterly Ridgetop winds were sustained in 30’s mph and today moderate Easterly winds will continue into early afternoon. Remember wind has a unique ability to deposit snow 10 times faster than falling snow alone, thus isolated slabs could be as thick as 1-2’ on leeward aspects or cross-loaded features. The interface where this new snow is accumulating may harbor a poor interface (weak snow grains sitting a smooth bed surface.) This combination of wind, new snow and bed surface has the potential to create reactive wind slabs that could be triggered by a person or machine. Be on the look out for active wind loading, shooting cracks or ‘wumpfing’ sounds. Should you observe any of these obvious signs today keep your slope angles below 35°.

STORM SLABS: In places protected from the wind small storm slabs have the potential to become touchy. Temperatures have warmed slightly and this new snow is falling on low-density old snow sitting on a firm bed surface. Today’s forecasted snow totals will likely make for small low consequence slabs that will be isolated to steep terrain features. However if you see snow depths exceeding 6”, storm slabs could become large enough to catch a person in the wrong place. Thus today it will be important to monitor changing snow conditions and be aware consequences of any given terrain feature.

Active windloading was observed in Summit Lake and the Sunburst Weather Station recored mulitple gusts in the 50’s mph yesterday. 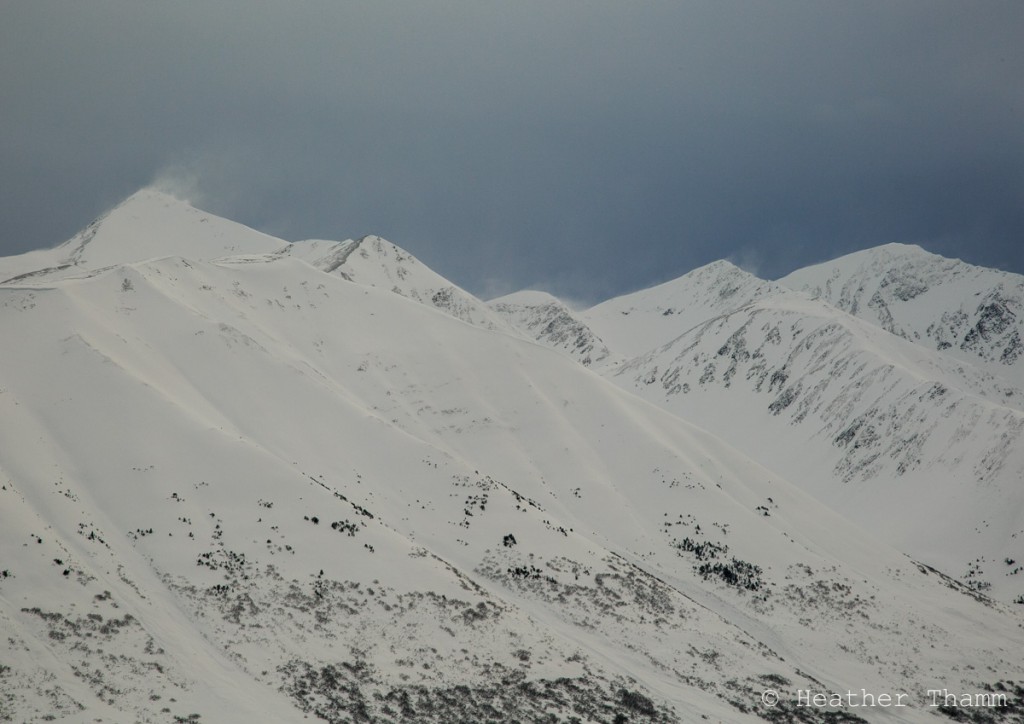 The glide crack problem continues to haunt Turnagain Pass. Yesterday a glide released on Seattle Ridge just minutes before we arrived. We didn’t talk to anyone who witnessed it in motion, but did hear some funny stories about being surprised by its sudden appearance.

Glide cracks can form and release in seconds or days later or sometimes a glide crack won’t release at all. A good example of this can be seen in the photo diagrams below documenting two glide cracks on Seattle Ridge over a 24-hour period. The glide with a small visible crack released spontaneously where the larger glide crack on a similar slope had little change.

This unpredictable avalanche problem is best to avoid. Limit your exposure time in the run-out of a glide and do not test your luck on a slope below it. Today’s visibility is likely to be poor, which can make it challenging to see existing glides. In general these cracks have been observed all along the East face Seattle Ridge in the 1500’ to 2500’ elevation band. As of yesterday morning the snow machine uptrack did not harbor any cracks, but given their spontaneous nature it is not impossible for one to form. See yesterday’s Advisory and visit our Observations Page for more pictures of existing glides in the area.

The left hand glide released around ~10am on January 16th and the glide on the right released sometime bween January14th – 15th. East face of Seattle Ridge. 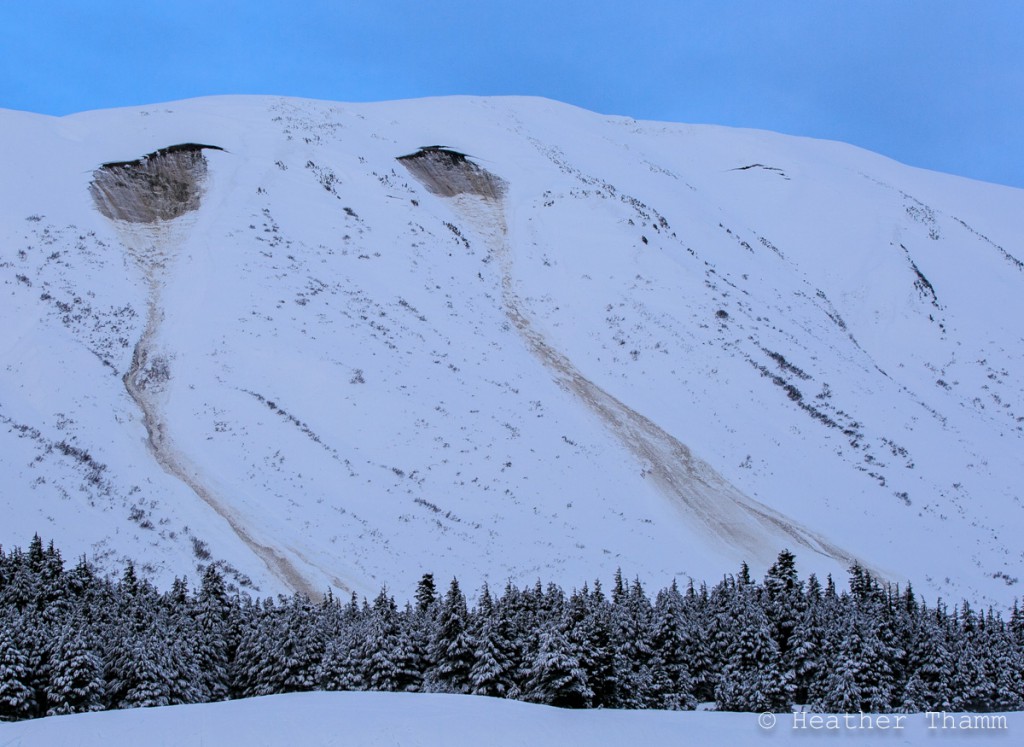 Glide release observed within a 24 hour period on Seattle Ridge.

Observed over the same amount of time as glides above, this glide had little to no movement.

Yesterday 3 € of new snow was recorded at the Turnagain Pass SNOTEL. Easterly tidgetop winds averaged in the 30’s mph with gusts in the 50’s mph. Temperatures increased overnight to 33F along the road at Turnagain Pass (1000′.)

Today rain and snow is expected below 1000′ and accumulation of 3-5 € of snow is expected at higher elevations. Easterly Ridgetop winds are starting to decrease, but could remain 15-30mph along ridgetops through the afternoon.

Tomorrow, Martin Luther King Day, a chance of rain and snow is expected with similar temperatures as today.