The avalanche danger is LOW in the Treeline and Alpine elevations today.   Isolated pockets of 6-8 € wind slab may be encountered in the highest elevations around the Girdwood Valley.   It is in these isolated areas, on the periphery of the forecast zone, where the danger is MODERATE.

Attention Ladies:  SheJumps, CNFAIC, and Alyeska Resort are joining forces to host a 2 hour avalanche companion rescue clinic at Alyeska Resort on Sunday, Feb.8 from 1pm-3pm. This is a free clinic for ladies only, and is a great place to practice your beacon skills. Click  HERE  for more info.

It has now been three weeks since the snowpack received any significant load.  In those three weeks a total of 4” of snow fell in 1” increments.  Temperatures have remained seasonable and winds have for the most part been calm.

What this all adds up to is a snowpack that is generally well adjusted.  Triggering an avalanche is possible, but falls into the “outlier” category.

Low volume loose snow avalanches can be triggered on very steep (>40 degrees) sustained slopes.  Watch your sluff and steer away from it, especially around terrain traps.

Isolated pockets of recently formed wind slab 6-8” in depth may be found in the higher elevations around the Girdwood Valley.  If you make it into these areas, be on the lookout for stiff and hollow sounding snow on steep leeward slopes.

Glide cracks are scattered throughout the forecast area.  Minimize time spent under glide cracks as they can release without the normal warning signs.

Aside from these snowpack issues you can expect to encounter firm and icy conditions on approaches (see photo below) with rocks and stumps being obstacles to avoid while exiting the mountains. 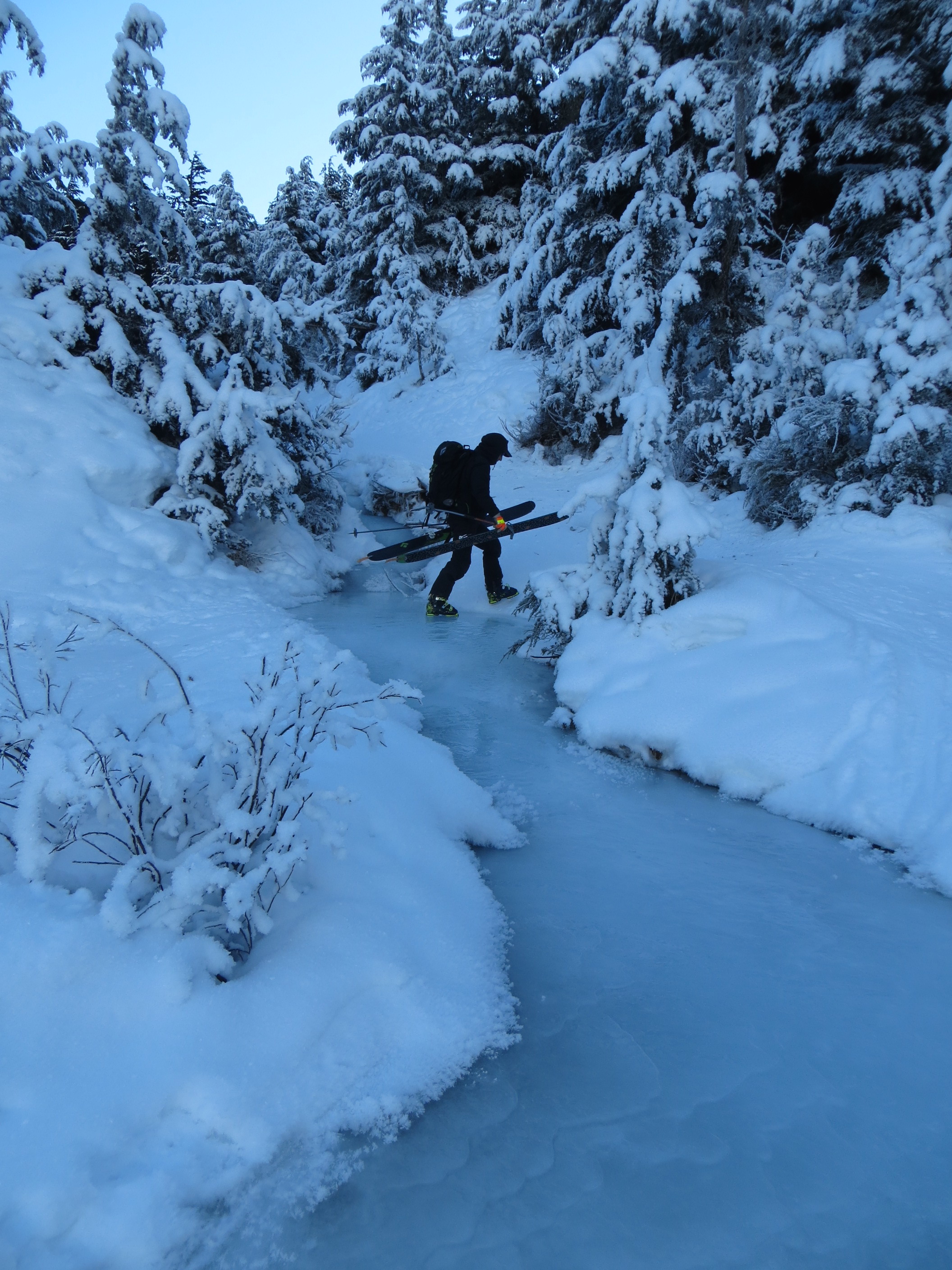 A much anticipated wind event for Southcentral AK took place over the last 24 hours.   Fortunately Turnagain Pass was spared in this outflow event.   We found winds to be calm on ridgetops while in the field yesterday.   Light plumes coming off of the higher peaks around the Girdwood, Twentymile, and Portage Valleys could be seen occasionally during the day.

Wind in mountainous terrain is not straightforward. Pictured here are plumes coming off a peak above Twentymile from North winds on Feb 6th. The wind anemometer at sea level shows winds out of the South. photo: Fitzgerald 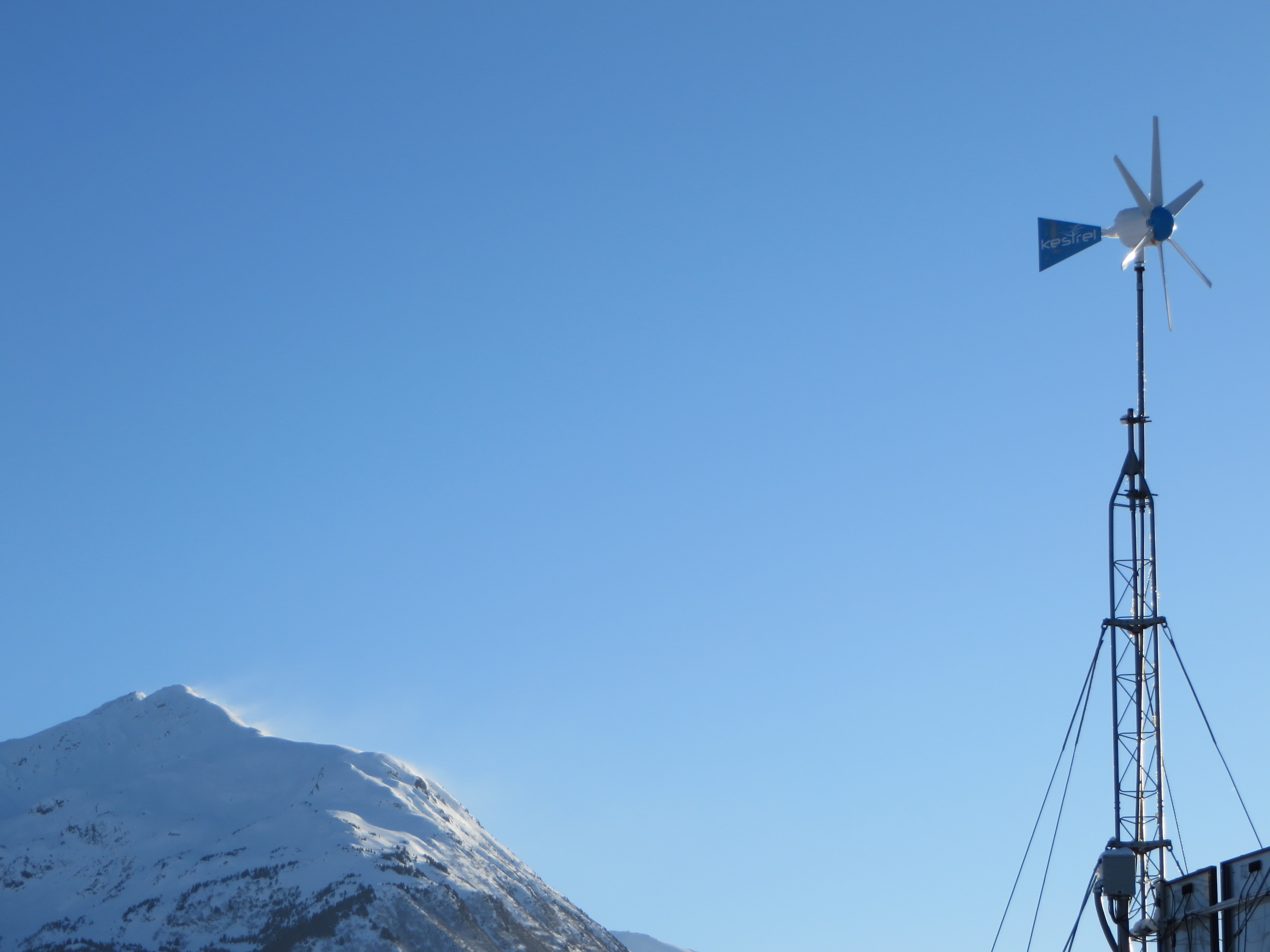 Temperatures were cold, with ridgetops averaging in single digits F.

Today will be a cold one, with temps to remain in the single digits F at ridgetops.   Winds will be light out of the North at 5-10mph.   We may see some high clouds streaming in from the East as a result of Low pressure spinning in the Gulf of Alaska.

The extended outlook is showing a welcome change in the overall pattern.   High pressure that has dominated lately will break down and allow for moisture to make its way to the area.   The next chance for accumulating snow will come by Tuesday or Wednesday of the coming week.