Over the last two days several natural glide avalanches have occurred and many glide cracks have grown in size. (See photos below) In general it is best to avoid traveling under or near these large frowning cracks.

Over the last 4 days we’ve seen unusually warm temperatures above freezing at lower elevations, which has caused a lot of water to flow through the snowpack. Yesterday morning several glide avalanches were observed on the Eastern face of Seattle Ridge and the Southern face of Eddies, all below 2700′.  Today rain is expected throughout the day increasing the potential for more glide activity.

Glide avalanches are common to Alaska’s maritime snowpack and occur in steep terrain where the bed surface underneath is slick. These rather unpredictable avalanches are not associated with a human trigger. They seem to happen spontaneously during prolonged periods of warming when water has lubricated the ground; as observed by a Level 2 avalanche student yesterday in a snowpit on Seattle Ridge.

In general it is best to not travel underneath or in terrain where glide cracks have formed. Fortunately they seem to be more common in steep extreme terrain and are easy to identify, thus making them avoidable.

At higher elevations there are fewer glide cracks visible, but it is still wise to plan your travel around them. 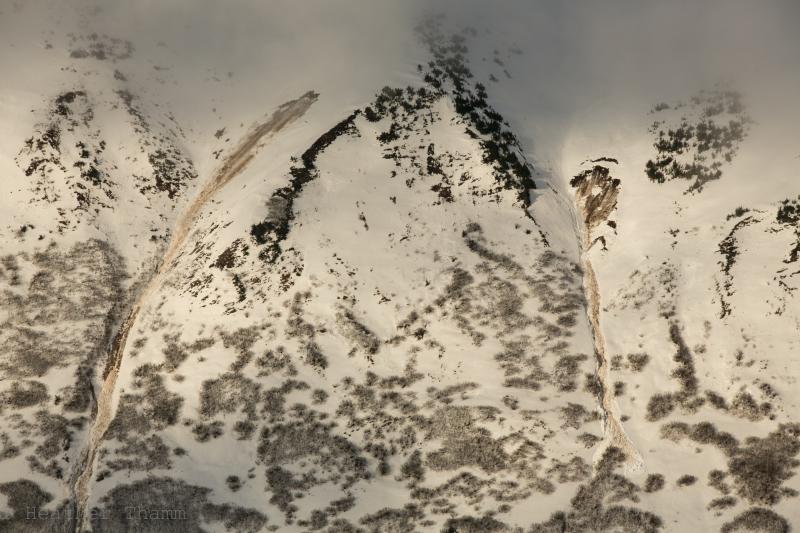 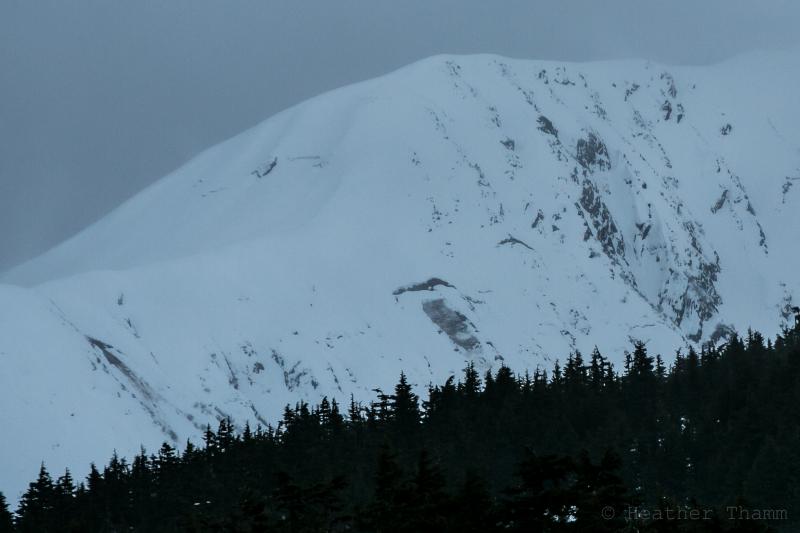 Today rain combined with above freezing temperatures is increasing the likelihood of wet loose avalanches at elevations below 2000’. Over the last 4 days a lot of water has drained through the snowpack causing the snow to become unconsolidated and wet at treeline. Rain today and into tonight could increase the likelihood of small human triggered wet loose avalanches on steep terrain features.

At higher elevations where temperatures have been cooler a solid melt/freeze crust has formed making this problem unlikely above 2000’.  Be aware of an area between 2000’ and 2500’ where breakable crust with moist snow below could be extra challenging to ski/ride through today.

As of yesterday a very supportable melt/free crust has formed above 2500′. Notice the re-frozen rain runnels and old ski tracks on Tincan. 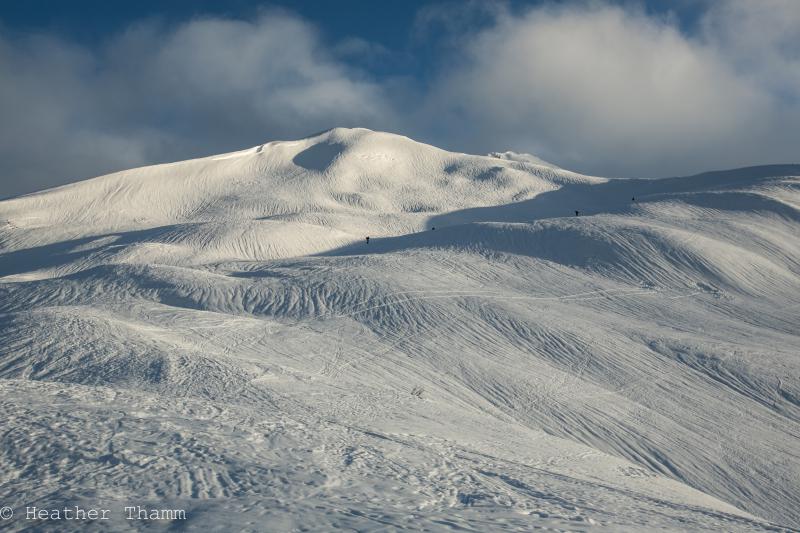 After an initial rain event on Jan. 8th this warm spring-like weather seems to be sticking around into this week. Over the last few days temperatures have been in the low to mid the 30’sF with a 3-day stretch of temps averaging 35F at Center Ridge (1880′) weather station. No new precipitation has been recorded since Jan.8th.

Yesterday temperatures were mild, in the high 20’sF at ridgetops and mid 30’sF at 1000′. Skies were patchy with isolated areas of light precipitation, but no accumulation in Turnagain Pass was recorded. Winds were light in the morning and East ridgetop winds picked up to 10-25mph throughout the day.

Today another low-pressure system continues to bring unusually warm January weather. We expect to see rain starting this afternoon, up to .21 inches at Turnagain Pass. Rain/snow line will be around 3500′. East winds should increase to 25-45mph at ridgetops.

Tonight precipitation is expected to increase with up to 1 inch of water and rain/snow line is expected to remain around 3500′.  East winds will continue to be 25-45mph at ridgetops.

There is some talk later in the week of cooler air from the artic combined with moisture helping us keep our hopes up that snow may be in our future.