DANGEROUS AVALANCHE CONDITIONS exist in the backcountry today and through the weekend. Travel in avalanche terrain is NOT recommended, avalanches can run into valley bottoms and much further than expected.

Hiking trails, such as Crow Pass and Byron Glacier, are threatened from avalanches occurring above. HEADS UP!

Yesterday several large and very large avalanches occurred from Girdwood south to Seward. These are large wet avalanches that are releasing due the snowpack warming dramatically. The pack is literally ‘falling apart’ at the seams and sliding off the mountainsides. This is not a time to be on hiking trails or in the backcountry unless you know for certain you are well away and far out from under avalanche paths. Photos and videos below are from Girdwood Valley on the Goat Mtn. shoulder. 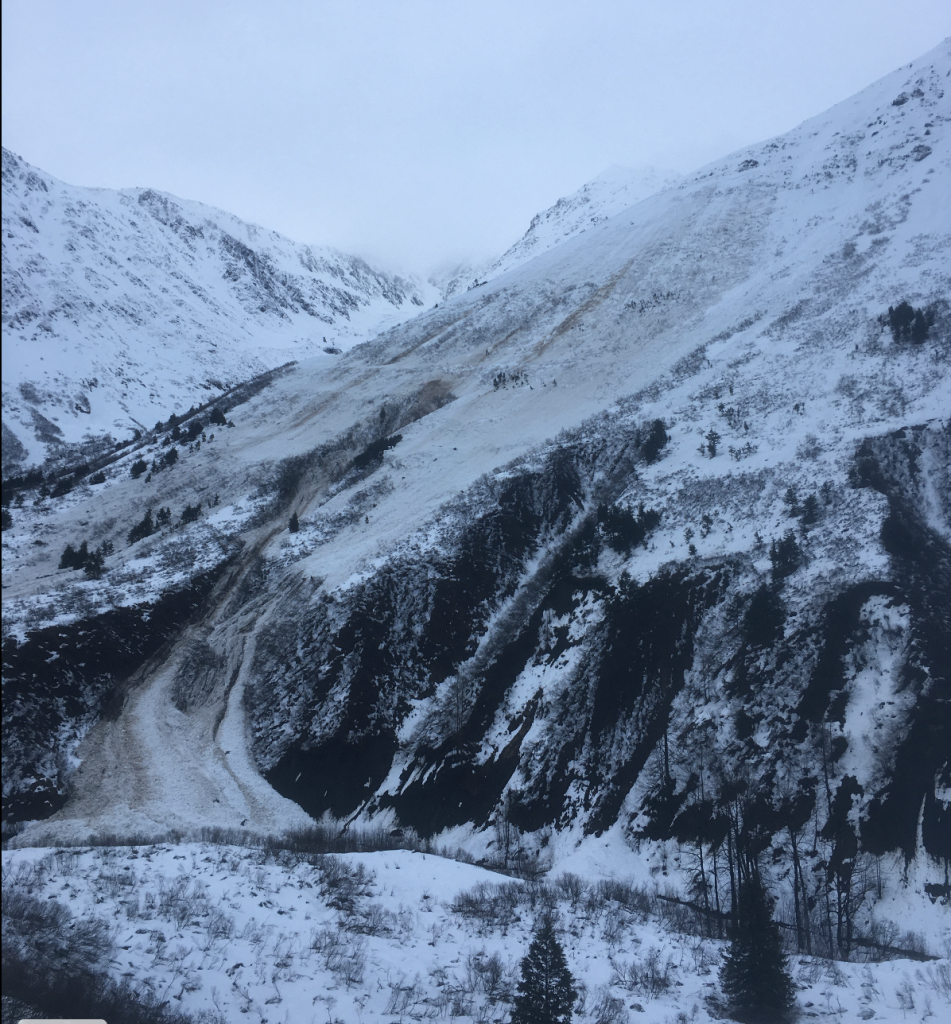 Photo’s above and video by George Creighton, link HERE. Thanks George!

Operations UPDATE:  The CNFAIC Staff would like to thank everyone for their support during the past two weeks of suspended forecasts. We will be issuing our Springtime Tips this weekend. This weekend also marks the end of our regularly scheduled forecast season. We will continue to post observations and highlight any significant rise in avalanche danger through April 24th. At this point, our offices close and our Annual Report will be published.

Weather and Avalanche Outlook for Turnagain Pass and surrounding regions for Tuesday, April 14th and extending through the week:

And, spring looks like it’s finally arriving… After a two week cool spell, marked with mostly sunny skies, cold nights, a few inches of snow, and a handful of windy days, the pattern has changed… Sunday, April 12th, warmer air and moisture started to stream in from the south. Girdwood woke up to ~10″ of new snow at 2,000′ on Monday, April 13th, while Turnagain Pass saw 5-6″. Beginning Tuesday, April 14th, even warmer air is headed in. We are talking 32°F at 4,000′ warm during the pre-dawn hours… The good news however, there is not a lot of moisture expected to make it this far north, hence, weather models are only showing light rainfall for Wednesday and Thursday (Apr 15-16) at this time. Otherwise, it’s looking like generally warm springtime temperatures, cloudy skies and some chances for sprinkles. Keep up to date on our weather page!

Shed Cycle?  The Shed cycle is when the snowpack as a whole loses all cohesion due to melting and it literally falls off the mountainside in large wet avalanches. These types of avalanches are not expected yet, but something we (and you too) should all be watching for. Several nights in a row of above freezing temperatures at the ridgetops along with cloud cover and rain are indicators the cycle may begin. 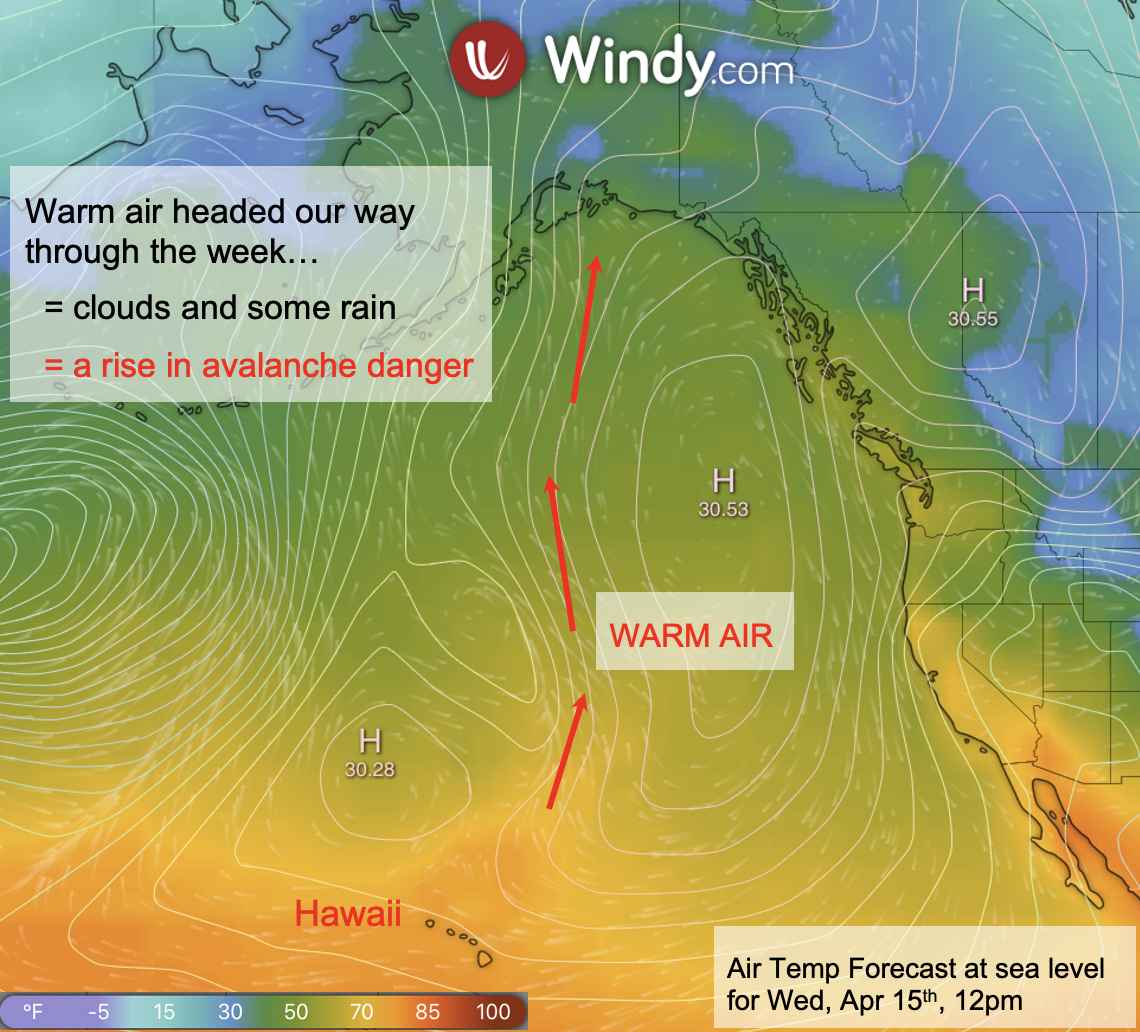 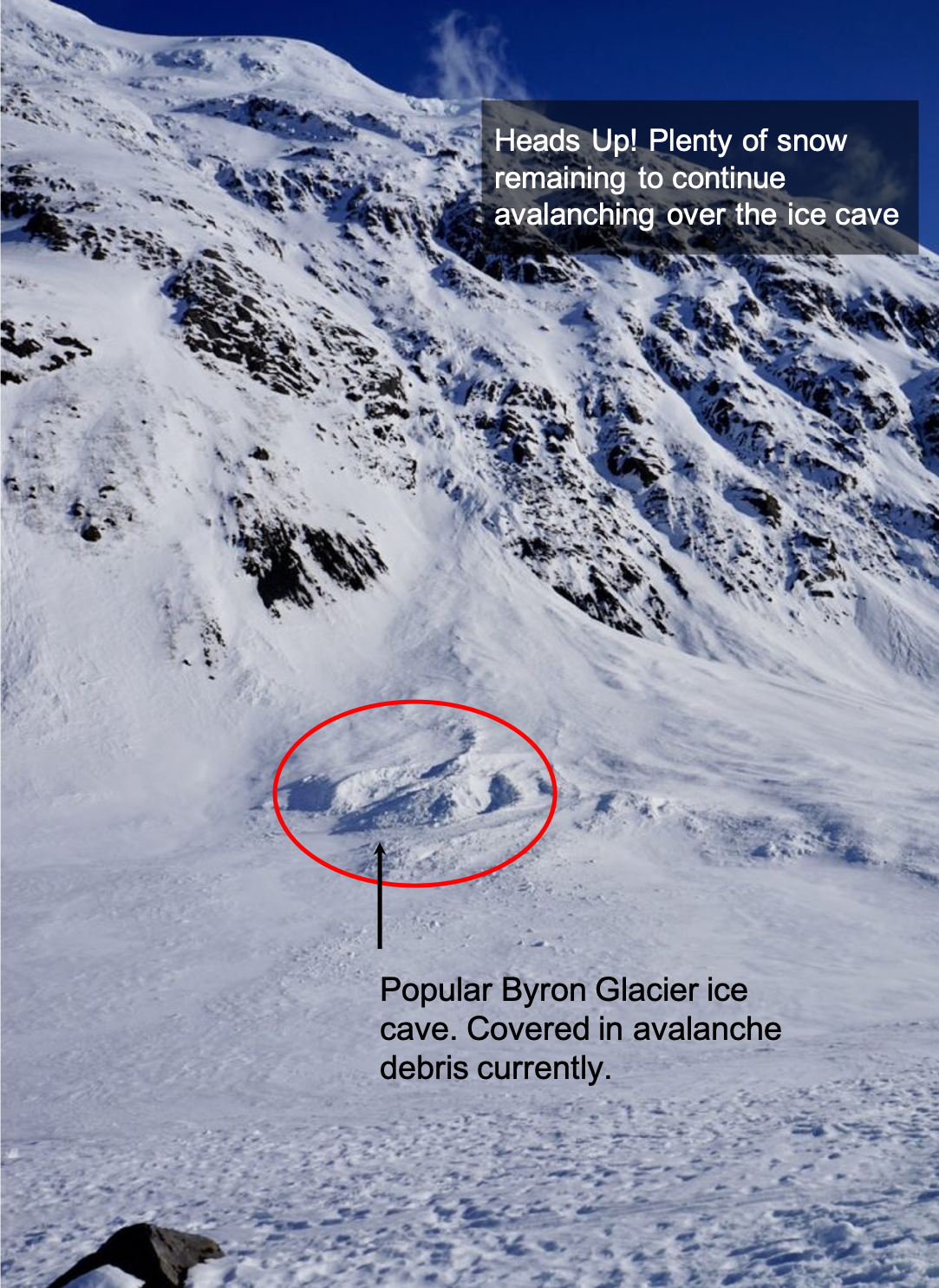 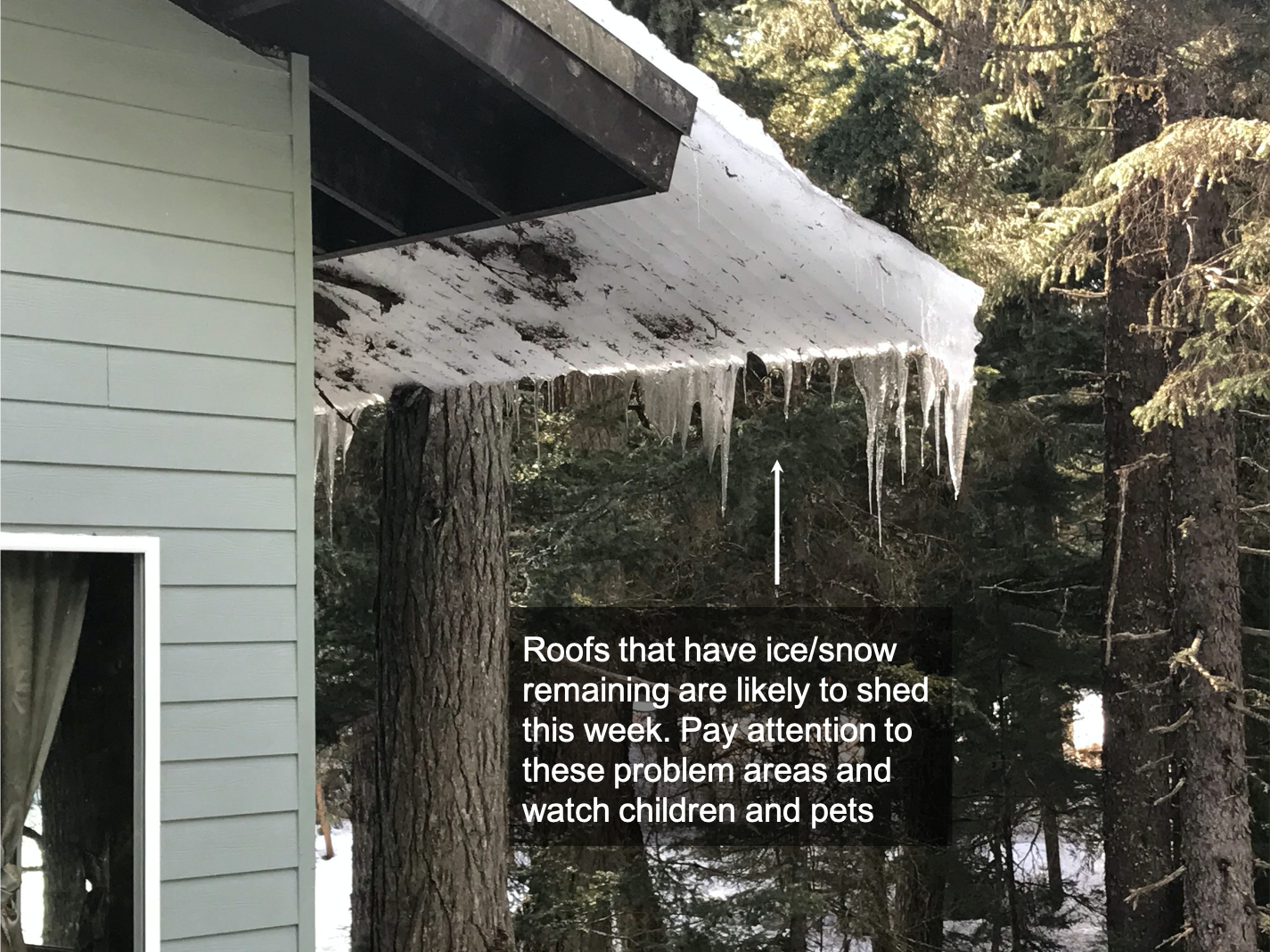