Good morning backcountry travelers this is Carl Skustad with the Chugach National Forest Avalanche Information Center on Saturday March 13th, 2010 at 7 am. This will serve as a general backcountry avalanche advisory issued for Turnagain Arm with Turnagain Pass as the core advisory area (this advisory does not apply to highways, railroads, or operating ski areas).

A trace of new snow in the forecast area this morning. Southeast winds remain light at sealevel, with gusts in the 20’s at ridgetops. Temperatures are 8 to 11 degrees F. The radar shows light scattered showers moving in our direction from Prince William Sound. The satellite indicated more partly cloudy skies. The next weather system looks to be moving into the area tomorrow.

We’ve got some more beta on the human triggered Cornbiscuit avalanche that occurred on Thursday the 11th. It looks like it failed where the snowpack was thin and propagated nearly 500 ft pulling as deep as 6-7 ft. The bed surface and weak layer seem to be the new snow old snow interface that was created one week ago. I think there was enough solar warmth between storms to create a slight crust with facets associated under the crust. This same layer was observed on Sunburst and Sunnyside yesterday. All tests conducted on this layer indicate fair to good stability (CT scores of 23,26,20). The take home is, we have a weak layer and it is difficult to trigger. But, if you do trigger it, it could go big. I would expect to see trigger points for similar avalanche activity on steep south and southwest facing alpine terrain (38 deg. plus) where the snow is thin.

Many big lines were made yesterday on steep terrain and no reported avalanche activity. Make sure you follow your backcountry rituals today. One at a time, watch your partner, carry all your rescue gear and know how to use it, and have an escape route in mind if you travel on large terrain. 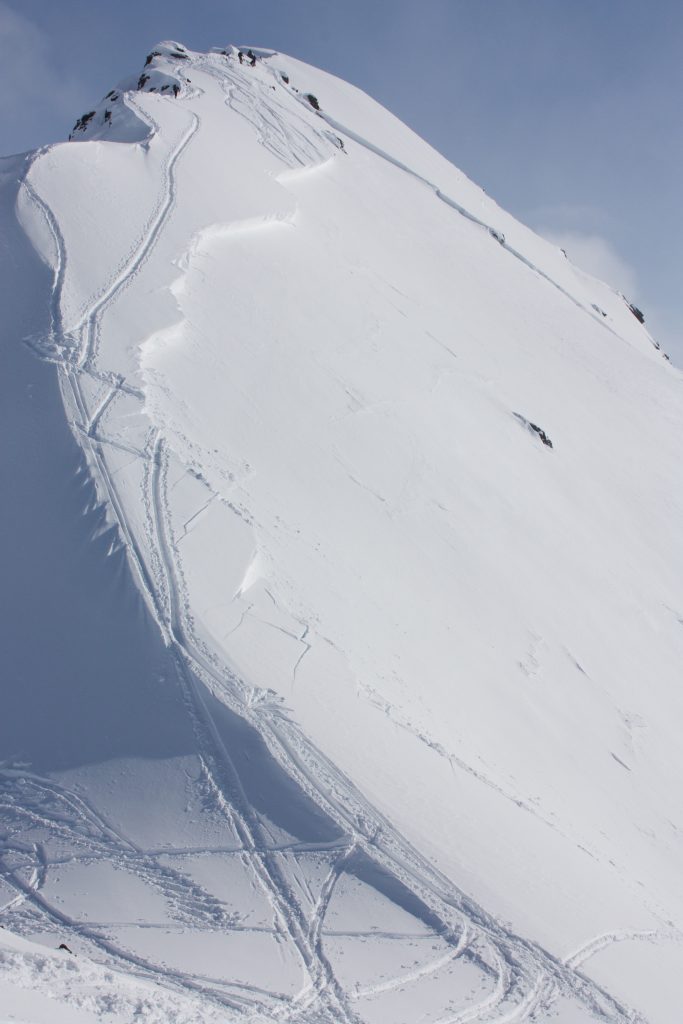 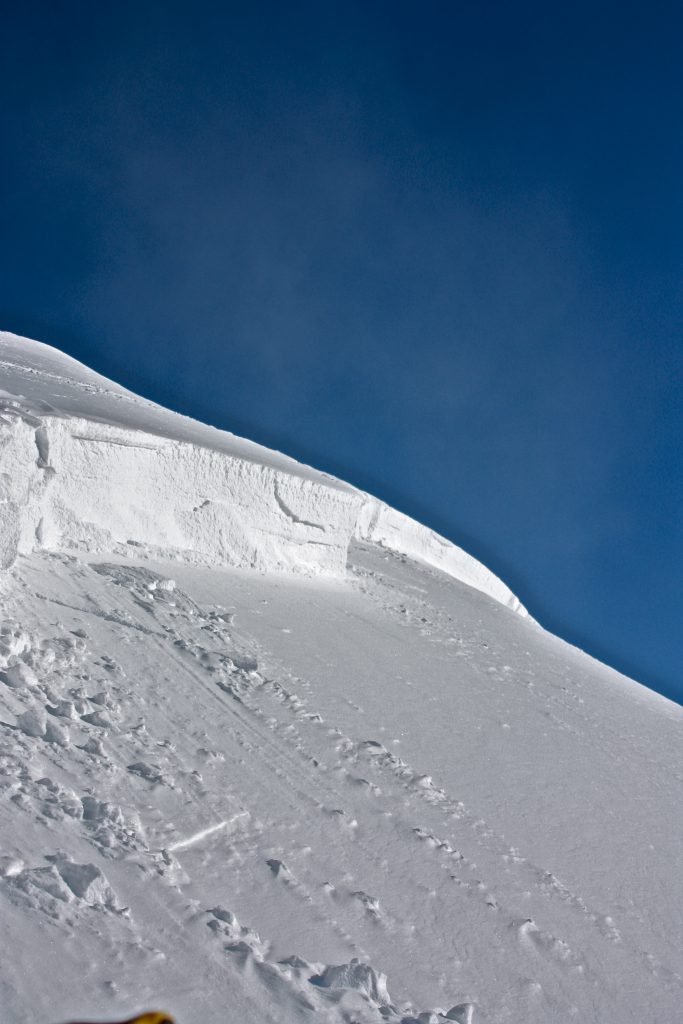 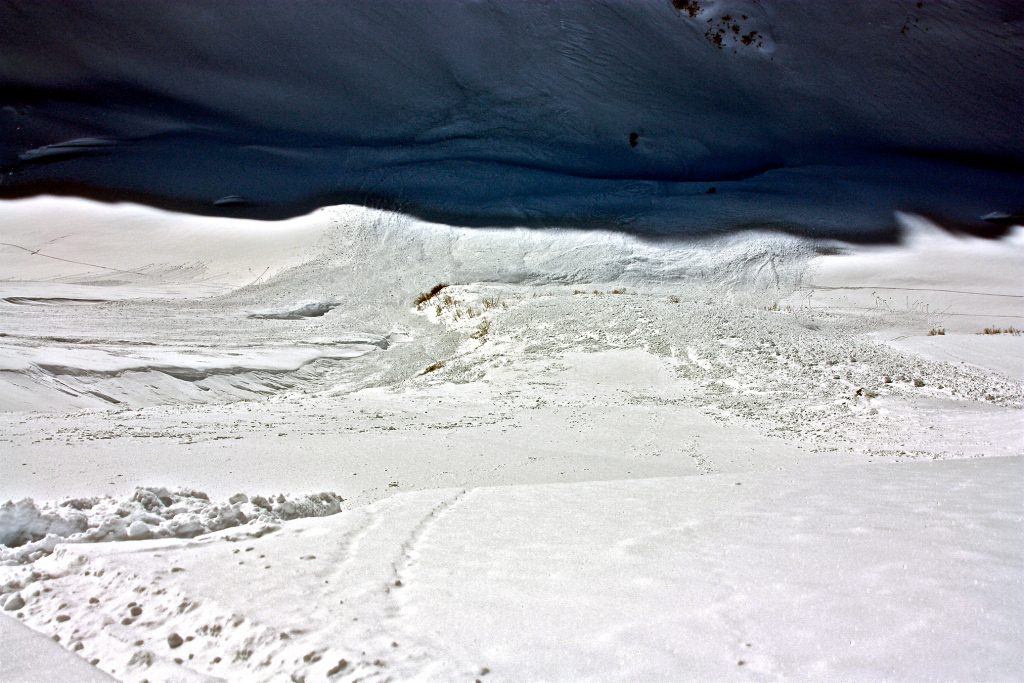 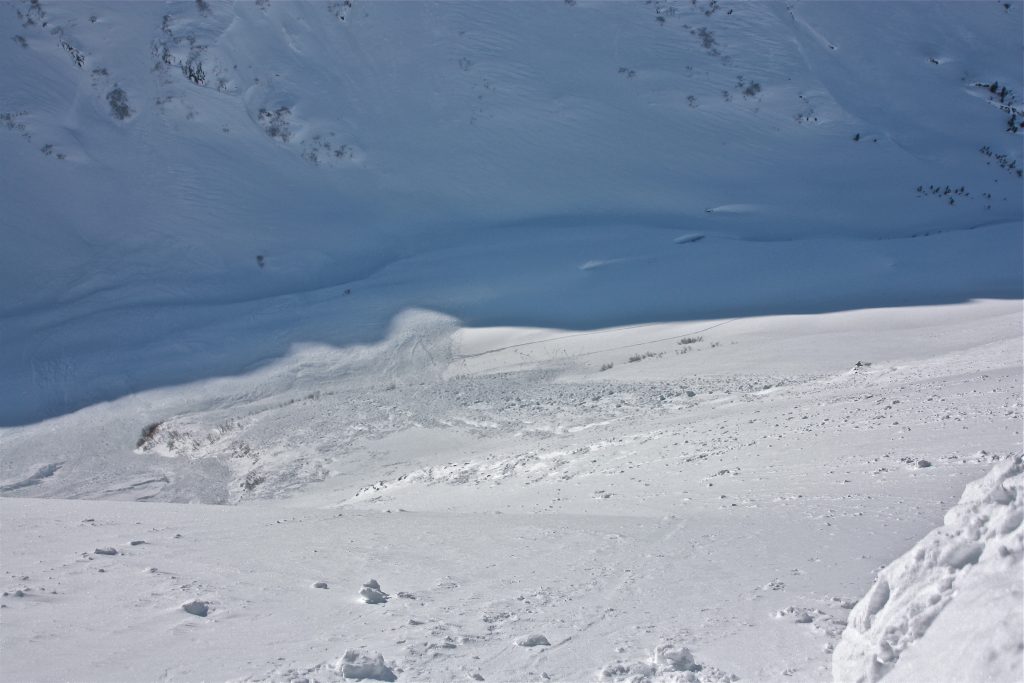 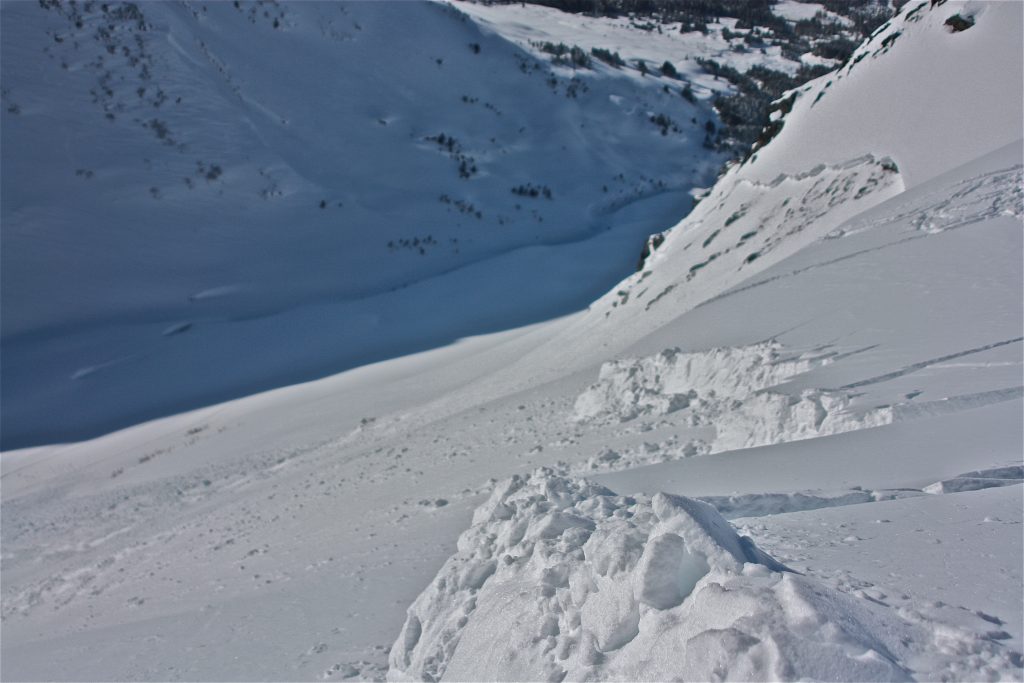 These photos look down the Cornbiscuit avalanche, the debris goes 100 ft up Lipps. Had someone been caught in this avalanche the consequences would have been large. photo: Bailly

.MONDAY…MOSTLY CLOUDY WITH A CHANCE OF SNOW. HIGHS IN THE 30S.

.MONDAY NIGHT…MOSTLY CLOUDY WITH A SLIGHT CHANCE OF SNOW. LOWS

Winds: average east winds are in the upper teens to lower 20’s, gust are in the 20’s

Winds: average SE winds of 7 with gusts to 9