Avalanche accidents in an unusual season: Looking back from the middle of 2020/21

The 2020/21 season has been a difficult year for avalanche fatalities in the U.S. As we enter the beginning of March, 33 people have died in 25 avalanche accidents. This is a grim number, already ranking as the 6th deadliest season since 1925/26 and on track to be the deadliest season since then if we follow monthly historical trends. There are multiple factors at play that are working against us this season. Likely the biggest contributing factor is the widespread dangerous snowpack across the lower 48. Luckily we are not faced with widespread unstable conditions right now in our forecast area, but the season is far from over and that could easily change. In addition to the state of the snowpack, a marked increase in backcountry traffic in the pandemic era means there are more potential triggers (people) moving through the mountains, stacking the odds against us this season. I think most people can agree that we have seen that increased backcountry use that the rest of the country is experiencing.

What can we do to slow the dangerous trajectory of this season’s fatal avalanche accidents? How can we avoid being the next number in a devastating statistic? Hopefully anybody who has been following the news from the avalanche world has already considered these questions. Although the factors playing into this challenging season may be complex, the best way to reduce our risk comes down to basics. With increased backcountry traffic, some folks may be getting out for the first time and others may be pushing into new zones to enjoy solitude in the mountains. Wherever you stand on the spectrum of experience, it is obvious that we all need to take a big step back from the blurry line separating a fun day from a tragic one. This means being aware of the avalanche danger and being a little more conservative with terrain choices. Choose terrain where a miscalculation in snow stability will not have fatal consequences. 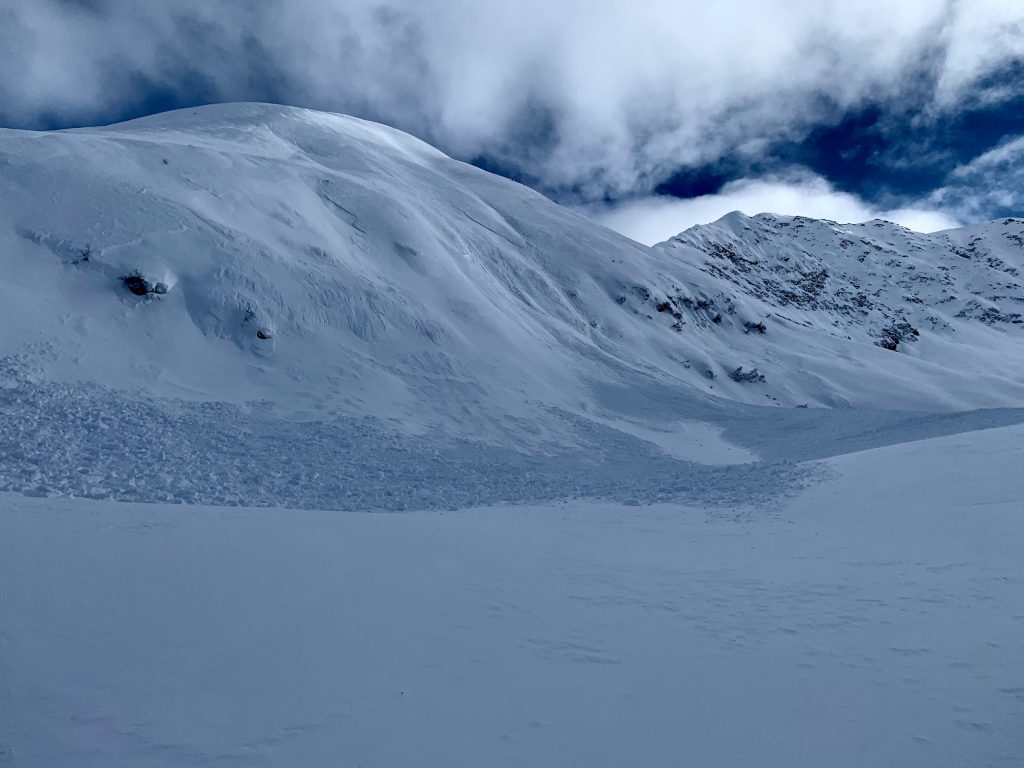 It also means being extra careful about safe travel protocol. Always travel with all of the appropriate rescue gear (beacon, shovel, probe). At least 10 of the fatalities this season have occurred when either victims or their partners were not equipped with full and functioning rescue gear. Some of these victims died from trauma, but others may have survived if everyone had been properly equipped. If you are accessing steep terrain, travel with a partner and limit one person at a time to exposure. Keep eyes on your partners from safe spots– places that are out of the potential avalanche path, but close enough that you are able to facilitate an effective rescue should something go wrong. One of the statistics that stands out this season is the number of avalanches that have resulted in multiple deaths- 4 separate events resulting in 12 fatalities. As Mark Staples from the Utah Avalanche Center points out in this post, these 4 events could have resulted in 4 fatalities with 8 people left alive, if the groups were able to safely manage terrain by only exposing one person at a time.

Thanks to Dale Atkins and the Colorado Avalanche Information Center (CAIC) for compiling and analyzing national avalanche accident data. If you are interested in reading more about any of the accidents, you can find reports and statistics here. The Utah Avalanche Center shared this debrief of a fatal accident that claimed 4 lives in the beginning of February. It can be difficult to read through accident reports, but there are lessons to be learned from these avalanches.

Our condolences go out to all of those that have lost family and friends this year. Let’s all make a conscious effort to make sure that we don’t have any other friends and family members left dealing with another loss. Here’s to a safe and enjoyable second half of our season, and hopefully another refresh before too much longer.